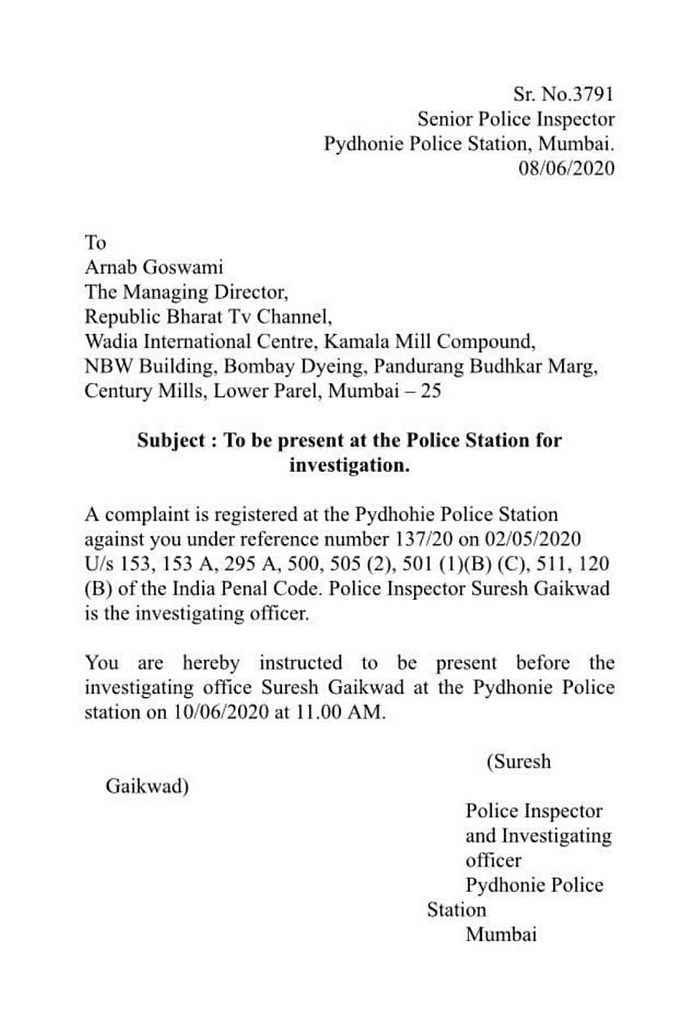 Earlier RSS propagandist Arnab Goswami is being questioned for his statement referring to Congress president Sonia Gandhi in the Palghar mob lynching case.
Congress leaders had accused Arnab for inciting communal hatred and defaming Sonia Gandhi through his prime time show.
Social activist Nilesh Navlakha had lodged a criminal complaint with the Commissioner of Police, Pune, seeking action against Goswami under the Cable Televisions Network (Regulation) Act, 1995, for running the television channel “to create communal hatred, religious polarisation, and threatening national integrity”.
Demanding to dismiss the FIR, Goswami had approached the Supreme Court but the SC not only refused to quash the FIRs filed against Goswami but also refused to transfer the investigation to the Central Bureau of Investigation (CBI)

Share via The absence of four lawmakers posed no imminent threat to the seven-month old Congress-JDS government in the numbers game but suggested that all was not well within the Congress which is still wrestling with dissidence.   The Congress would issue notices to absentee MLAs Ramesh Jarkiholi, who was dropped as minister in the Read More…

Share via Two out of the four disgruntled Congress MLAs, against whom a disqualification petition is pending with the assembly Speaker, Friday met party leader and former chief minister Siddaramaiah here and reportedly pledged loyalty to the party.   “MLA Shri Nagendra and Shri Ramesh Jarkiholi met CLPleader Shri @siddaramaiah along with minister Shri Zameer Read More…

Share via Congress president found an unusual admirer in Goa   Deputy Speaker and BJP MLA Michael Lobo, who praised Gandhi a day after he called on chief minister Manohar Parrikar in the state assembly.   “Rahul Gandhi came on a special visit to greet our ailing CM Manohar Parrikar. His simplicity, humility has to Read More…

96. Dissociate from the jealous.