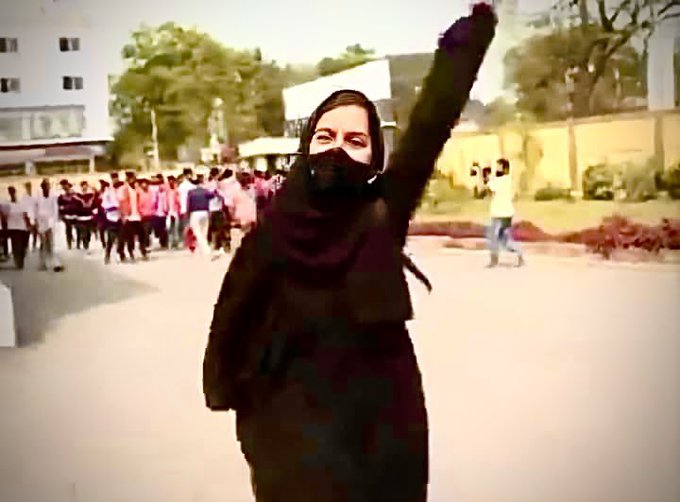 In a confrontation caught on camera, Muskan was heckled by slogan-shouting young men wearing saffron scarves, but with out yielding  she fights back, at Mandya pre-University college.

Colleges across Karnataka have seen rising protests by hijab-wearing students on one hand and men wearing saffron scarves on the other.

The protests started last month at the Government Girls PU college in Udupi when six students alleged they had been barred from classes for insisting on keeping on the hijab.

The protests spread to more colleges in Udupi and other cities like Mandya and Shivamogga, with college staff banning the hijab – though rules allow it – and many students taking a confrontational position by showing up in saffron scarves and shouting slogans.

Multiple incidents across Karnataka today saw the hijab versus saffron scarves fight taking a more communal turn with violence in cities like Harihara and Davengere.

As protesters threw stones at each other, the police had to use tear gas and batons to restore order.

Muskan, the student in hijab seen standing up to a large group of saffron scarf-wearing men at a college in Karnataka today, said she “was not worried” about facing them alone and that she would keep fighting for her right to wear the hijab.

As the hecklers shout “Jai Shri Ram” and advance towards her, Muskan shouts back: “Allah hu Akbar!”

She found  shouting the words as the group seems to follow her to the building. Finally, officials seem to escort her away from the men.

“I was not worried. When I entered the college they were not allowing me just because I was wearing the burqa,” she told Tv media .

“They started shouting Jai Shri Ram. So I started screaming Allah hu Akbar. The principal and lecturers supported me and protected me.”

She said while she knew about 10 per cent of the men in the group as students at the college, the rest seemed to be outsiders.

“This only started last week. We used to wear the burqa and hijab all the time. I wore the hijab in class and used to remove the burqa,” Muskan said.

“The hijab is a part of us. The principal never said anything. Outsiders have started this. The principal has advised us not to carry the burqa. We will continue to protest for the hijab. It is just a part of being a Muslim girl…”

“I feel safe. Since morning, everyone has been telling us we are with you.

Nobel laureate Malala Yousafzai has weighed in on the controversy over Muslim students alleging that they were not allowed to enter campuses and classrooms wearing the hijab in Karnataka. The girls’ education activist tweeted that “refusing to let girls go to school in their hijabs is horrifying.” 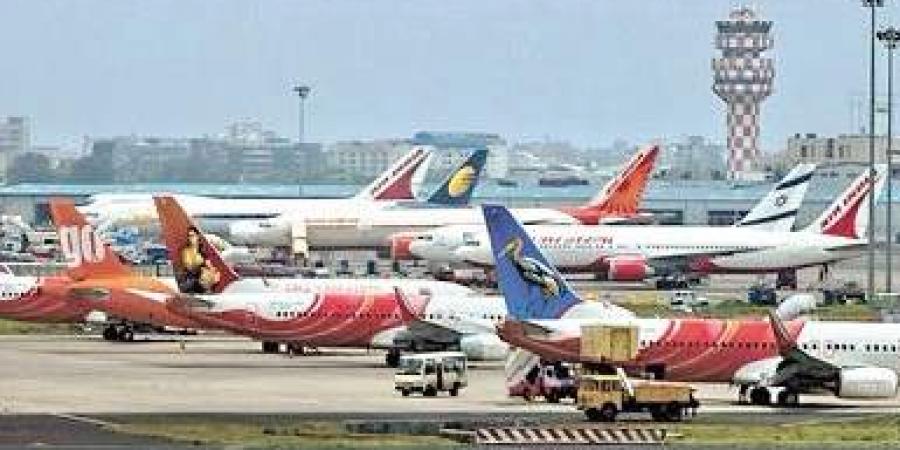 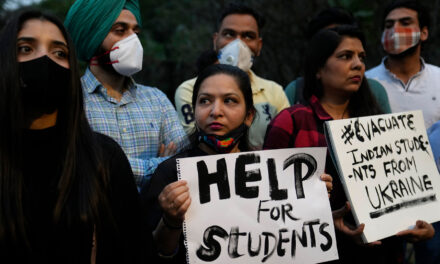 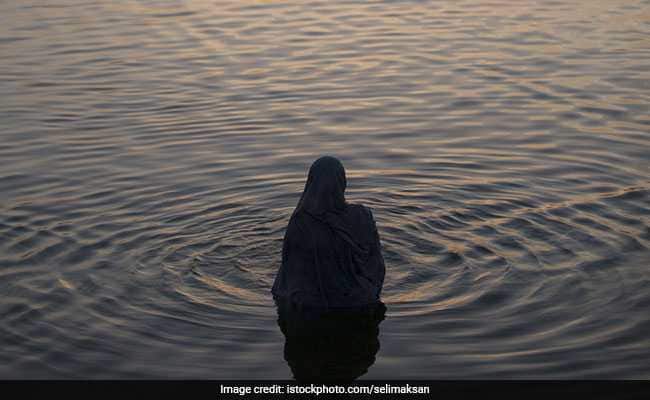