Skip to content
Share via
Farmers in Punjab and Haryana held massive protests on Friday as part of the call for ‘Bharat Bandh’ against three farm Bills recently passed in Parliament, throwing normal life out of gear for several hours.
In Haryana, farmers braved the sweltering heat and started converging at the highways and other designated protest places and raised anti-government slogans.
Thousands of farmers held massive protests as part of the call for a ‘Bharat Bandh’, blocking highways and railway tracks to register their ire against three farm bills passed by Parliament
[splco_spacer] 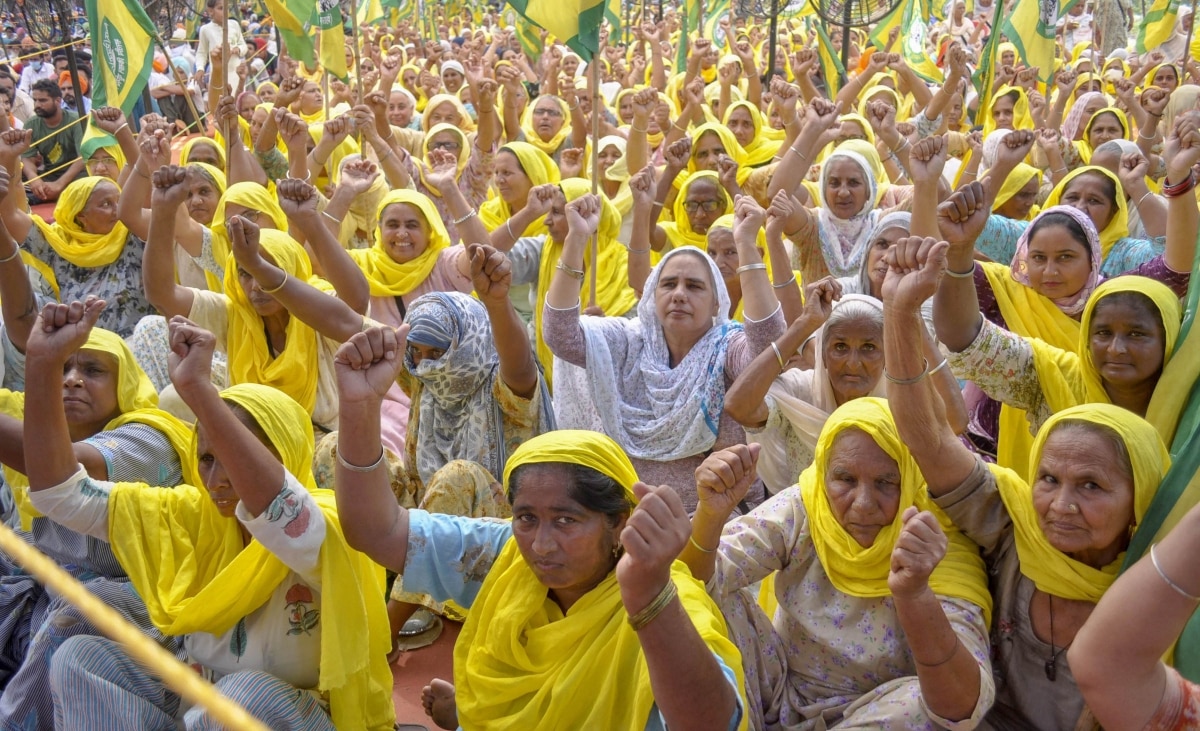 [splco_spacer]
Centre BJP led Modi government suspended train services . No untoward incident was, however, reported as of now.
The protesters, which included women and children, blocked highways and main roads, and in some instances parking their vehicles, especially tractors, across the roads to block traffic.
This put road users to great hardship. To avoid any untoward incident, security was tightened at interstate borders and sensitive places.
However, long queues of vehicles were seen on National Highways crossing Punjab and Haryana at many places, with the GT Road being the worst hit due to huge traffic jams in Punjab.
Cutting across party lines, leaders, activists and workers of all parties comprising Congress, Shiromani akali Dal, Aam Aadmi Party and other political outfits joined the protesting farmers and commission agents (aarhtiyas) in lodging a strong protest against the National Democratic Alliance (NDA) government at the Centre.
Though they taken their moral support but this farmers’ protests were noteworthy as they refused to allow politicians to sit in with them.

Share via Minister of State (MoS) for External Affairs, M. J. Akbar on Monday filed a defamation case in Delhi’s Patiala House Court against Priya Ramani, the journalist who alleged that Akbar sexually harassed her. A statement from Akbar’s lawyers confirmed that the complaint has been filed under sections 499 and 500 of the Indian Read More…

Share via [splco_heading size=”15″ align=”left” margin=”30″]Nepal Prime Minister KP Oli in his parliament speech said that the (corona)virus from India “looks more lethal” than Chinese and Italian one sends shock waves to Indian External affairs ministry sources[/splco_heading]     In his first address in parliament after the coronavirus outbreak, Oli on Tuesday said, “those who Read More…