Skip to content
Share via
Sania Mirza is married to Pakistan cricketer Shoaib Malik.
The state unit of Bharatiya Janata Party, which has been opposing the appointment of tennis ace Sania Mirza as the Telangana government’s brand ambassador, has once again turned its guns on her.
The lone BJP legislator in Telangana and their rowdy turned BJP leader Raja Singh Lodh on Monday demanded Chief Minister K Chandrasekhar Rao to remove Mirza as the ambassador, following the Pulwama attacks which claimed the lives of 49 CRPF jawans in Jammu and Kashmir.
In a video message, the controversial lawmaker argues that Sania ceased to be an Indian when she married Malik. He demanded that she be replaced with P V Sindhu or Saina Nehwal. 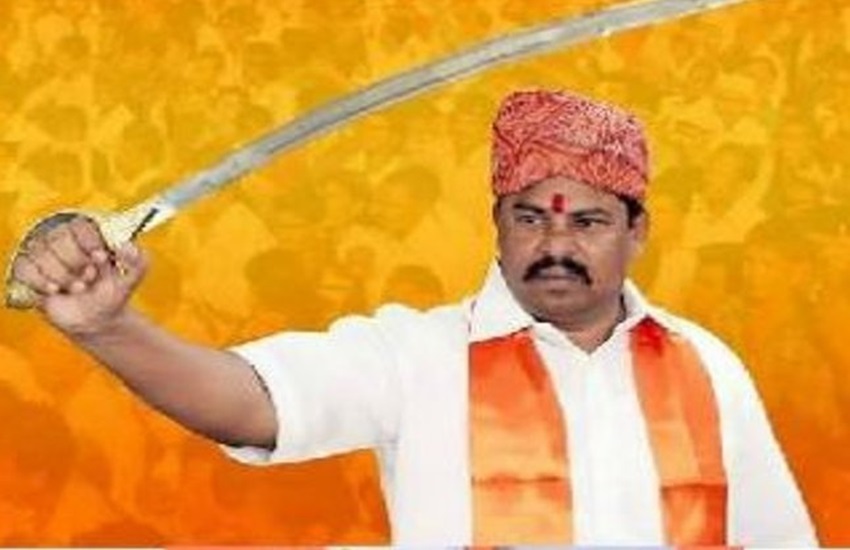 KCR had named Sania Mirza as Telangana brand ambassador in July 2014. She participates in official programmes in this capacity.
Sania had clarified several times that she is an Indian player and would continue to represent India in her sport. Replying to trolls, she tweeted: “This post is for those people who think that as celebrities we need to ‘condemn’ an attack, tweet and Instagram and be all over social media to prove that we are patriotic and care about our country… why??
Cause we are celebs and some of you are frustrated individuals who have nowhere else to target your anger towards and grab every opportunity to spread more hate??”
Saying that she shouldn’t have to condemn attacks publicly, Sania wrote, “I don’t need to condemn an attack publicly, or come and scream from roof tops or all over social media that we are against terrorism.
Of course we are against terrorism and anyone that spreads it. Any person in their right frame of mind is against terrorism and if they are not then that’s a problem!”
The most successful female Indian tennis player recently gave birth to a baby boy in her hometown Hyderabad. The couple mostly lives in Dubai. Their wedding took place in Hyderabad in April 2010.

Share via The Congress on Sunday demanded a probe into the alleged transportation of a “suspicious black trunk” in Prime Minister Narendra Modi’s helicopter during his visit to Chitradurg in Karnataka for poll campaign.   Congress spokesperson Anand Sharma asked the prime minister to come clean and said the Election Commission should inquire into the Read More…

Share via NITI Aayog Vice Chairman Rajiv Kumar said, “From last 70 years (we) have not faced this sort of liquidity situation where the entire financial sector is in churn,” news agency ANI reported.   He also said the government “must do whatever it can to take away some of the apprehensions of the private Read More…