Skip to content
The Rafale deal issue rocked the Lok Sabha Friday, with Defence Minister Nirmala Sitharaman dismissing the media report on the deal as “flogging a dead horse” and slamming the opposition for playing into the hands of vested interests.
Amid the opposition uproar over the Rafale matter, Sitharaman made a suo motu statement on the issue in the House.
Immediately after the House convened at noon, members from Congress, TMC and TDP jumped in the well shouting slogans and showing placards referring to Hindu daily report which claimed that the Prime Minister’s Office had interfered in price negotiations in the multi-billion deal to procure Rafale jets.
Opposition members were heard shouting slogans demanding resignation of Prime Minister Narendra Modi on the issue.
Opposition parties also demanded constitution of a Joint Parliamentary Committee (JPC) to probe the Rafale jet deal. 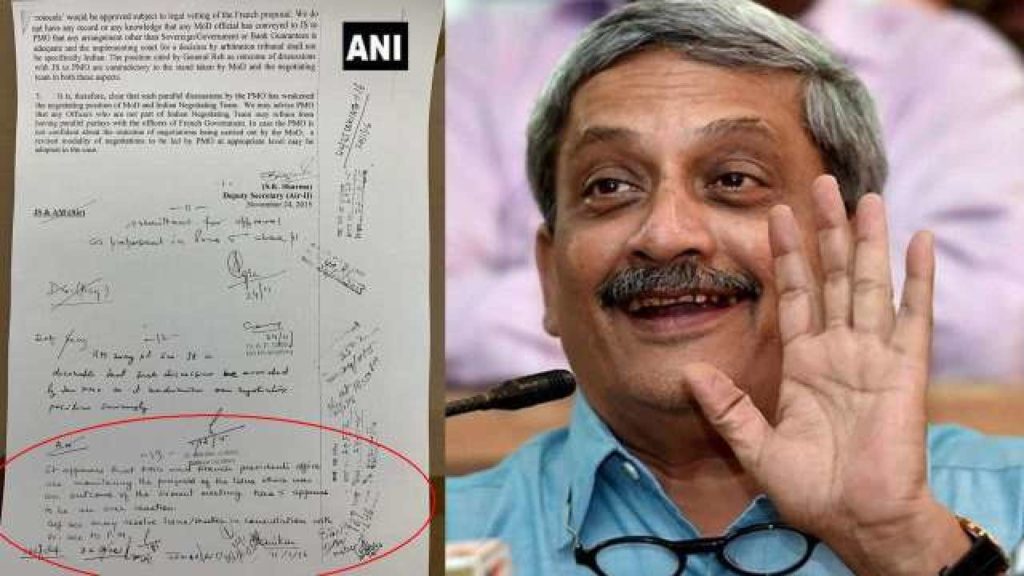 Lok Sabah Speaker Sumitra Mahajan asked the slogan shouting members to go to their seats as she would allow them to speak on the matter.
Amid the opposition uproar over the Rafale matter, Sitharaman made a suo motu statement on the issue in the House.
Responding to Rahul Gandhi’s allegations about the Rafale deal based on the Hindu newspaper report, Nirmala Sitharaman told Lok Sabha “Then Defence Minister Manohar Parrikar ji replied to that MoD note that remain calm, “nothing to worry, everything is going alright”.
Former Defence Minister Manohar Parrikar who had dismissed concerns raised by the officials of his ministry in the Rafale aircraft negotiations saying that the fear was an “over reaction.” He also called for further consultations to clarify any points.
A media report published on Friday claimed that the Defence Ministry officials had raised concerns over the direct involvement of prime Minister’s Office in the Rafale deal saying “parallel discussion by the PMO had weakened the negotiating position of MoD and Indian Negotiating Team.”
However, Parrikar in the same file noted at the end: “It appears that PMO and French President office are monitoring the progress of the issue which was an outcome of the summit meeting. Para 5 appears to be an overreaction” Parrikar further tasked Defence Secretary G. Mohan Kumar to resolve the matter in consultation with Principal Secretary to Prime Minister.
It must to be noted that modi government has stated in Supreme court PMO office has not interfered in Rafale deal but only a call of MoD . 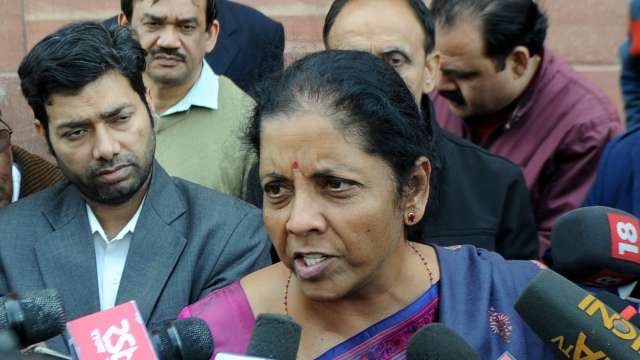 But then Defense Minister parivar advice to Defence Secretary G. Mohan Kumar to resolve the matter in consultation with Principal Secretary to Prime Minister has become the bone of contention . After the Scam  debate went unabated Former Defence Secretary G Mohan Kumar said it was “absolutely wrong” to say that the PMO was conducting a parallel negotiation, as alleged in a media report citing internal Defence Ministry file notes to which the Congress and other opposition leaders have latched on to attack the Modi government over the Rafale deal.
But Sticking to the demand for constitution of JPC, Leader of Congress in Lok Sabha Mallikarjun Kharge dubbed the government as anti-national.
“You (government) are anti-national. You indulged in stealing but are instead blaming us…You are buying only 26 jets as against 126,” Kharge said.
He alleged that the defence minister and the prime minister’s office were fighting on the issue and the matter has come out in newspaper also.
“That is why you need to constitute JPC as the reality will come out. All files would come to JPC. We do not want any other explanation…we do not want to listen to anything,” he said.
Splco Reporter
Special Correspondent Group of right thinking writers who eulogise self expression in quest of truth in news making jointly contribute under the platform of splco.me a novel social media channel.

BJP’s suffered humiliation at the hand of allies in Northeast

Days after claiming that the BJP formed “electoral understanding” and a “gatbandhan” with partners of the North East Democratic Alliance (NEDA), the party’s in charge of the region, Ram Madhav on Sunday said that some of the partners decided to contest separately in the ensuing Lok Sabha polls.   “After due diligence, some of our Read More…

After the news of Shambhu Regar, the man who murdered a Muslim man in Rajasthan’s Udaipur last year possibly contesting elections in 2019 wasn’t surprising enough, here is another one now. Rupendra Rana, one of the accused who murdered Mohammed Akhlaq in Dadri in 2015 over suspicion of eating beef will be contesting the general Read More…

Farmers’ representatives, participating in the fourth round of talks with the government over their charter of demands, refused to partake of the lunch provided by the Centre, preferring to eat the food brought by their supporters.   The group of 34 farmer union leaders also set up a separate food stall in Vigyan Bhawan  the Read More…