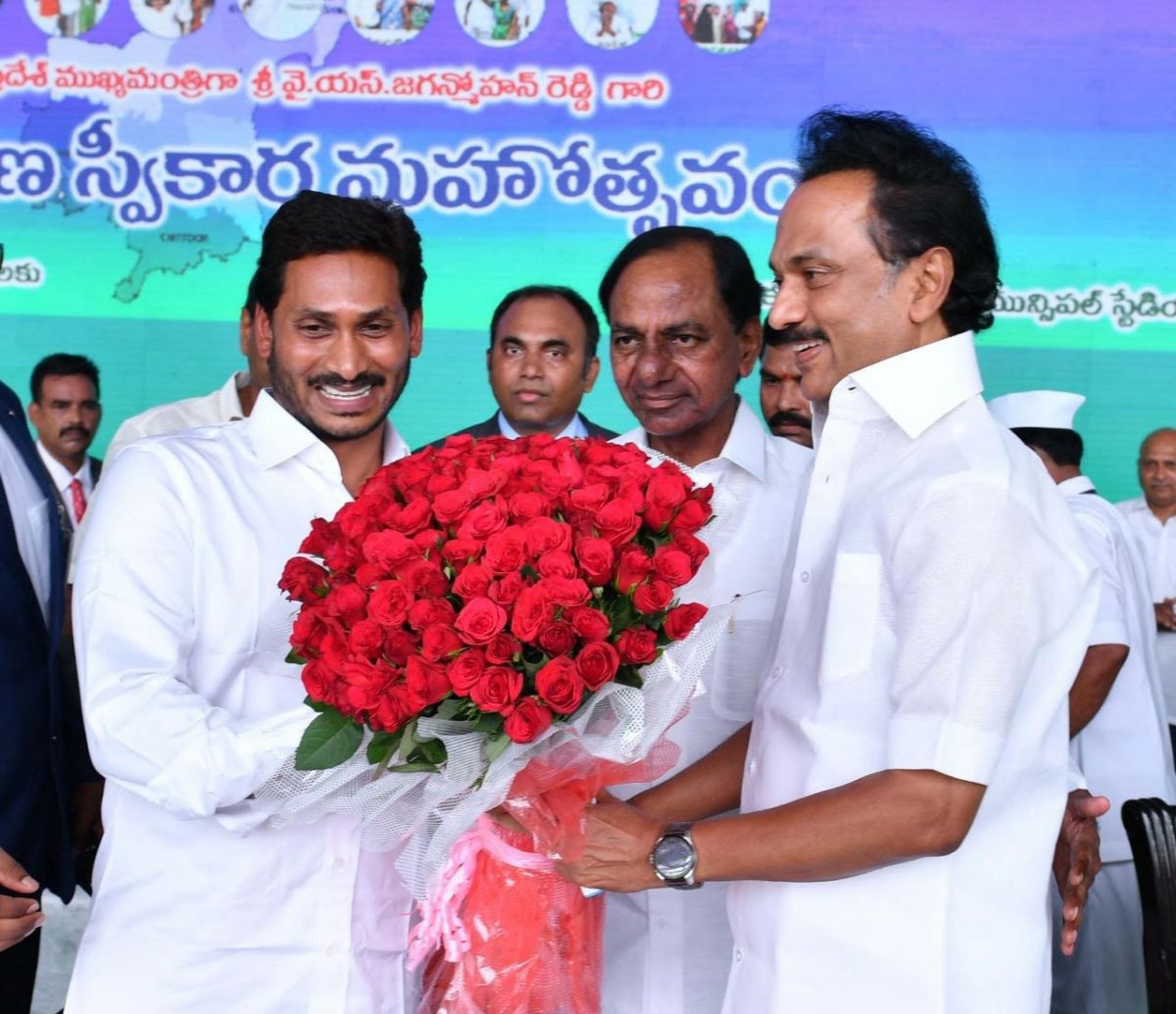 [splco_spacer]
“Not just pandemic, the country has witnessed floods and landslides, which has cut off most of rural and hilly areas from the mainland.In most States, Public transport system has not yet resumed.
Railways and air travel cannot be accessed by the majority of candidates and a lot of uncertainty persists in reaching the allotted exam centres,” he said.
Stalin has written to Y S Jagan Mohan Reddy, K Chandrashekar Rao, Pinarayi Vijayan and Naveen Patnaik, a DMK release said.
Chief Ministers of West Bengal, Maharashtra, Jharkhand, Rajasthan, Punjab, Chhattisgarh and Puducherry are planning to move the Supreme Court against the Centre challenging its decision to conduct NEET and JEE, Stalin told them, in an apparent reference to a decision taken at a virtual meet held by Congress chief Sonia Gandhi on Wednesday.

The DMK leader, who has welcomed the decision of the seven chief ministers, said: “In the light of the severe difficulties, keeping the well-being and future of students in mind, I sincerely request you to join in solidarity with (seven other) states and approach the Supreme court on postponement of NEET and JEE exams for the greater good..”
The united stand can help the voices of the students and parents across the country, he added.

Share via The wait of class 12th students of Arts, Commerce and Science streams is finally over as the board has declared the results today at its official result portal.   CBSE directly released the scorecard on its website cbseresults.nic.in.   However  CBSE site crashes down due to heavy traffic . This has created anxiety Read More…

Share via It was a dramatic day in the DMK headquarters on Tuesday with news of sitting MLA Ku Ka Selvam landing in Delhi and speculations over his switch to the BJP.   Ku Ka Selvam went to Delhi and was accompanied by BJP national general secretary Muralidhar Rao and state president L Murugan to Read More…

Share via The Madras High Court on Tuesday squashed the privilege notice initiated against 19 MLAs, including DMK president M K Stalin, for produced witness of banned gutka packets that had been sold freely in the TamilNadu Assembly.   On August 28, 2017, Opposition Leader MK Stalin and 18 other MLAs of the party faced Read More…