Skip to content
Share via
This year’s celebrations marked the last big public event before the country heads for the national election due by May.
The Republic Day parade, which saw South African President Cyril Ramaphosa as the chief guest, first lady of SA Tshepo Motsepe, President of the country Ramnath Kovind, Prime Minister Narendra Modi, Congress President Rahul Gandhi, Delhi CM Arvind Kejriwal, among several other leaders.
The parade began with the laying of a wreath at the Amar Jawan Jyoti at India Gate by PM Modi.
It started from Vijay Chowk and passed through Rajpath, Tilak Marg, Bahadur Shah Zafar (BSZ) Marg, Netaji Subhash Marg and proceeded for the Red Fort.
Twenty-Two tableaux of states and central government departments were showcased during the 90-minute parade. 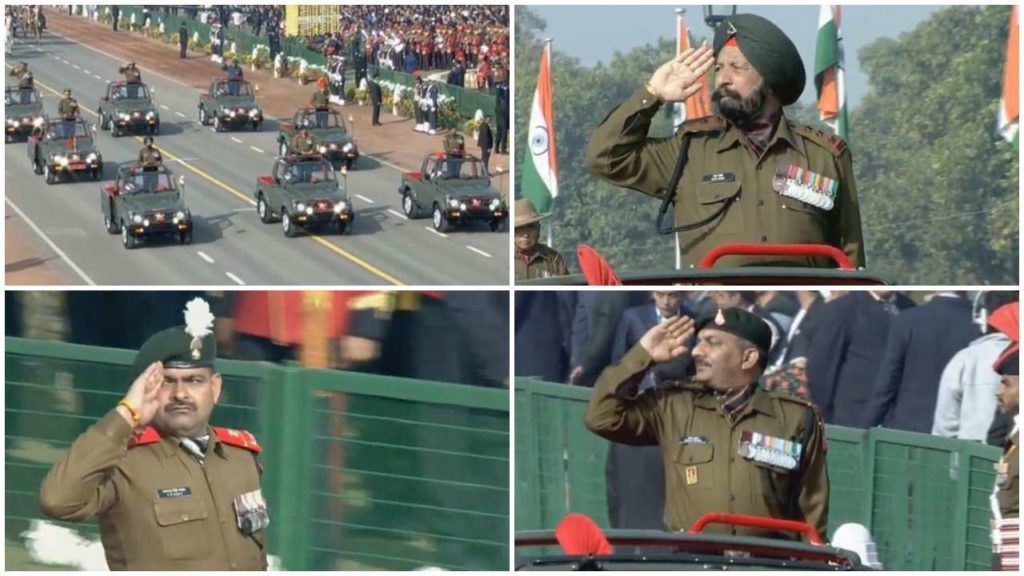 With the celebrations, Delhi had been placed under several-layer security network.
Women commandos, mobile hit teams, anti-aircraft guns, and sharpshooters have been deployed across strategic locations to keep a close watch on the eight-km-long Republic Day parade route from Rajpath to the Red Fort in central Delhi.

Share via Amid concerns over delays in customs clearance for imports from China, transport and MSME minister Nitin Gadkari has written to the finance and commerce ministers, urging them to remove roadblocks to the quick release of goods at ports, arguing that these shipments have reached Indian shores based on payment made by industry players. Read More…