Indian Commercial Pilots Association (ICPA) – has written to its management and in that they said that they are operating flights under the Vande Bharat Mission as “National Duty” and the treatment meted to the operating crew is “distasteful”.

“We do not appreciate the treatment perpetrated to our crew and if history repeats itself we will not be in a position to operate any flights other than the essential services,” the union said.
The Association termed that day as “traumatic” for the crew which was made to wait the entire day without any food or refreshments.
“The health officials at Delhi airport failed to comply with Government orders and the protocol to be followed for pre & post flight COVID-19 testing for crew operating Vande Bharat Mission flights was thrown out of the window.
Hence the crew were shuffled to multiple places aimlessly,” read the letter dated May 31.
IPCA in the letter addressed to Executive Director (Operations) Air India, alleged that the crew were harassed by the health officials at the airport and were forcibly taken to a government medical facility for seven days.
“Only after the institutional quarantine facilities refused to accept the crew, they were allowed to go home to follow home-isolation for 14 days. Not to mention, the post-flight COVID-19 testing [protocol] was violated.
[splco_spacer] 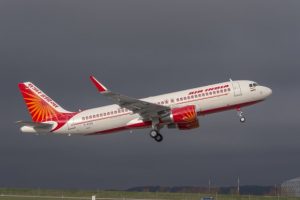 On return, the post-flight COVID-19 testing was not carried out and they were not accommodated in a hotel as per the protocol. From the above, it can be construed as lack of coordination between Air India, MHA, DGCA and Health officials at the airport,” the letter further complained.
“The Ministry of Health & Family Welfare and DGCA vide circulars dated 23.03.2020 states: If a laboratory positive case of COVID 19 is found in a flight, the entire crew has to be de-rostered for minimum 14 days.
The crew need to follow home-isolation during the time at their own country,” it said.
IPCA also sought clarification on the protocol to be followed by pilots when a positive case of COVID-19 is found on a flight in domestic operations and in the Vande Bharat Mission.
[splco_spacer]

[splco_spacer]
“For which operations should the minimum 14 days home isolation after de-rostering of crew be followed. As per MHA order dated 5th May 2020, the SOP for movement of Indian Nationals stranded outside the country requires RT-PCR test for passengers. It has been brought to our notice this is not being followed,” the letter said.
It is to be noted On May 30, a Delhi-Moscow flight had to return midway after its pilot was found COVID-19 infected.
[splco_spacer]
During May first week Air India’s pilot unions IPG and ICPA has urged Civil Aviation Minister Hardeep Singh Puri to “urgently” provide financial support to the national carrier amid private airlines’ cry for a bailout package in the wake of the COVID-19 outbreak.
[splco_spacer]
“The Air India management has not taken paying wages on time seriously for a long time, but as of today, we have a wage backlog of three months, having not been paid full wages since February. “This is well before the coronavirus crisis began so reduced cash flow cannot be used as an excuse. Even our basic salary, which is a fraction of our wages, is not released on time. the associations complained
[splco_spacer]

‘If Prime Minister asks me to touch his feet for welfare of Bengal people, I am ready to do that; but I should not be insulted,’ says West Bengal CM   Alleging that the BJP-led Centre was pursuing “vendetta politics”, West Bengal Chief Minister Mamata Banerjee on Saturday appealed to the Union government to withdraw Read More…

Post demonetisation this is the first general election India is facing . BJP government during the time and after demonetisation boasted effectively they have eliminated black money from the system   However prior starting of Phase I of general elections Suspect cash, illegal liquor and drugs valued at over Rs 1,460 crore have been seized Read More…