Skip to content
As the terrrific Haiti earthquake Death toll inches towards 1,300 US sends search teams for rescue mission
At least 1,297 people were killed after the 7.2-magnitude quake struck off Haiti’s coast, according to the nation’s civil protection agency.
The quake was followed by a series of aftershocks, and Tropical Storm Grace is forecast to hit the crisis-prone nation on Monday. 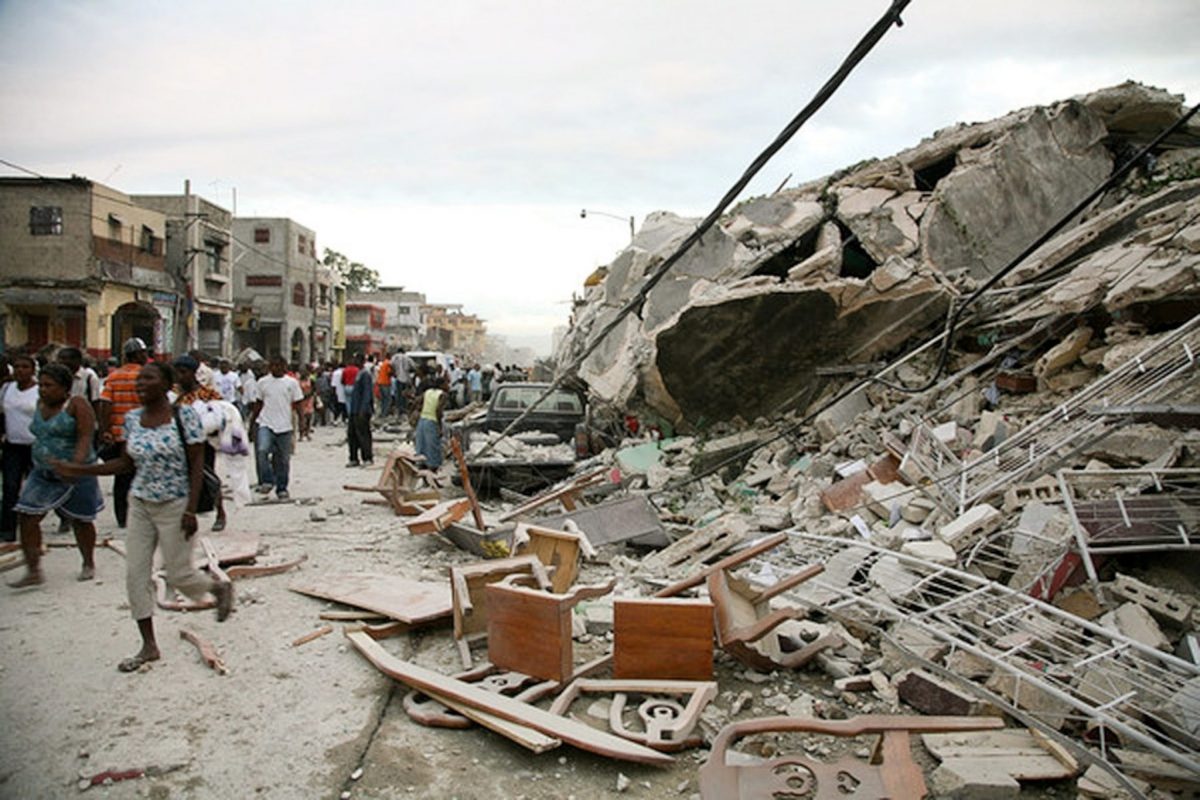 Residents survey a damaged building following a 7.2-magnitude earthquake in Les Cayes, Haiti, on Sunday, Aug. 15, 2021.
After aware of the devastative nature U.S. deployed search and rescue teams to help find survivors among the debris of collapsed buildings in Haiti as the death toll soars as a result of massive earthquake.
The quake hit 7.5 miles northeast of the town of Saint-Luis du Sud on the country’s southwestern Tiburon Peninsula.
Prime Minister Ariel Henry declared a state of emergency, and pledged to “mobilize all the resources of my administration to help victims.” 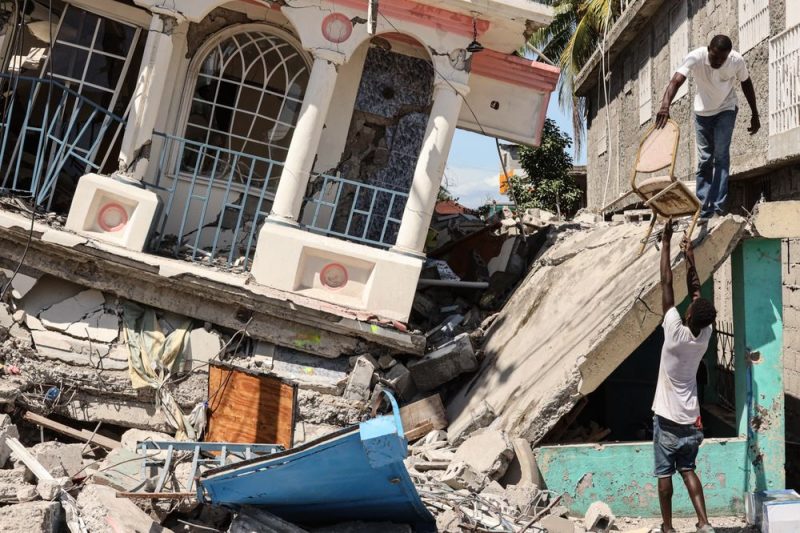 The quake and the aftershocks damaged churches, hotels, hospitals and homes.
It also caused a large landslide that blocked the main road from Les Cayes to Jeremie on the southwestern tip of the island. The nation was still in shock following the July 7 assassination of President Jovenel Moise.
“Today’s earthquake is yet another setback for Haiti on top of political instability and worsening violence, Covid-19 and rising food insecurity,” Cara Buck, the acting Haiti director of the aid agency Mercy Corps, said in a statement from Port-au-Prince. 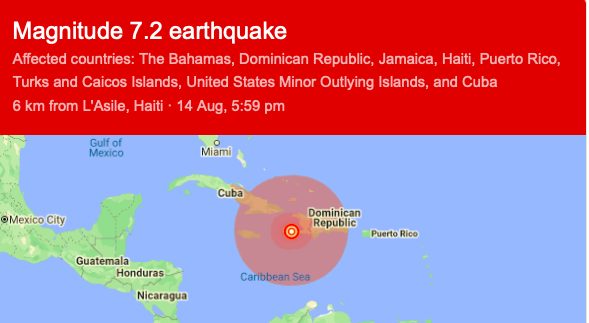 The tremor took place on the same fault line that caused the devastating 2010 earthquake that killed more than 200,000 people in Haiti, according to the U.S. Geological Survey.
During 2010 a catastrophic magnitude 7.0 Mw earthquake struck Haiti at 16:53 local time (21:53 UTC) on 12 January . The epicenter during 2010 was near the town of Léogâne, Ouest department, approximately 25 kilometres (16 mi) west of Port-au-Prince, Haiti’s capital.
By 24 January, at least 52 aftershocks measuring 4.5 or greater had been recorded.
An estimated three million people were affected by the quake.as the Death toll estimates range from 100,000 to about 316,000 during 2010 earth quake.

Torrential rain hampers rescue efforts for search for the 154 people still missing in the disaster zone of the deadly tsunami that has killed at least 429 people continued on Tuesday, with some officials admitting privately that the chance of finding more survivors alive was slim.   At the Tanjung Lesung beach resort, where the Read More…

According to the US Geological Survey, the major earthquake of 7 Richter scale  hit 14 kilometres (nine miles) off the Greek town of Karlovasi on Samos.   Search and rescue operations are underway at Turkey’s Aegean resort city of Izmir, which suffered much of the damage.   Till now 26 people were killed and more Read More…

86. Protect and enhance your wealth.

Amit Khare is the new Advisor to Prime Minister