Skip to content
Share via
According to the US Geological Survey, the major earthquake of 7 Richter scale  hit 14 kilometres (nine miles) off the Greek town of Karlovasi on Samos.
Search and rescue operations are underway at Turkey’s Aegean resort city of Izmir, which suffered much of the damage.
Till now 26 people were killed and more than 700 injured in Turkey and Greece on Friday after a powerful earthquake levelled buildings and caused flooding.
Also As many as 196 aftershocks were felt with 23 hitting over magnitude 4.0, according to Turkish media. 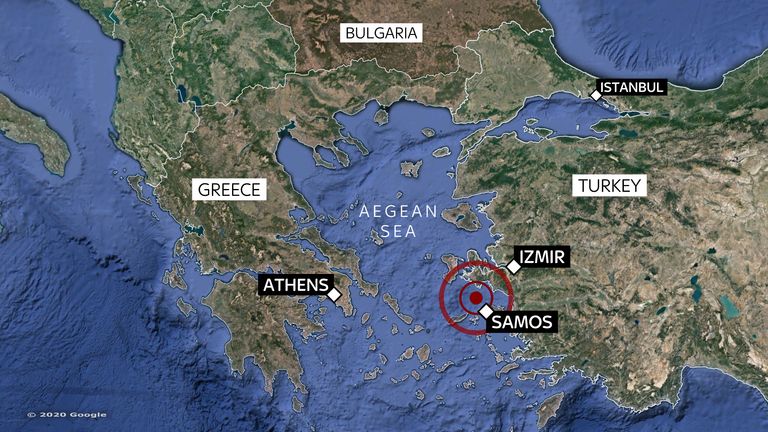 As a result of the earthquake, a small tsunami struck the Seferihisar district south of Izmir province, causing floods in the area.
Greek Prime Minister Kyriakos Mitsotakis called Turkish President Recep Tayyip Erdogan to offer his condolences and support.
They also tweeted their support to each following the tragedy. “Whatever our differences, these are times when our people need to stand together,” Mitsotakis said on Twitter.
“Thank you, Mr Prime Minister,” Erdogan tweeted in reply. “That two neighbours show solidarity in difficult times is more valuable than many things in life.”
In response United States hailed both leaders’ gestures of diplomacy. “It’s great to see both countries putting their differences aside to help each other during a time of need. 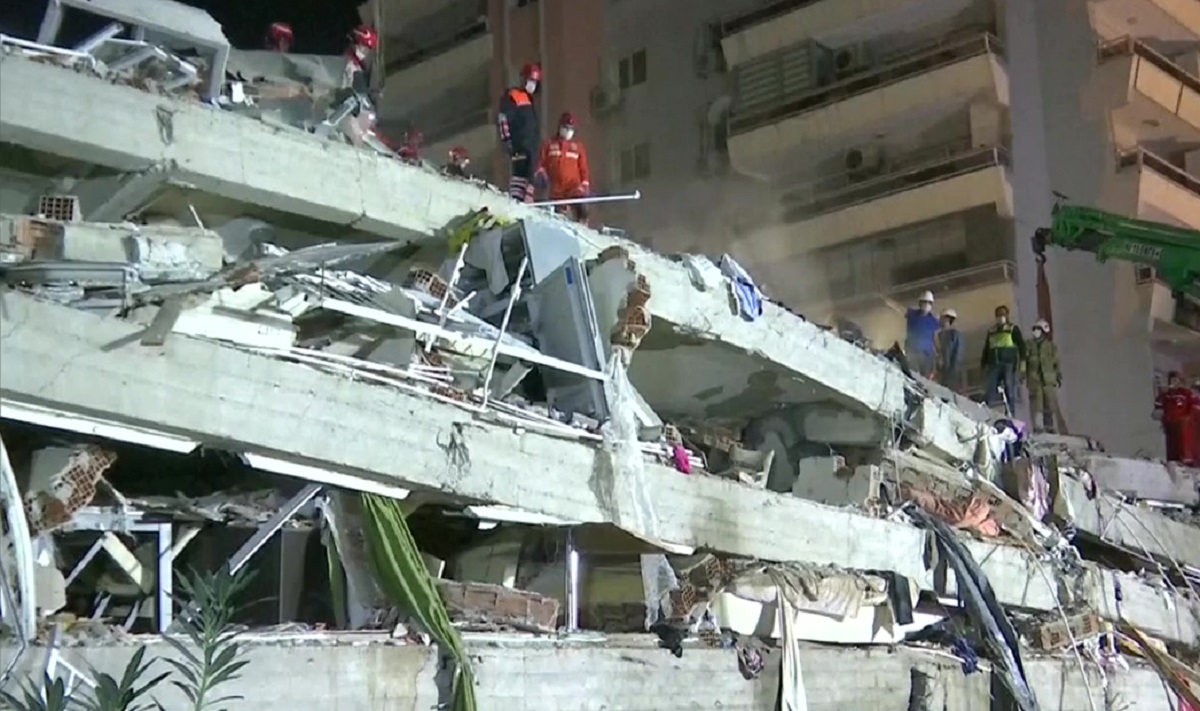 The United States also stands ready to assist,” said Robert O’Brien, the national security advisor.
World Health Organization’s (WHO) director general Tedros Adhanom Ghebreyesus said that the global body was “closely following” the situation in Greece and Turkey after the earthquake.
“We will work with the two countries to ensure that emergency medical care is provided for those in need. Our thoughts are with all those affected,” he said.T

Share via Turkey opened its offensive after U.S. President Donald Trump spoke by phone on Sunday with Turkey’s President Tayyip Erdogan and withdrew U.S. troops who had been fighting alongside Kurdish forces.   On Friday evening, Erdogan dismissed mounting international criticism of the operation and said Turkey “will not stop it, no matter what anyone Read More…

Share via Death toll rose to 82 after a magnitude 6.9 in richter scale  earthquake rocked the Indonesian island of Lombok and on nearby Bali on Sunday, damaging buildings, sending terrified residents and tourists running into the streets and triggering a brief tsunami warning. Social media posts from the scene showed debris piled on streets Read More…