“Blocking of funds on incomplete works impinges negatively on the quality of expenditure. Water resources department, PWD, and Narmada Valley Development Authority had 242 incomplete projects, valued at ₹9,557.16 crore, with cost over-run of ₹4,800.14 crore in 24 projects (where costs have been revised),” says CAG report for the year ended March 30, 2017.

According to the report, the government did not constitute a consolidated sinking fund for amortization of loans unlike in other states.
This resulted in the state government not contributing ₹635.72 crore (0.50% of their outstanding liabilities of ₹1,27,144.43 crore as on 31 March 2016).
This overstated the revenue surplus and understated the fiscal deficit of 2016-17 by ₹635.72 crore, it says.
Fifteen foreign tours were organised by the Madhya Pradesh Trade and Investment Facilitation Corporation Limited at an expense of ₹8.96 crore from funds released to it as grants-in-aid under the head “5,531-Destination MP Investment Drive” by Directorate of Industries (DoI), GoMP.

The total financial implication of CAG’s findings on the state’s revenue sector was ₹4,712.16 crore covering levy and collection of excise duty, assessment of taxes on works contracts and builders under MPVAT Act, sand mining and environment consequences and assessment and collection water tax. 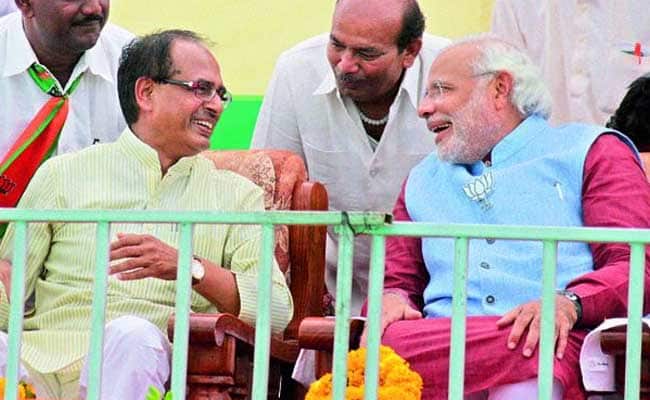 The government’s policy to only allow distillers of the state to participate in tender process for supply of country liquor without analysing the realistic cost of production led to less competition, cartel formation and undue benefit of ₹653.08 crore to distillers, the CAG report says.
Collectors of Balaghat and Ujjain fixed the reserve price on dead rent instead of the estimated quantity of sand in 31 mines resulting in short realisation of royalty of ₹3.37 crore.
Executive engineers of 18 divisions failed to recover water tax dues worth ₹1,489.67 crore from industries, domestic water supply entities and cultivators.
In 18 district mining offices (DMOs), royalty of ₹62.50 crore was not /short realized from 58 lessees and 11 contractors.

All this resulted total financial implication of CAG’s findings on the state’s revenue sector was ₹4,712.16 crore covering levy and collection of excise duty, assessment of taxes on works contracts and builders under MPVAT Act, sand mining and environment consequences and assessment and collection water tax

It has emerged from the CAG report how a group was working for the previous government. Losses amounting to crores of rupees have been revealed,” said Chief Minister Kamal Nath.
“I have been saying from the very beginning that corruption took over the last government. A probe will be conducted. Detailed investigations will be done.
We will constitute a Jan Ayog (People’s Commission) and hand it over all such cases. Punitive action will be taken against those who were involved.
We will spare no one responsible for losses to the government exchequer,” the CM added
“The CAG report is just a trailer and the full film is yet to come. ” Kamal nath said
Splco Reporter
Special Correspondent Group of right thinking writers who eulogise self expression in quest of truth in news making jointly contribute under the platform of splco.me a novel social media channel.

After the end of five years of Modi government Supreme Court today granted Central Government to apprise it within 10 days, the meeting dates for the Selection Committee which will appoint Lokpal members and the Chairperson.   The bench of the Supreme Court, led by CJI Gogoi, rejected a plea of Prashant Bhushan seeking direction Read More…

August 5 2020 is the first anniversary of the revocation of Jammu and Kashmir’s special status, that is the day BJP party run Modi led  Indian government that removed  article 370 with out obtaining any plebiscite from kashmir people Imran Khan government  used this day and released a new bomb shell by way of a Read More…