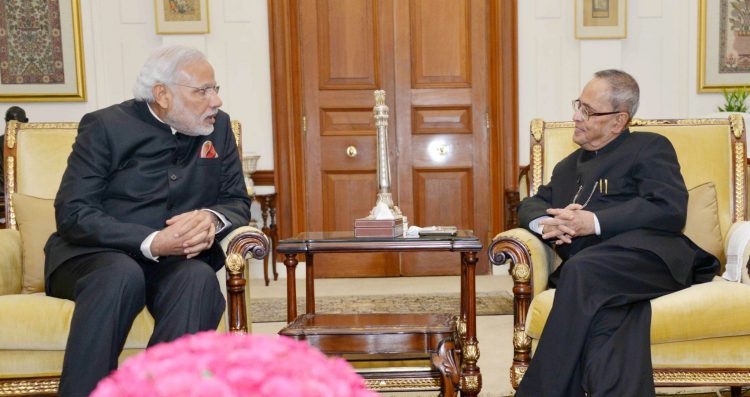 The central government on Monday announced that on account of the death of former president of India Pranab Mukherjee, seven days of state morning will be observed throughout India from August 31 to September 6, inclusive of both these dates as a mark of respect to the departed dignitary.
During the period of state mourning, the national flag will fly at half-mast on all buildings throughout India, where it is flown regularly and there will be no official entertainment.
A release by the Press Information Bureau (PIB) also stated that the date, time, and venue of the State Funeral will be intimated later.
Pranab Mukherjee was spotted by the then West Bengal chief minister Sidharth Shankar Ray in the early 1970s when Mukherjee was teaching Political Science in a Calcutta college.
Ray sent him to Rajya Sabha. Once in the Rajya Sabha, Pranab came close to Indira Gandhi, who in 1976 appointed him a junior minister.
He got along famously with Indira Gandhi when she returned to power in 1980. Indira Gandhi gave him the big assignment of handling the economy as her Finance Minister.
Pranab Mukherjee was the finance minister in 1982 and also the leader of the House in the Rajya Sabha when Mrs Gandhi was assassinated.
After Congress choosen Rajiv Gandhi at helm , found hurt He left the Congress and formed his own party which never quite took off.
After Rajiv Gandhi lost power , when V.P .Singh rise , He returned to the Congress in 1989 and never looked back.
Pranab was known as a trouble shooter within the Congress Party, a job he began to do for Narasimha Rao in the early 1990s when Rao felt threatened from his colleagues Arjun Singh and Sharad Pawar.

After aspiring to be the Prime Minister twice and having burnt his fingers in the process earlier, he was content to be number two in the power hierarchy.
It was a job he did with such finesse that every Congress Prime Minister loved to keep him as his number two.
When Manmohan Singh took office as Prime Minister in 2004, he leaned heavily on Mukherjee who served him as his master trouble shooter all through a decade between 2004-12. Even Congress President Sonia Gandhi took his counsel in party matters.
Mischievous newsmen would try to provoke him by telling him that he deserved to be the Prime Minister since Dr Manmohan Singh was the RBI Governor when he was the Finance Minister. But Mukherjee would deftly fend off the bouncers by declaring that since he did not speak Hindi well, he could never be the PM. One could never be sure if he really meant it.
All those who came in close contact with Pranab understood that he wished to be the Prime Minister of the country when Manmohan Singh pipped him to the post.
When privately a reporter asked him “Dada, I expected you to be the Prime Minister in 2004; what went wrong.” He looked at me, smiled, shrugged off his shoulders and just uttered a word: “Destiny”.
But destiny did compensate him with the highest job in the country as President of India in 2012. Pranab served this post with dignity and poise that is required of a president.
Prime Minister Modi claimed to be charmed by Pranab and acknowledged that he had benefitted from Mukherjee’s advice.
[splco_spacer] 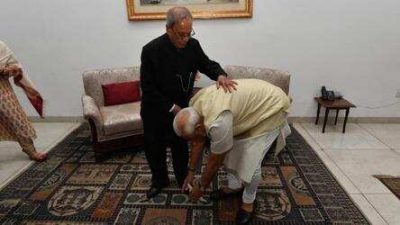 [splco_spacer]
Indian Modi not just publicly praised Pranab Mukherjee, but also fallen on the feet of the  5 decade served congress Man Pranab .
In his turn Pranab also made everyone raise eyebrows by visiting the RSS headquarters in Nagpur after relinquishing office of the President.
He also addressed RSS volunteers. It shocked many Congressmen and his liberal admirers outside. But his act didn’t go unrewarded .
BJP government conferred Bharat Ratna in 2019 to man who served Congress Party for almost five decade .
Pranab served India well for almost five decades in almost every key position in the government, as minister and finally as India’s President.
As President While he tried to be a copybook President, he either did not or could not restrain the Modi Government from taking controversial decisions including the cancellation of the Rafale deal.
Could he have played a more constructive and restraining role, especially since he and Prime Minister Modi seemed to get on like a house on fire?
The answer is possibly tucked into the last volume of his autobiography that he had decreed would be published after his death. This volume is likely to deal with the UPA years and his stint in the Rashtrapati Bhavan.
Earlier volumes have been staid and politically correct. It remains to be seen if the last volume turns out to be the tell-all memoir that he was hinting at. 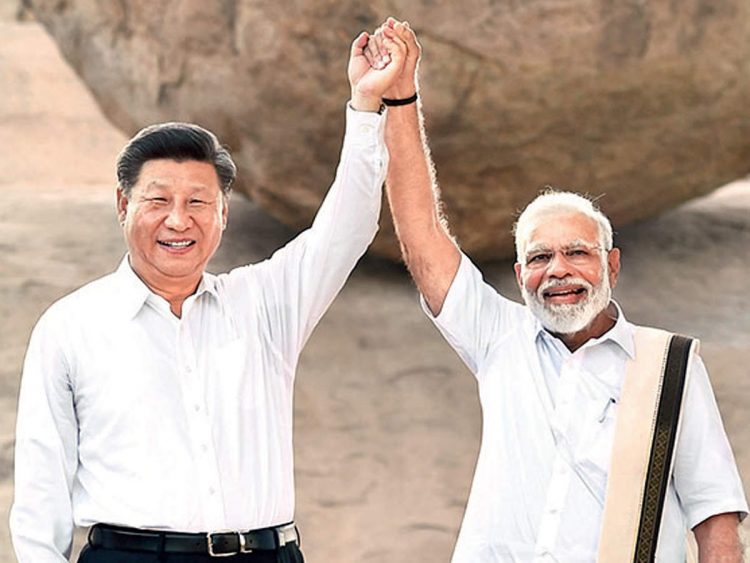