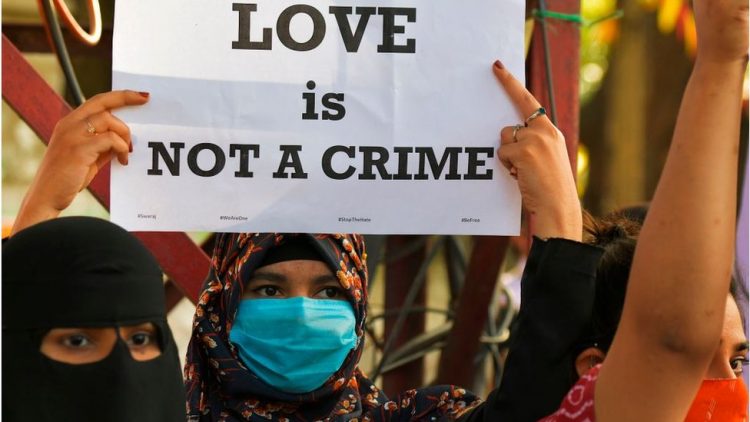 A month before BJP ruled Uttar Pradesh come out Prohibition of Unlawful Conversion of Religion Ordinance, 2020, politially called as ‘Love Jihad’ bill .,
In pursuance Madhya Pradesh cabinet on Saturday also cleared the Dharma Swatantra (Religious Freedom) bill, 2020, known in political parlance as ‘Love Jihad’ bill.
The draft bill, which may see through in the assembly during its 3-day winter session commencing on December 28, provides a maximum of 10 years imprisonment and Rs 1 lakh fine to the perpetrators of forced religious conversion of a girl for marriage.
The new bill has provision of declaring such a marriage null and void.
The Madhya Pradesh bill puts onus on the accused and those associated with accused including organisations and institutions, to prove their innocence.
In Uttar Pradesh it should be noted Going full steam, the Uttar Pradesh police have made more than one arrest a day since the controversial anti-conversion ordinance came into effect a month ago, having apprehended about 35 people so far.
Nearly a dozen FIRs have been lodged since the Prohibition of Unlawful Conversion of Religion Ordinance, 2020, was notified on November 27.
Eight arrests were made from Etah, seven from Sitapur, four from Greater Noida, three each from Shahjahanpur and Azamgarh, two each from Moradabad, Muzaffarnagar, Bijnor and Kannauj and one each from Bareilly and Hardoi, officials said here.
The first case was registered in Bareilly just a day after the legislation came into force.
The police cracked the whip following a complaint of Tikaram Rathore, the father of a 20-year-girl and resident of Sharif Nagar village in Bareilly.
He alleged that Uwaish Ahmad (22) had become friends with his daughter and was trying to “coax, coerce and lure” her to convert.
An FIR was lodged at Deorania police station in Bareilly district and the accused was arrested on December 3.
Acting swiftly after being tipped off about interfaith marriages, the Lucknow Police stopped a ceremony in the state capital, asking the couple to meet the legal requirements first.
In Muzaffarnagar district, one Nadeem and an accomplice were arrested on December 6 for allegedly trying to force a married Hindu woman to convert.
Nadeem, however, got reprieve when the Allahabad High Court directed the police not to take any coercive action against him.
Likewise, in Moradabad, two brothers, arrested earlier this month under the anti-conversion law, were released on an order of a CJM court.
Rashid and Salim were arrested on December 4 after they visited the registrar’s office in Moradabad to record Rashid’s marriage to a Hindu woman whose family had filed the complaint.
Shabab Khan aka Rahul (38), who is married, was picked up in Mau district on December 3 and 13 of his accomplices booked for allegedly abducting a 27-year-old woman on the eve of her wedding on November 30 with an intent to change her religion.
An FIR was lodged at Tambor police station in Sitapur district and 22-year-old Zubrail along with five of his family members and two locals was accused of kidnapping a 19-year-old girl and converting her. All, barring Zubrail, were arrested on December 5.
In Bijnor, 22-year-old labourer Afzal was arrested on December 13 for allegedly kidnapping a girl from her home.
A 19-year-old woman lodged an FIR with Shahabad police station in Hardoi district on December 11 alleging that she was raped on the pretext of marriage and also pressured to convert by one Mohammed Azad.
She also alleged that she was being sold by Azad in Delhi.
Azad was booked for rape, for flouting UP Prohibition of Unlawful Conversion of Religion Law, 2020 and for human trafficking. He was arrested on December 16.
Rashid Ali (22) and Saleem Ali (25) were arrested under the new law in Moradabad district on similar charges.
A man was sent to jail in Bijnor on December 16 for ‘love jihad’, a term coined by BJP leaders and right-wing activists to describe the crime against which Chief Minister Yogi Adityanath has also spoken out.
Addressing bypoll rallies in Jaunpur and Deoria, Adityanath had used the Hindu funeral chant of ‘Ram Naam Satya Hai’ to threaten those who do not respect daughters and sisters.
Amid a hue and cry over the law, social activist Shantanu Sharma said, “We have no problems with the new law but its enforcement should not cause harassment to people. It should be ensured that it is not misused.”
“Making a new law doesn’t mean that forcible conversions will be checked easily. Ultimately, it will be the police which will enforce it. It’s too early to predict whether it will succeed in its purpose or not, but it should be used carefully,” he said. 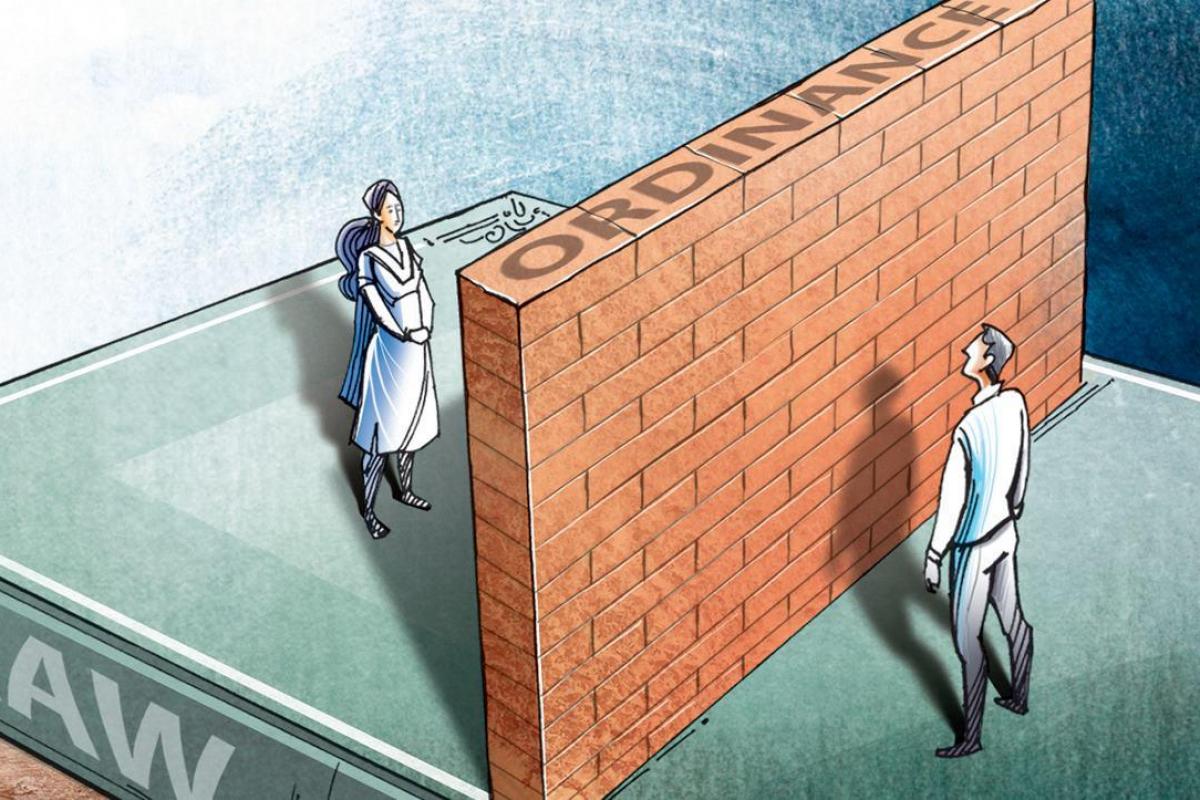 Former UP Director General of Police Yashpal Singh said that when a girl flees, there is pressure for her recovery. “It (law) is good as per the social structure and with this there will be not exploitation. However, as per modern social outlook, people can feel stripped off their freedom.”
High court lawyer Sandeep Chowdhury said, “The law impinges upon the fundamental right to choice and the right to change of faith. It militates against the fundamental rights to individual autonomy, privacy, human dignity and personal liberty guaranteed under Article 21 (right to life and personal liberty) of the Constitution.”
He pointed out that a PIL has already been filed in the Allahabad High Court challenging the law and now it is for the court to decide.
The high court has asked the state government to respond to a petition which contended that the new law impinges upon the fundamental right to choice and the right to change of faith.
During the hearing, the high court refused to grant any interim relief and directed the state government to file a counter affidavit by January 4.
The ordinance aimed at curbing forcible or fraudulent religious conversions, including those for the sake of marriage, got the assent of UP Governor Anandiben Patel just within days of the state cabinet approving its draft.
The UP law provides for a jail term of up to 10 years for any violations. Under the law, which deals with different categories of offences, a marriage will be declared “null and void” if the conversion of a woman is solely for that purpose.
The onus to prove that the conversion has not been done forcibly will lie on the accused and the convert. 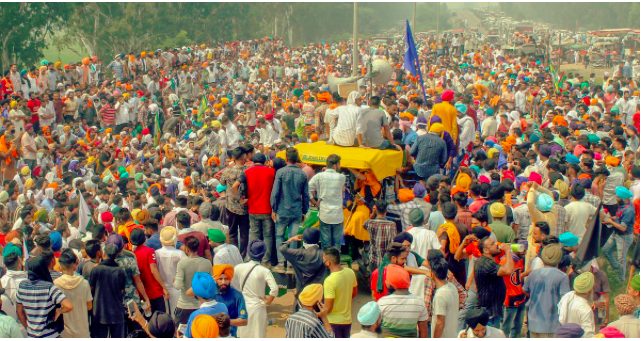 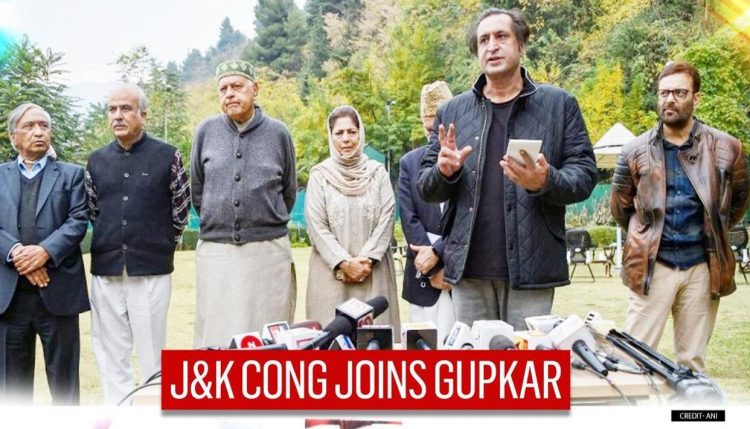 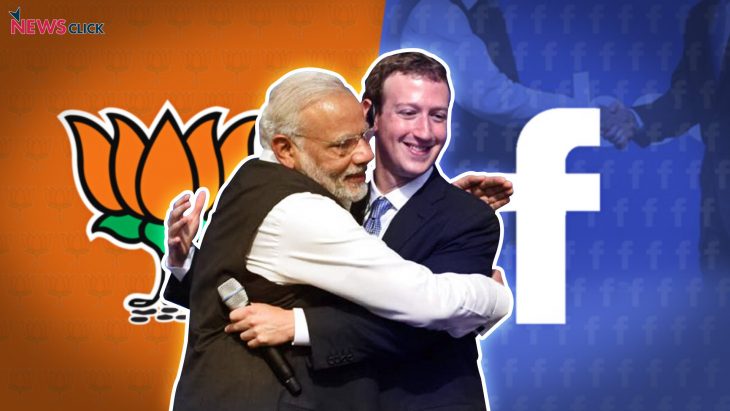 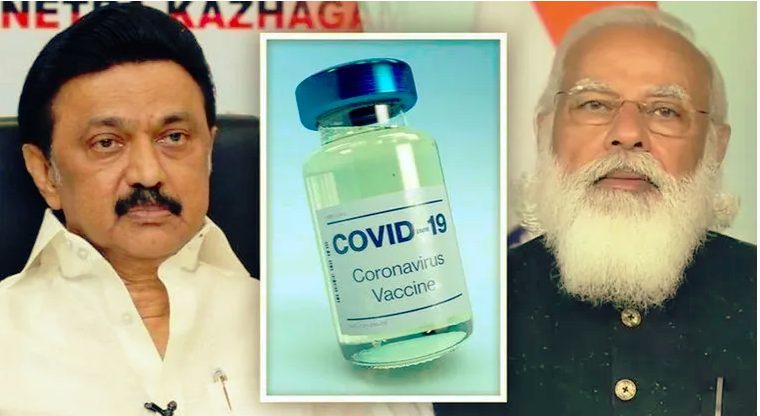