Skip to content
Share via
[splco_heading size=”15″ align=”left” margin=”30″]In the other tragic incident from Uttar Pradesh, six migrant workers were run over by a state government bus on a highway in the Muzaffarnagar district on Wednesday night.[/splco_heading]
The workers had been walking to their hometown in Bihar from Punjab amid the coronavirus lockdown, police said.
The bus was empty and the driver has been arrested, they added.
Chief Minister Yogi Adityanath has ordered a top state government official to carry out an enquiry about the circumstances leading to the accident. He has also announced a compensation of Rs 2 lakh to the family of the dead and Rs 50,000 for the injured.
[splco_spacer size=”30″] 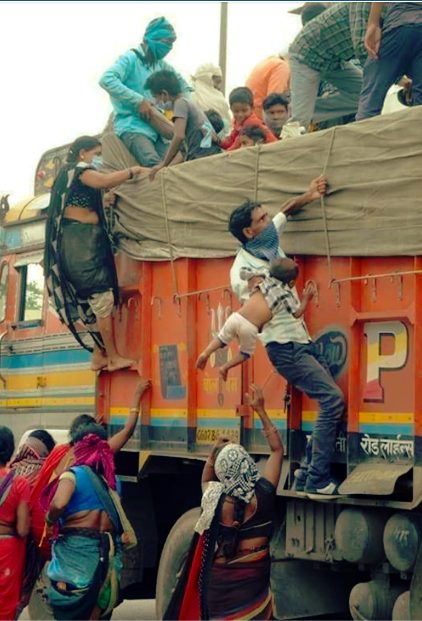 Share via In the suo motu matter concerning the migrant crisis effected by the COVID-19 pandemic, the Supreme Court today directed the Central and state governments to identify stranded migrant workers and transport them back to their native places within 15 days. The Bench of Justices Ashok Bhushan, Sanjay Kishan Kaul and MR Shah while Read More…

Share via A villager, Ashok Yadav, informed the police, following which the arrests were made under the Uttar Pradesh Prohibition of Unlawful Conversion of Religion Ordinance, 2020, Uttar Pradesh Police said.   Three people have been arrested in Uttar Pradesh’s Azamgarh district under the state’s new anti-conversion law, police said on Tuesday.   Balchandra, Gopal Read More…

Share via   Central teams to investigate lapses in controlling the coronavirus disease and allegations of coronavirus lockdown violations will be sent to three more states, the government said today after it faced  a bitter row with West Bengal.   The three states new states are Gujarat, Telangana and Tamil Nadu.   Following Mamata Strong Read More…