Skip to content
Share via
“The UP government has no right to stay in power. Our demand is that justice should be served,” Yechury said.
Thousands of protesters took to the streets on Friday evening demanding justice for the gang-rape victim of Hathras an incident that has shaken the conscience of the nation.
On Thursday night, Delhi Police clarified that no assembly would be permitted at the India Gate as CrPc section 144 has been imposed barring gathering of more than four people. However, gathering is permitted at Jantar Mantar. 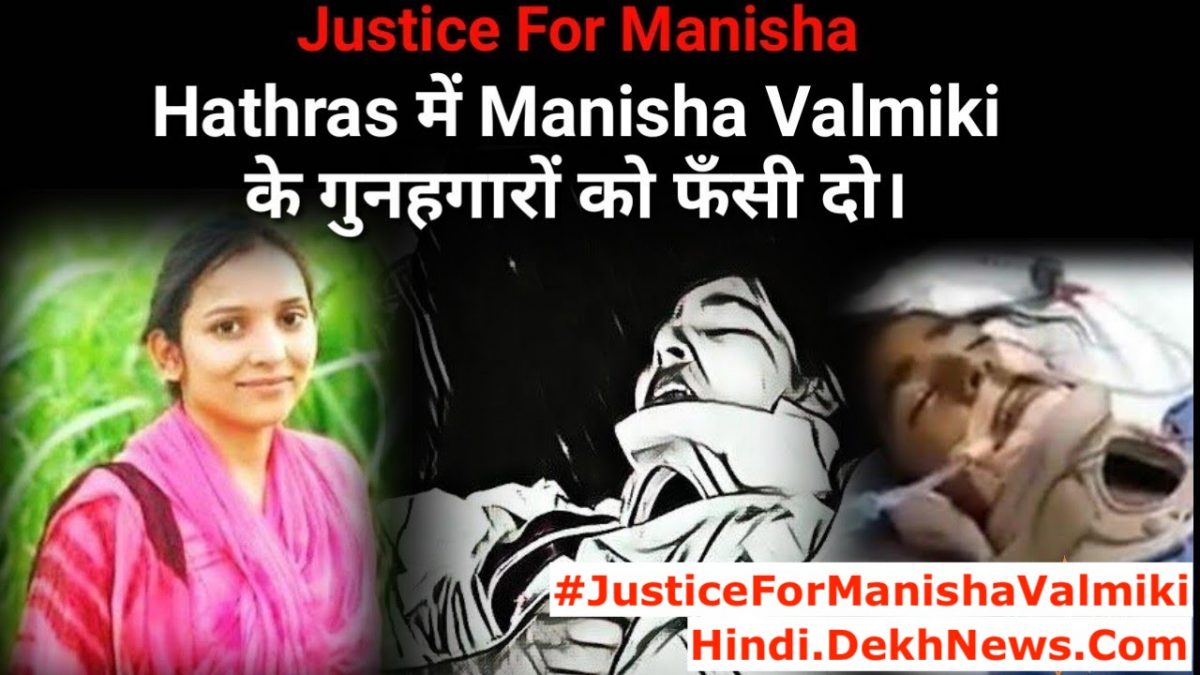 Accordingly, the Aam Aadmi Party changed the venue of their pre-scheduled protest rally from the India Gate to Jantar Mantar.
“I will visit #Hathras. Our struggle will continue till the time UP CM doesn’t resign, & justice is served. I urge SC to take cognizance of the incident,” he said.
Delhi chief minister Arvind Kejriwal, CPM General Secretary Sitaram Yechury and CPI leader D Raja also joined the protests.
“The UP government has no right to stay in power. Our demand is that justice should be served,” Yechury said.
“I will visit Hathras. Our struggle will continue till the time UP CM doesn’t resign and justice is served.
I urge the Supreme Court to take cognisance of the incident,” Bhim Army chief Chandrashekhar Azad said.
Security has been tightened around the India Gate as the protests are in the vicinity.
Apart from the AAP, Bhim Army too had a scheduled protest at the India Gate on Friday. Instead of gathering at the India gate at 5pm, Bhim Army chief Chandrashekhar Azad asked his supporters to assemble at Jantar Mantar.
“Like a dictator, the police has closed down the entire India Gate, showing dictatorship. But we will not let the demand for justice be weakened. Modi ji will have to answer ,” the Bhim Army chief tweeted.
In a video message posted earlier in the day, Azad said that Prime Minister Narendra Modi needed to break his silence over the brutal rape of the woman.
“The PM washes the feet of Dalits before elections but remains quiet when a Dalit daughter of Uttar Pradesh is brutally raped. We will organise a protest at India Gate at 5pm today. The PM will have to give us answers,” he said.

The Bhim Army chief had also led a protest at Gate Number 5 of Safdarjung Hospital on Tuesday, soon after the victim was declared dead.
On Wednesday, Azad was put under house arrest by local police in Saharanpur, where he started a “dharna”.

Share via “A boxer Narendra Modi, who boasted of his 56-inch chest, entered the ring to fight unemployment, farmers’ issue, corruption and other issues,” the Congress chief said.   Congress President Rahul Gandhi on Monday said Prime Minister Narendra Modi is a “boxer” who entered the ring to fight unemployment but ended up punching his Read More…

Share via The Uttar Pradesh government has ordered a probe against personal secretaries of three senior ministers after a sting operation conducted by a TV channel showed them seeking bribes against favours like transfers, winging contracts in their favour, an official said on Thursday.   Additional Chief Secretary (Secretariat Administration) Mahesh Gupta has ordered the Read More…

Share via The Ramlila Maidan started filling up from about 10.30 am when farmers from Delhi, Haryana and Punjab started pouring in. About 13,000 people have reached the ground and many are still on their way.   It was a sea of red at Ramlila Maidan where thousands of farmers from across the country converged Read More…