Skip to content
The Supreme Court on Monday allowed an appeal filed by the Tamil Nadu Pollution Control Board against the National Green Tribunal ‘s order of December 15, 2018, to re-open Sterlite copper plant at Thoothukudi.
A bench of Justices R F Nariman and Navin Sinha said the plea by Vedanta was not maintainable before the green panel.
The top court asked the parties to approach the High Court.
Earlier, the top court had on January 8 refused to stay the tribunal’s order to re-open the plant.
The court, however, had stayed the December 21 Madurai bench order of the Madras High Court which had ordered status quo in the matter.
The top court had issued a notice to Vedanta Ltd on a special leave petition filed by the Tamil Nadu government.
“The directions that have been passed by the National Green Tribunal, by its judgment dated 15.12.2018, will continue to subsist and will be subject to the ultimate outcome of the appeal,” the bench had said.
In its petition, the state government claimed the tribunal failed to consider the entire gamut of data, documents and evidence in the case to show that the plant had “irreversibly polluted the ground water in and around the district”.
The tribunal chose to direct the Tamil Nadu Pollution Control Board (TNPCB) to pass fresh orders of renewal of consent and issue an authorisation to Vedanta Limited to handle hazardous substances, it said.
“There are no reasons but mere conclusions in the impugned order (of NGT). It is unfortunate that the NGT has not bestowed adequate and serious consideration of the environmental pollution caused by the respondent’s unit,” the state government claimed. 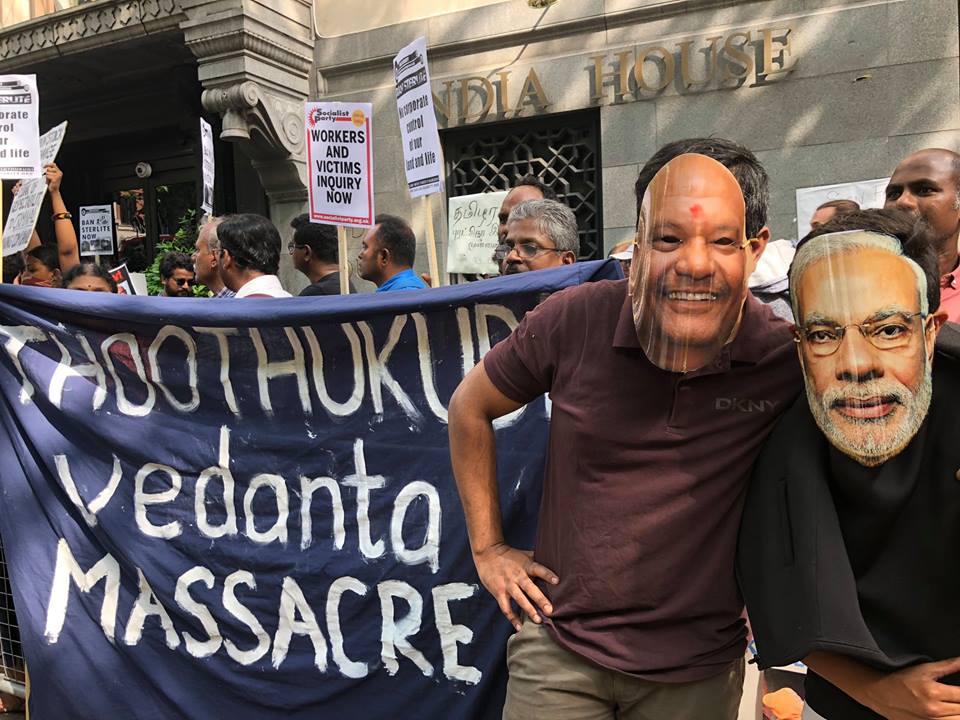 It also claimed the tribunal could not have appointed a committee headed by former high court chief justice Tarun Aggarwala to prepare a report in the case.
The NGT relied upon the committee’s report which had failed to consider any of the contentions as well as documents, it further contended.
“The NGT assumed a non-existent jurisdiction but having done so, failed to exercise it by considering the facts and evidence while arriving at findings,” the state government claimed.
Notably, the apex court had in November 2018 refused to stay a Madras High Court order for a CBI probe against police and district officials for firing at anti-Sterlite protesters in Tamil Nadu on May 22 and 23 last year, claiming 13 lives and leaving scores others injured.
Splco Reporter
Special Correspondent Group of right thinking writers who eulogise self expression in quest of truth in news making jointly contribute under the platform of splco.me a novel social media channel.

The death of two men, Jayaraj and his son Bennicks, in sattankulam south Tamilnadu Nellai district has sparked massive outrage in Tamil Nadu.   The two were picked up for questioning by cops of the Sathankulam police station for allegedly violating lockdown rules.   As new details are made public, questions are being raised over Read More…

The Supreme Court asked the Central Pollution Control Board (CPCB) to initiate prosecution against government officials who have not acted on nearly 250 complaints received on its official social media accounts with regard to pollution in Delhi.   A bench of Justices Madan B Lokur and Deepak Gupta said that officials who have failed to Read More…