Skip to content
Share via
For the first time in 30 years, Iraq and Saudi Arabia have opened the Arar border crossing for trade the Iraqi border ports commission has said in a statement, Al-Jazeera reported.
Top officials, including Iraqi interior minister and the Saudi ambassador to Iraq, travelled from Baghdad to formally open Arar, where a line of cargo trucks had been waiting since Wednesday morning, the report said. 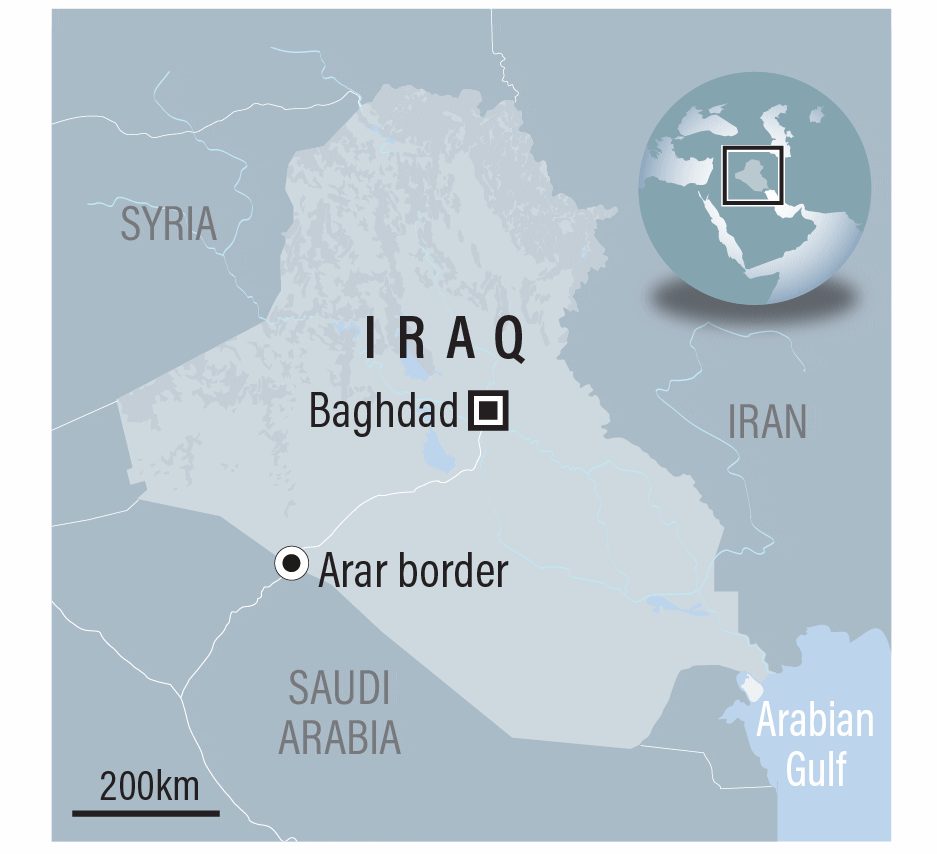 Arar had remained closed since 1990 after the two countries severed ties following former Iraqi leader Saddam Hussein’s invasion of Kuwait.
The border crossing will be open to both goods and people, according to the statement.
Ties have remained rocky since the 1990s, but current Iraqi Prime Minister Mustafa al- Kadhimi has a close personal relationship with Saudi Crown Prince Mohammed bin Salman.
Kadhimi was to travel to Saudi Arabia as his first foreign trip as prime minister in May, but the visit was cancelled at the last minute when Saudi King Salman was hospitalised.
He has yet to make the trip, although Iraqi ministers have visited Riyadh to meet with their counterparts and a top-level Saudi delegation travelled to Baghdad last week.
However, ahead of Arar’s opening, pro-Iran faction Ashab al-Kahf published a statement announcing its “rejection of the Saudi project in Iraq”.
“The intelligence cadres of the Islamic Resistance are following all the details of the Saudi enemy’s activities on the Iraqi border,” it warned.
Speaking to reporters on Tuesday evening, Kadhimi fired back against those describing the rapprochement as Saudi “colonialism”.
“This is a lie. It’s shameful,” he retorted .
“Let them invest. Welcome to Iraq,” Kadhimi added, saying Saudi investment could bring in a flood of new jobs to Iraq where more than one-third of youth are unemployed.
Baghdad sees Arar as a potential alternative to its crossings with eastern neighbour Iran, through which Iraq brings in a large share of its imports.

Share via In a major change in its foreign direct investment (FDI) policy, India has brought in revised  measures to curb the ‘opportunistic takeover’ of Indian companies due to the current Covid-19 pandemic by firms in neighbouring countries, including China.   According to the Press Note 3 issued by the Department for Promotion of Industry Read More…

Share via In a major setback to relation with India , Nepal’s Parliament on Saturday unanimously voted to amend the Constitution to update Nepal country’s new political map, laying claim over the strategically key areas of Lipulekh, Kalapani and Limpiyadhura along the border with India, despite strong protests by New Delhi against any “artificial enlargement” Read More…

Share via Nepal Prime Minister KP Sharma Oli has accused India of trying to destabilise his government and has alleged the Indian Embassy in Nepal was conspiring about the same.   Sharma Oli on Sunday said that even though the “game” to oust him from the post has begun, it is impossible to remove him. Read More…