Inside America the latest unrest in Minnesota’s largest city went largely unchecked late Thursday, with the mayor ordering a tactical police retreat from a police station that was set ablaze

National Guard troops called out earlier in the day by the governor kept a low profile. Governor Tim Walz had ordered the Guard to help keep the peace after two previous nights of disturbances sparked by George Floyd’s death on Monday.
Floyd was a Houston native who had worked as a nightclub security guard. An employee who called police described the suspect as appearing to be drunk, according to an official transcript of the call. 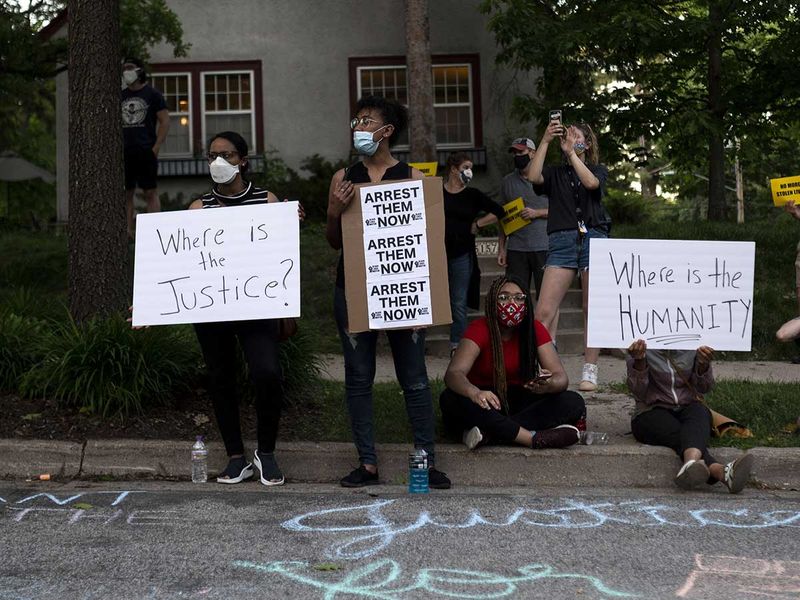 Minneapolis third night after the death witnessed racially charged arson, looting and vandalism gripped Minneapolis as protesters vented rage over the death of an unarmed black man after a white police officer knelt on his neck as he lay on the ground following arrest.
Earlier the arrest of Floyd, 46, was captured by an onlooker’s cell phone video that went viral and showed a police officer pressing his knee into Floyd’s neck as he moaned: “Please, I can’t breathe.” 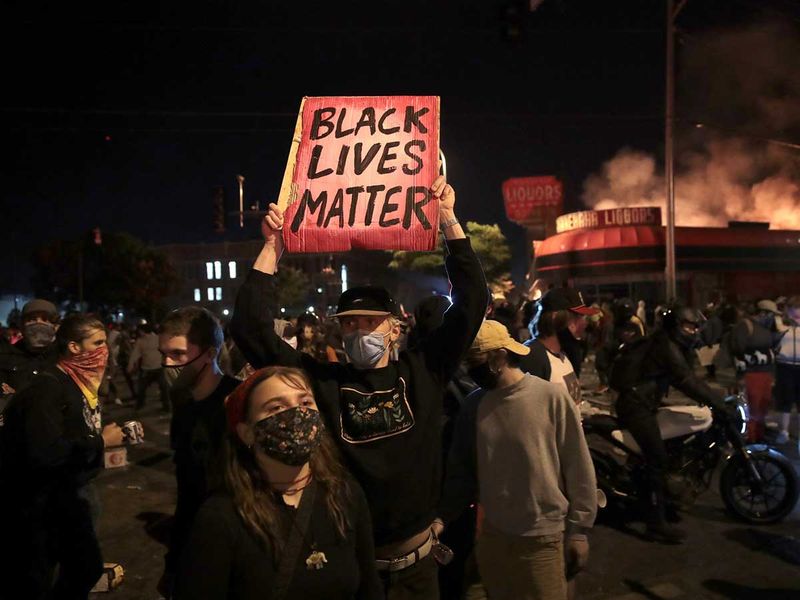 Four police officers involved in the arrest of Lloyd, who according to police version was accused of trying to pass counterfeit money at a corner store, were dismissed on Tuesday, but unrest has continued unabated.
Thursday night’s disturbances in Minneapolis also spread into adjacent city of St. Paul, the state capital, with fires and vandalism breaking out there.
In contrast with Wednesday night, when rock-throwing demonstrators clashed with police in riot gear, law enforcement in Minneapolis kept mostly out of sight around the epicenter of Thursday’s disturbances, the Third Precinct police station. 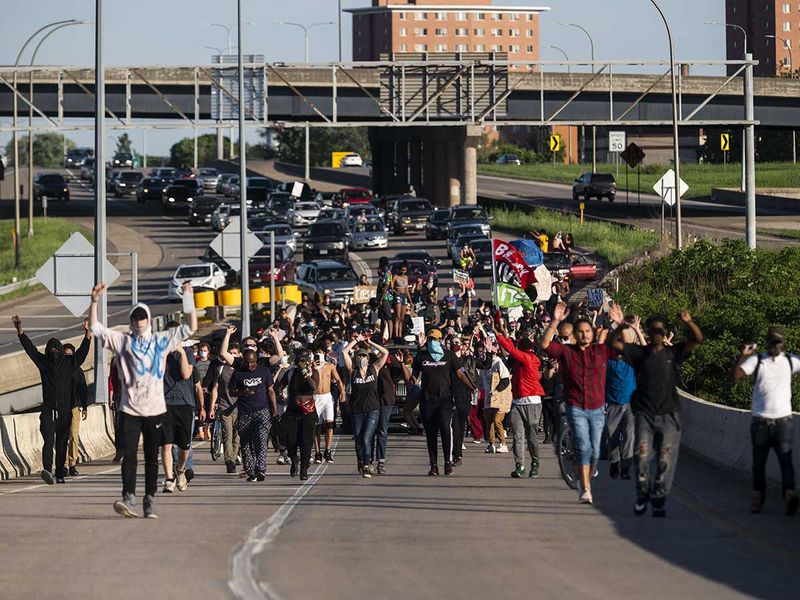 Protesters massing outside the building briefly retreated under volleys of police tear gas and rubber bullets fired at them from the roof, only to regroup and eventually attack the building, setting fire to the structure as police withdrew.
At a news briefing early Friday, Mayor Jacob Frey defended his decision to evacuate the precinct station due to “imminent threats to both officers and the public.
The Minnesota National Guard said it activated 500 of its soldiers in the greater Minneapolis area, mostly to provide security support to firefighters 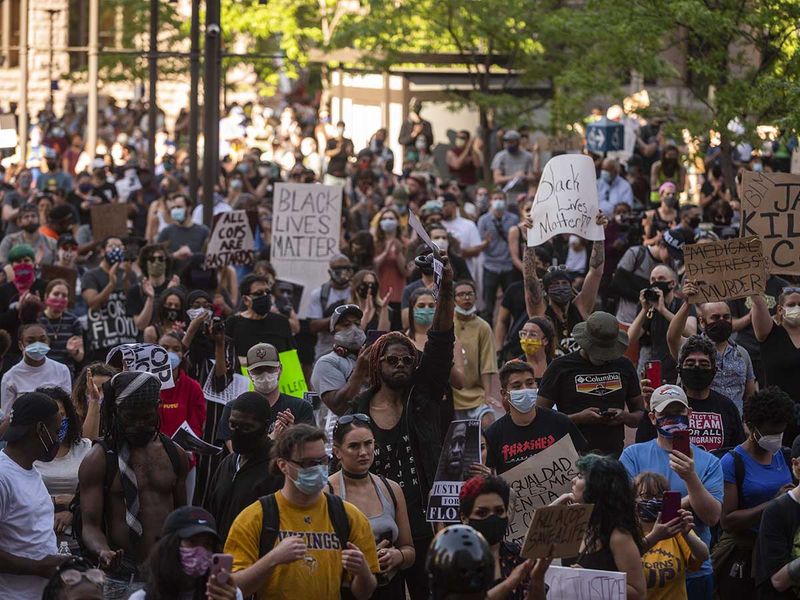 The mayor said many of the troops had been posted around the city to help police prevent looting of banks, grocery stores, pharmacies and other essential locations during the coronavirus pandemic.
Several other buildings and a car were set ablaze and looters plundered several businesses, including a burning liquor store and nearby discount store that had been ransacked the night before. Fire officials said 16 buildings were torched on Wednesday night. 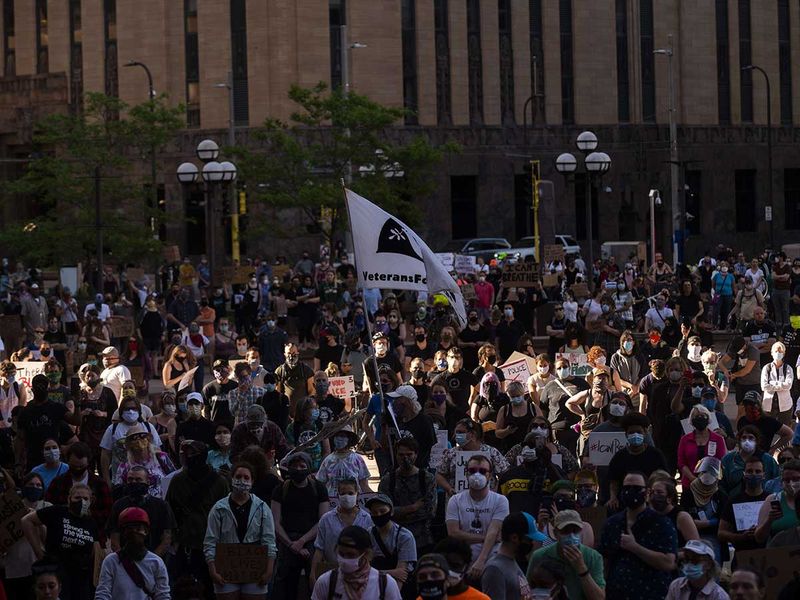 The Floyd case was reminiscent of the 2014 killing of Eric Garner, an unarmed black man in New York City who died after being put in a banned police chokehold as he, too, was heard to mutter, “I can’t breathe.”
Garner’s dying words became a rallying cry for the Black Lives Matter movement that formed amid a wave of killings of African-Americans by police. 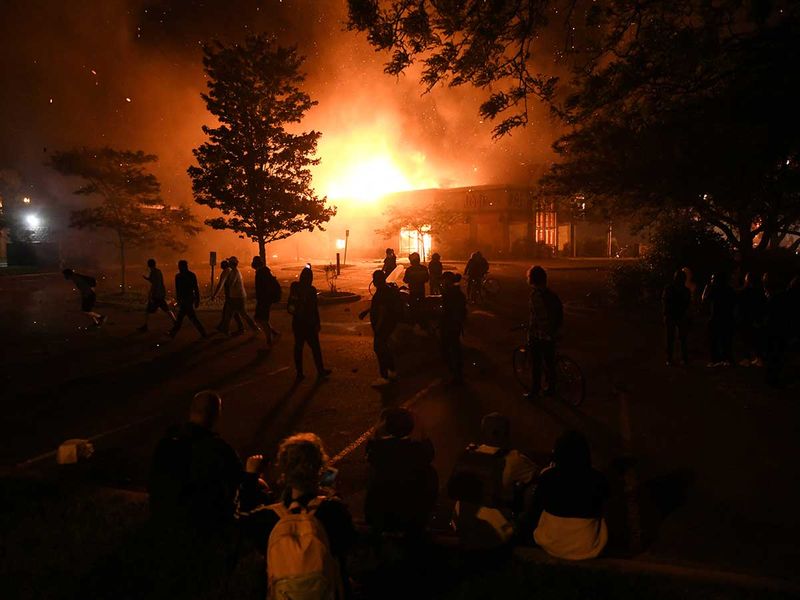 At a peaceful daytime rally and march on Thursday around a county government center in Minneapolis, protesters pressed their demands for the four policemen to be arrested and charged.
Officials overseeing investigations from the US Justice Department, FBI, Minnesota Bureau of Criminal Apprehension and prosecutors appealed for calm, vowing a thorough investigation.

Share via Unaccustomed to the sheer scope and magnitude of the conflagrations, Oregon’s ill-equipped firefighters initially struggled for days to even keep pace with the blazes, before cooler, moister and less windy weather settled over the region, and reinforcements could arrive.   Wildfires have claimed at least eight other lives in Oregon and one in Read More…

Share via Global stocks fell drastically on Tuesday, a day after US crude oil prices turned negative for the first time in the History of Oil trade , as dismal company earnings reports underlined worries about economic damage from the coronavirus pandemic.   MSCI’s All Country World Index, which tracks stocks across 49 countries, was Read More…

Share via US Democratic party presidential nominee Joe Biden had on Tuesday named 55-year-old Harris as his vice-presidential running mate, making history by selecting the first black woman to compete on a major party’s presidential ticket. The nomination of US senator Kamala Devi Harris, who has her DNA root connections with Tamilnadu , as the Read More…

45. Associate with the noble.