BJP led unions government got border issues across already with China , Pakistan and now newly on the queue is erstwhile friend Nepal

Nepal claims Lipulekh but the Indian side has said the road is completely within its territory.
Adding injury to India’s wound Nepal’s Parliament on Tuesday discussed a constitutional amendment to give legal backing to a new political map that shows Kalapani and Lipulekh as part of Nepalese territory amid widespread backing for the move from lawmakers.
The amendment, which requires a two-thirds majority in both houses of Nepal’s Parliament, is certain to be passed as all key parties, including the opposition Nepali Congress and Madhes-based parties, have backed it.
After Kathmandu protested against the opening of an 80-km road to Lipulekh on the Chinese border by New Delhi last month saw diplomatic reactions soar between Nepal and India
In Parliament, Janata Samajbadi Party leader Rajendra Shrestha said there should be no compromise on an issue involving national sovereignty and integrity.
Nepali Congress’ chief whip Bal Krishna Khand said his party had already decided to back the amendment.
The move in Parliament followed after several efforts by Kathmandu to hold talks with New Delhi on the border row. People familiar with developments said Nepal last formally contacted India early in May for talks to resolve the issue.
[splco_spacer] 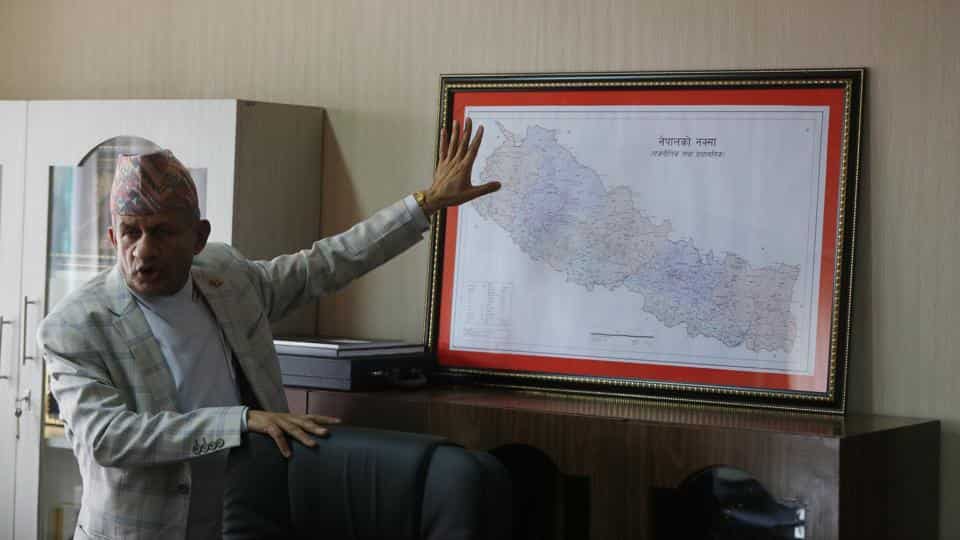 [splco_spacer]
Nepal’s parliamentarians now have three days to register changes to the amendment, following which it will be presented for a vote in the two houses.
Upset with the process there was no formal word from Indian officials on Tuesday’s development in Nepal.
Nepal’s foreign minister Pradeep Gyawali told Parliament that the new road to Lipulekh had “undermined” the country’s sovereignty.
Nepal’s border begins at Limpiyadhura, the origin of the river Kali, and the border with India is determined by the Treaty of Sugauli of 1816, he said.
India, he added, had acknowledged in 1997 that the borders at Kalapani and Susta were “unresolved”.
Gyawali also said Nepal was still awaiting a response from India on holding talks to resolve the border row that has strained bilateral relations.
“We have expressed time and again that Nepal wants to sit at the table to resolve this problem,” he said.
“We are waiting for formal negotiations so that these two countries with a very unique type of partnership can develop a more inspiring relationship that reflects the requirements of the 21st century.”
After the issue flared up, the government of Prime Minister KP Sharma Oli issued a new political map on May 20 that showed Limpiyadhura, Lipulekh and Kalapani as Nepalese territory.
[splco_spacer]

Share via Senior IPS officer Rishi Kumar Shukla was on Saturday appointed the new Director of the country’s premier investigating agency CBI, three days after he was removed as Madhya Pradesh’s Director General of Police.   The immediate task of the 59-year-old officer would be to restore the credibility of the agency, which grabbed headlines Read More…

Share via A group of more than 2,000 online sellers has filed an antitrust case against Amazon in India, alleging the US company favours some retailers whose online discounts drive independent vendors out of business, a legal filing seen by according to Reuters. The case presents a new regulatory challenge for Amazon in India, where Read More…