Skip to content
Share via
With  in 50 minutes after quitting Congress, actor-turned-politician Khushbu Sundar joined BJP has raised political mercury inside Tamilnadu state politics
The grand old party’s former spokesperson from Tamil Nadu had on Saturday tweeted about an “inevitable change” that was going to occur in the coming days, a possible reference to her joining the BJP.
1990s famous Tamil film actress and former Congress spokesperson Khusbu Sundar on Monday joined the Bharatiya Janata Party (BJP) hours after along with anti dravidan Madan Ravichandran, a political journalist, and former Indian Revenue Service (IRS) officer Saravana Kumar also joined the party along with Kushboo .

In her resignation letter to Congress president Sonia Gandhi, Sundar said, “Few elements seated at higher level within the party, people who’ve no connectivity with ground reality or public recognition, are dictating terms.” 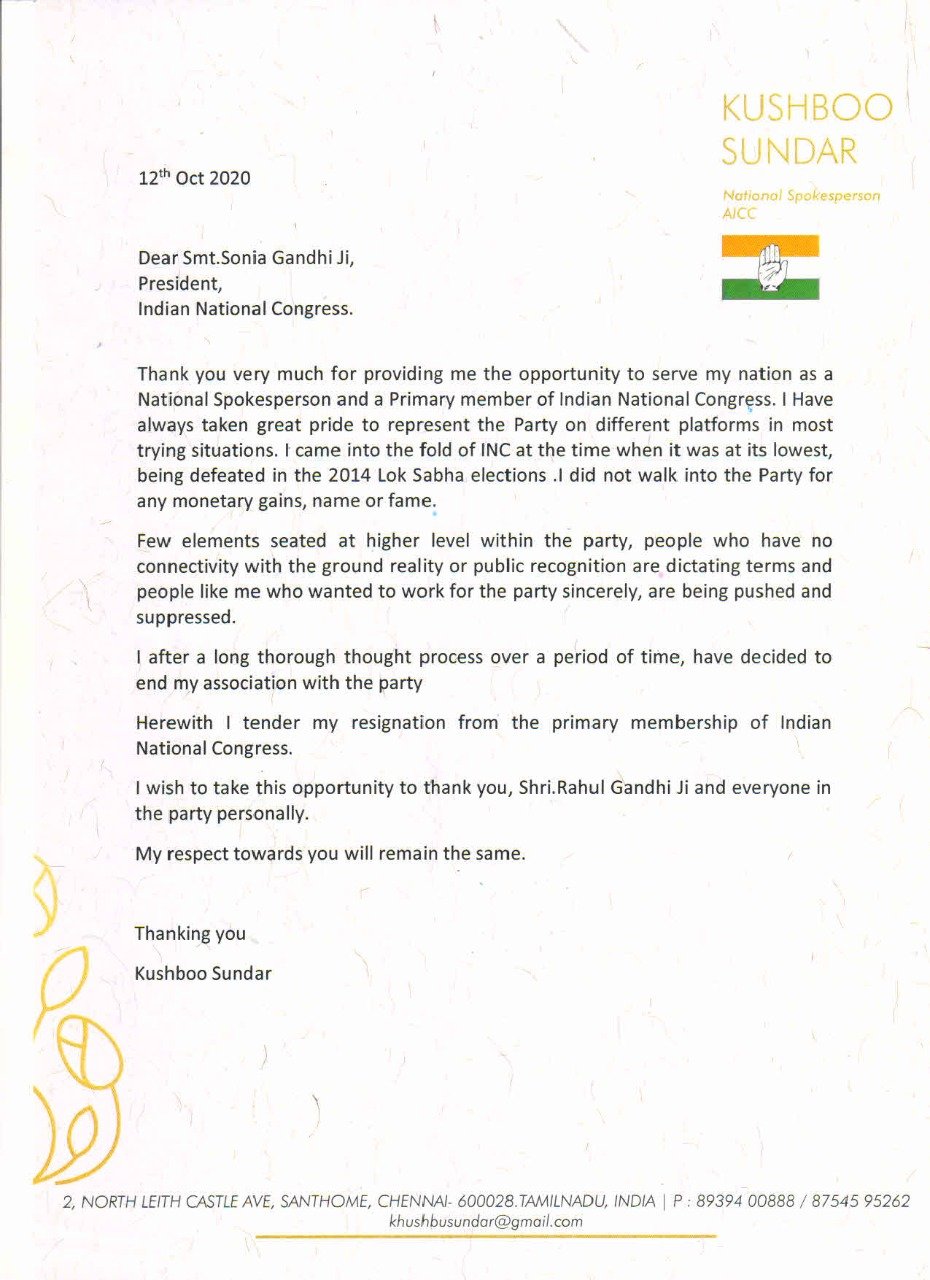 “Many see a change in me. Well as you age, you evolve n grow, learn n unlearn, perceptions change, likes n dislikes too, thoughts n ideas take a new shape, dreams are new, you understand the difference between like n love, between right n wrong. Change is inevitable. Happy eve,” she wrote on Twitter.
Her views were seen conflicting from the Congress’ soon after she took a divergent stand on the BJP-led National Democratic Alliance’s (NDA) National Education Policy (NEP), 2020 and welcomed it.
Leaders from Tamil Nadu had attacked her over her stance. She had later apologised to former Congress president Rahul Gandhi, but had insisted she would “rather speak the fact than be a robot or a puppet”.
She joined the BJP on Monday in presence of J.P. Nadda ahead of the Tamil Nadu assembly elections due next year.
In further elopement “Smt. Khushbu Sundar is hereby dropped as AICC Spokesperson with immediate effect,” said a statement from Pranav Jha, party Secretary In-charge of Communications.
Khusboo who switch stands often joined Congress in 2014 after leaving DMK left for New Delhi on Sunday, sources said, to meet BJP leaders.
Social media in Tamilnadu buzz with memes and many bring out the memories where she blasted Amit shah and Modi ..

Share via The family member of Hathras incident victim complains that they are being stopped from speaking to media from every angle as the administration has imposed section 144 of CrPC in this village of Hathras.   Today morning, a minor from the victim’s family was sent by the family members to reach out to Read More…

9. Feed the hungry and then feast.