Skip to content
Share via
Six of the seven accused in the brutal rape and murder case of an 8-year-old girl in Kathua in Jammu and Kashmir were convicted by a special court here on Monday.

This includes police officers Deepak Khajuria and Parvesh Kumar as well as Sanjhi Ram, the head priest of the temple where the ghastly crime took place. 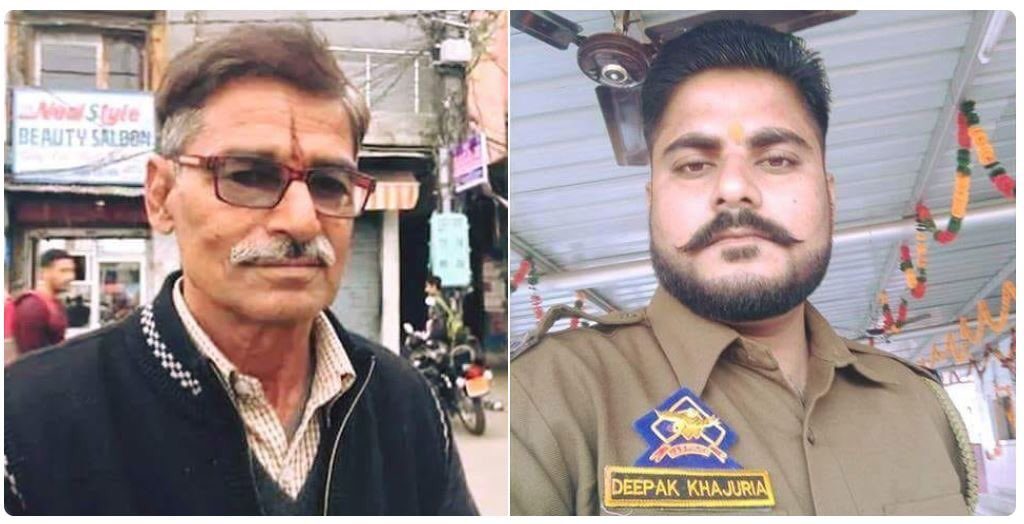 A seventh accused, Vishal, who is the son of main accused Sanji Ram, was acquitted. The quantum of punishment will be announced later Monday.

The closed-door hearing in the case was completed on June 3, during which district and sessions judge Tejvinder Singh had announced that the date of verdict.
On Monday, the three accused mentioned above, as well Anand Dutta, Tilak Raj and Surender Verma were convicted under the Ranbir Penal Code.
The six have been charged under sections which pertain to those dealing with kidnapping, rape as well as erasing evidence, among others.
Vishal, however, was let off by the court based on the accessed CCTV footage of an ATM in Muzzafarnagar in which Vishal had been seen withdrawing money on the day and around the time investigative officers claimed he was in Kathua.
Former J&K CM Mehbooba Mufti reacted to the verdict shortly after. “Welcome the judgement. High time we stop playing politics over a heinous crime where an 8 year old child was drugged, raped repeatedly & then bludgeoned to death.
Hope loopholes in our judicial system are not exploited & culprits get exemp,” she tweeted.
Security had been stepped up outside the court earlier on Monday with local police as well as SSG commandos stationed here.
As per the chargesheet filed in the case, the girl was abducted on January 10, 2018 and held captive at a Hindu temple in a village in Kathua district.
She was kept unconscious for almost four days, during which she was raped by persons including Hindu Priest
Following the heinous act, the child was brutally murdered.
The hearing in the case was conducted on a day-to-day basis in the district and sessions court in Pathankot in Punjab.
After ruling BJP tampered with evidence the case was transferred to Pathankot on the orders of the Supreme Court.

Share via Union government of India when it  abolished 370 article this  bought cheers in ruling benches and Home Minister Amit shah said  peace  now a reality in Kashmir . But  even after 10 months lock down and refusal  to provide 3G/4G net work services for Kashmiris bullet sounds are heard and Indian Soldiers are Read More…

Share via The Supreme Court, in a historic verdict on Friday, allowed the entry of women of all ages into the Sabarimala Ayyappa temple in Kerala. here come the reactions of various Hindu outfits , political parties and women activists been updated  RSS : ‘No normal women devotee will defy the traditions’ BJP leader and Read More…

Share via Congress leader Rahul Gandhi on Sunday demanded the release of former Jammu and Kashmir chief minister Mehbooba Mufti, saying India’s democracy is damaged when the government illegally detains political leaders.   The Peoples Democratic Party leader has been in detention under the Public Safety Act (PSA) since Jammu and Kashmir’s special status under Read More…