Skip to content
Share via
[splco_heading size=”15″ align=”left” margin=”30″]A study that linked COVID-19 with air-conditioning was conducted by Guangzhou Center for Disease Control and Prevention, in an air-conditioned restaurant involving three family clusters . The researchers studied 10 positive patients from three families who had eaten in the same air-conditioned restaurant.[/splco_heading]
The family A, which had earlier travelled to Wuhan, dined in the restaurant on January 24, while two other families B & C sat at the neighbouring tables.
On the same day, one member (A1) of family A, experienced onset of fever and cough and went to the hospital; and on February 5, a total of 9 others (4 members of family A, 3 members of family B, and 2 members of family C) became ill with COVID-19.
The study had found that the only known source of exposure for the affected persons in families B and C was patient A1 at the restaurant.
“Virus transmission in this outbreak cannot be explained by droplet transmission alone.
Larger respiratory droplets (>5 microns) remain in the air for only a short time and travel only short distances, generally <1 m.
The distances between patient A1 and persons at other tables, especially those at table C, were all >1 m.
However, strong airflow from the air conditioner could have propagated droplets from table C to table A, then to table B, and then back to table C,” the study concluded.
The study further concluded that droplet transmission was prompted by air-conditioned ventilation and the key factor for infection was the direction of the airflow.
The study thus strongly recommended increasing the distance between tables and improving ventilation.
Chinese researchers has concluded that droplet transmission was prompted by air-conditioned ventilation.
Not many other studies, however, have associated AC use with coronavirus spread.
In this given scenario it is important to consider  the guidelines compiled by the Indian Society of Heating Refrigeration and Air Conditioner Engineers (ISHRAE) 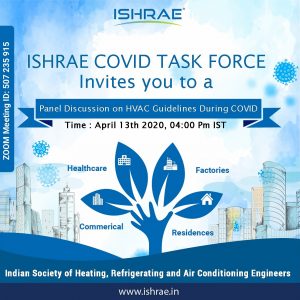 ISHRAE recommends a temperature between 24-30°C should be maintained while operating ACs at home, and that relative humidity levels in the range of 40%-70% is considered most suitable.
ISHRAE cites data from a study which examined the transmission of the coronavirus in 100 cities of China.
The study had indicated that high temperature and high humidity “significantly reduce the transmission of influenza”.
“Studies conducted at various RH levels have shown that using viral culture methods low temperatures (7–8°C) were optimal for airborne influenza survival, with virus survival decreasing progressively at moderate Temperatures (20.5–24 °C) and further decreases at higher (greater than 30 °C) temperatures.
As per some recent studies, SARS-CoV-2 has been found highly stable on surfaces for 14 days at 4°C; one day at 37°C and 30 minutes at 56°C was needed to inactivate the virus,” ISHRAE states.
Relative humidity is believed to affect infectivity of the coronavirus. Moisture in the air plays a primary role in proving protection against respiratory infection.
In the upper respiratory tract, moist surfaces with mucous layers collect larger particles before they enter the trachea and pharynx; in the lower respiratory tract, the bronchi and alveoli trap small particles.
When we breathe dry air, the mucous membrane in the lungs also become dry; the fluid over the lining of the cells becomes more viscous, and cilia, the little hair that protects our lungs from deep settling of particles, are rendered dysfunctional so that particles settle more deeply in the lungs.
[splco_spacer] 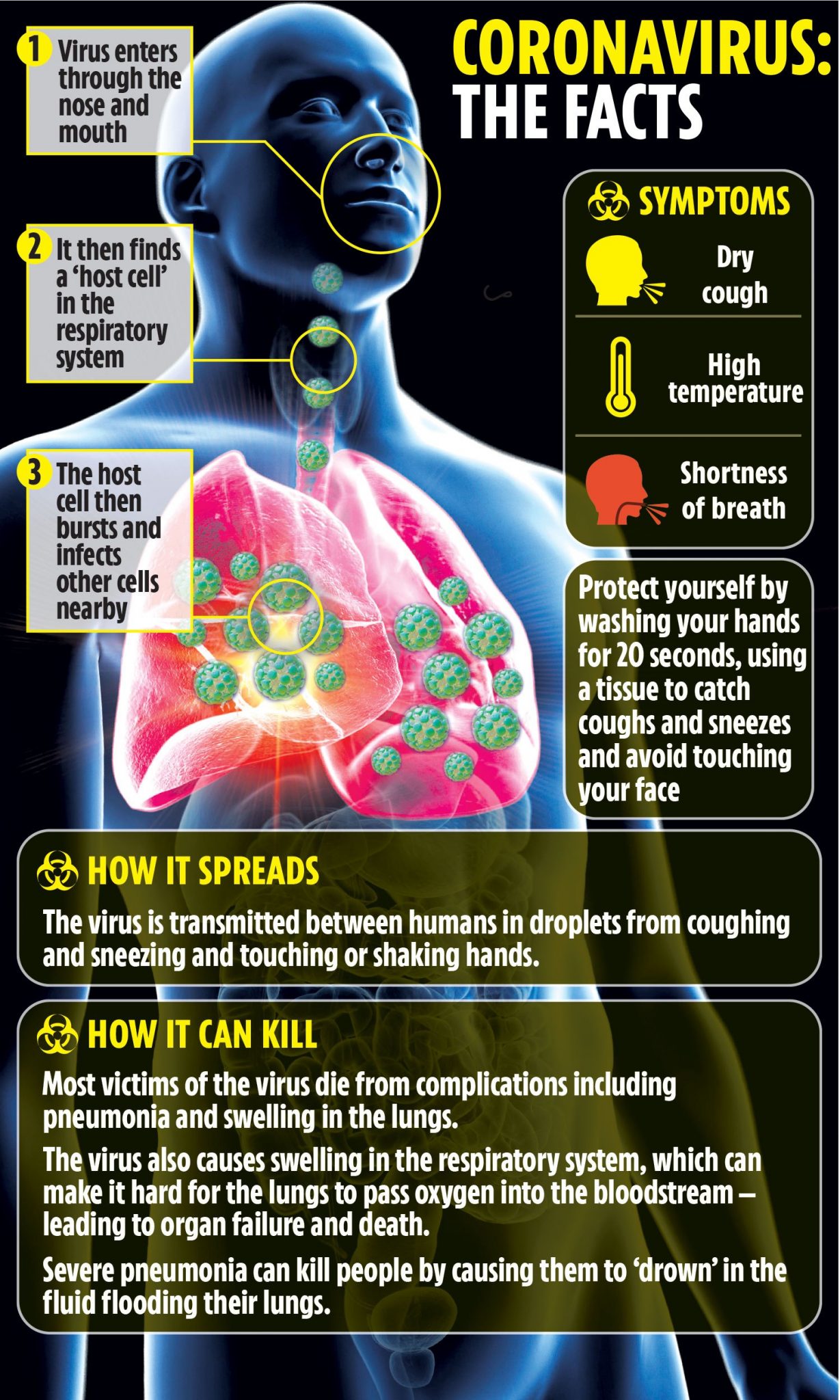 [splco_spacer]
Humidity levels of 40-70% are considered the most ideal range for humans to fight pathogens.
ISHRAE also notes that studies indicate that 80% relative humidity tend to neutralise the COVID-19 virus.
The guidelines state that in dry climate, relative humidity should not be allowed to fall below 40%. Water evaporating from a pan kept should be kept in the room; this will increase humidity if it falls below 40%.
Among other guidelines, recirculation of cool air by room air-conditioners must be accompanied by outdoor air intake through slightly open windows and exhaust by natural exfiltration.
“Fresh Air intake through a fan filter unit will prevent outdoor dust entry (containing high levels of PM10 and PM2.5 particles) and exhaust through kitchen and toilet exhaust fans kept operational,” the ISHRAE guidelines states.
Also read : Researchers Identified Six More New Coronaviruses From Myanmar Bats

Vijay Mallya offers to repay 100% of only principal only

Share via   Fugitive liquor baron Vijay Mallya, today in a series of misleading tweets requested various Indian banks to accept his offer to pay back 100% of the principal loan amount he owes to them, and not the interest accrued.   This development comes days ahead of a UK court’s decision on his plea Read More…

Share via According to a research report by CARE Ratings, the total number of H-1B applications approved to the top five IT majors — TCS, Infosys, HCL, Wipro and Tech Mahindra — stood at a mere 22,429, down from 43,957 in 2017, amid the rhetoric against immigrant workers by the Donald Trump administration.   The allocation of H-1B Read More…

Share via India accounts for 70 percent of all HCQ manufacturing globally and is a leading exporter. The drug has become critical in fighting against COVID-19 with proven efficacy in reducing the viral load.   While the potential benefits of HCQ in the treatment of COVID-19 are yet to be proven through Randomised Controlled Trials Read More…