Skip to content
Horrifying incident took place at Shri Sahjanand Girls’ Institute (SSGI) in Bhuj after the hostel rector complained to the principal that some of the inmates had been violating their religious norms specifically for menstruating females.
What then happened is beyond imagination .. 68 undergraduate hostellers were paraded through the college into the restroom and forced to individually remove their undergarments to prove that they were not menstruating.
This institute situated in Gujarat , Bhuj in its website proclaims its mission to be ” Self development and empowerment of Girls through modern, scientific and value based education to enable them to lead a purposeful life filled with moral and spiritual values”
This institute is Run by followers of Swaminarayan Mandir in Bhuj (Nar Narayan Dev Gadi), the college was set up in 2012 but moved into a new building on the premises of Shree Swaminarayan Kanya Mandir in 2014. 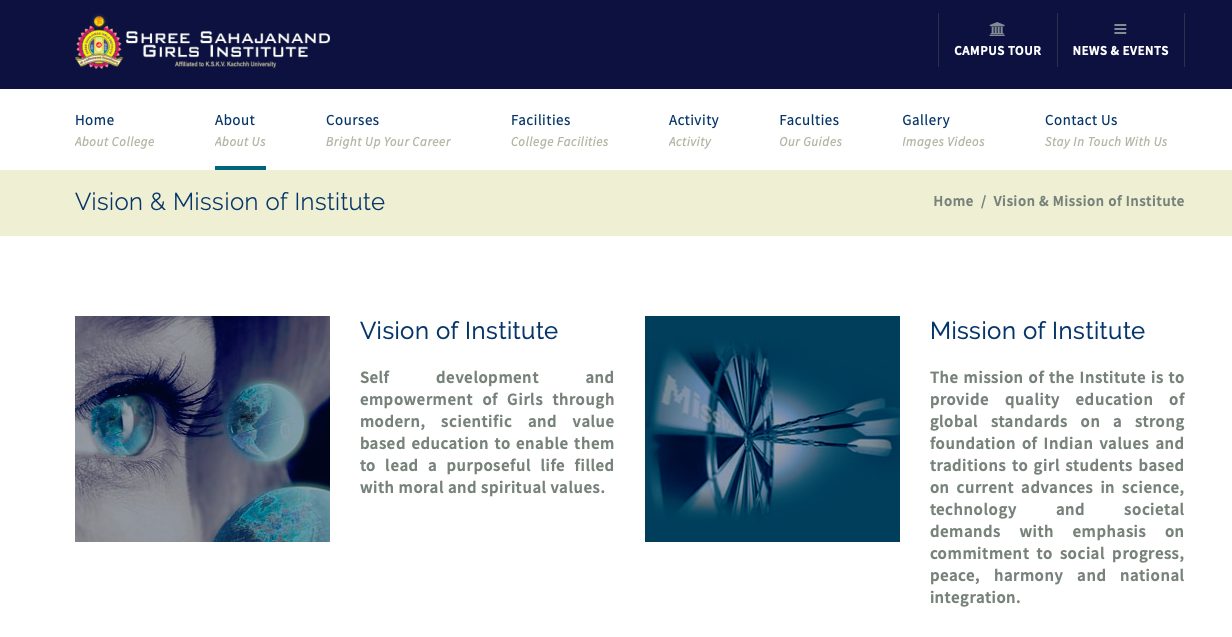 The college which offers BCom, BA and BSc courses has about 1,500 students of which 68, who come from remote villages, stay in the hostel on the campus which also houses a Swaminarayan temple
According to the sect’s norms, menstruating females are barred from entering the temple and kitchen. They are even forbidden from touching other students.
Sushma (name changed) one of the students who stay at the hostel as she comes from a remote village, said, “The hostel administration levelled this allegation and insulted us on Wednesday.

On Thursday, when we were attending lectures, rector Anjaliben called the principal and complained about this. We were forced to leave our classrooms and queue up outside in the passage. The principal abused and insulted us, asking which of us were having our periods. Two of us who were menstruating stepped aside.

Despite this, we were all taken to the washroom. There, female teachers asked us to individually remove our undergarments so they could check if we were menstruating.”
Smirti ( name changed ) another 19-year-old undergraduate, said, “We come from farflung villages. The college campus houses a school that runs classes from Class 1to 12.
They provide hostel facilities to the school students. The college does not have its own hostel. We live with the schoolkids in their hostel.”
She added, “The principal, hostel rector and the trustees harass us regularly over the issue of menstruation. We are punished for having periods. This happens even if we follow their religious rules. They made us remove our undergarments because they thought some of us were lying about not having periods, and mingling with the others against rules. But the humiliation meted out to us on Thursday was the last straw.
When we protested against this, trustee Pravin Pindoria told us that we could take legal action if we wanted but we would have to first leave the hostel. He also forced the students to sign a letter saying nothing happened in college. But enough is enough.”
When asked why the girls had not filed a police complaint, student yasoda ( name changed ) alleged that the college administration called their parents and emotionally blackmailed them saying that this was a religious matter and should not be taken to the cops.

Local daily Mirror got in touch with Pravin Pindoria, who is also an Executive Council member of KSKVKU university, but he refused to comment on the issue. Repeated calls and messages to principal Rita Raninga went unanswered.

Another SSGI trustee P H Hirani said, “We run a charitable organisation and take token fee. As the institute has a temple on campus, the girls have been instructed to follow the sect’s rules. However, what happened to the students is unfair. Action will be taken.”
As the news spread, KSKVKU incharge V-C Dr Darshana Dholakiya immediately formed a fact-finding committee. She told local daily , “We will take strict action against whoever is responsible for this kind of behaviour.”
Splco Reporter
Special Correspondent Group of right thinking writers who eulogise self expression in quest of truth in news making jointly contribute under the platform of splco.me a novel social media channel.

India was among the first batch of 47 countries elected to the Council in 2006 soon after it was set up and received an initial one-year term instead of three to facilitate a rotating roster of vacancies each year .It was again elected in 2007, 2011 and 2014 to three-year-terms. Countries can be elected for Read More…

Cairn was awarded damages of over $1.2 billion plus interest and costs in the long-drawn tussle over a tax dispute   Cairn Energy has begun to take steps to identify Indian assets overseas against which it can enforce the $1.2 billion award it won last month in a treaty arbitration case against the South Asian Read More…

In major setback that question the authority of Modi led BJP government Punjab government also on Monday became the ninth state to revoke general consent to the Central Bureau of Investigation (CBI) to carry out any investigation in the state.   This means henceforth The investigating agency will now have to take permission from the Read More…