Skip to content
Share via
Even at the time when India and China on Wednesday engaged diplomatically to try and resolve the standoff between the armies of the two nation at the Line of Actual Control (LAC) in Ladakh, there were reports of fresh Chinese incursions in Depsang and Daulat Beg Oldie areas.
The Chinese are creating trouble for Indian patrols near PP-10 to PP-13 at Daulat Beg Oldie sector.
In Depsang too, China has started a huge build-up of its troops and weapons. India has counter deployed its troops in the area. 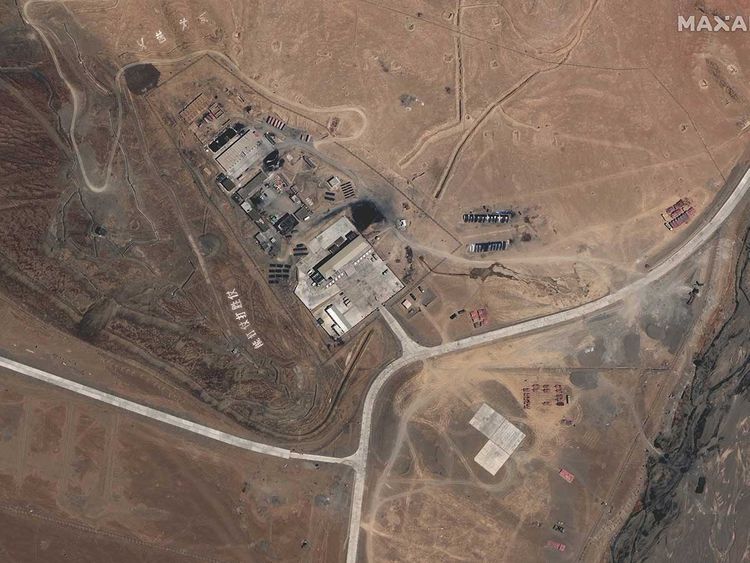 At the site of the June 15 clash where 20 Indian Army men found dead and more than 50 attained major injuries there were also claims that a large number of Chinese troops are back at patrolling point 14 in Galwan river Valley, Certain satellite picture ( unconfirmed) circulate in Social media at large in this aspect
While some reports claimed that satellite images, taken by US satellite firm Maxar on June 22 when the corps commanders from the two armies were meeting in Moldo, were of Chinese soldiers near patrolling point 14 in Galwan river valley, sources in Delhi refuse to accept the same
The satellite images shows trenches, fortification and the presence of a large number of troops.
At the meeting between the ministry of external affairs’ joint secretary Naveen Srivastava and director general in the Chinese ministry of foreign affairs Wu Jianghao held through video conferencing on Wednesday,
India conveyed its concern on the June 15 clash and both sides agreed to “strictly respect and observe the LAC” and to the “expeditious implementation” of the understanding reached between senior military commanders of the two sides on June 6 to ensure “peace and tranquillity in border areas”.
But to complicate matters, reports from Beijing said that the Chinese defence ministry on Wednesday reportedly claimed sovereignty over Galwan Valley and the Chinese foreign ministry literally blamed India for the June 15 clash. This is even after Indian PM taken a soft approach of Chinese ..

But the Chinese have continued their build up in Hot Springs and Gogra post, in counter measure the Indian Army too has deployed its troops in the area.
On the northern banks of Pangong Tso, which is the main issue of contention between the two sides, Chinese soldiers are reportedly continuing with their activities and trying to build structures in new positions.
There is a large build-up of Chinese soldiers around finger 4 where they have constructed structures and bunkers there to prevent Indian soldiers to patrol in finger 4 to 8.
Indian soldiers which have a base around finger 3 used to patrol till finger 8 area. Due to mounting of troops by Chinese Army Indian patrolling now resisted with in Finger 4

Share via   Glenn Maxwell was “disappointed” not staying unbeaten during Australia’s victory in the first T20I, and he made sure not to repeat that in the second.   Coming in at 22 for 2, Maxwell struck his third T20I century to chase down 191 in Bengaluru, and hand Australia their first bilateral T20I series Read More…

Share via It is to noted Prime Minister Narendra Modi introduced a tough bankruptcy and insolvency law in 2016, and fugitive economic offenders law aiming to help banks recover losses from fraud amounting to near $140 billion.   India’s state-run banks reported fraud worth 958 billion rupees ($13.3 billion) from April to end-September of this Read More…

Share via “The MSME issue has been examined in RBI and a view has been taken to facilitate meaningful restructuring of MSME accounts that have become stressed,” it said.   “RBI has decided to permit a one-time restructuring of existing loans to MSMEs that are in default but ‘standard’ as on January 1, 2019, without Read More…