In the latest twist and turn of events, the police have arrested Hemanth, husband of VJ Chithra, for alleged abetment to suicide of the actress.

Even while the police had swiftly concluded Chitra’s death to have been suicide after the post mortem reports, her friends and family members have been alleging a foul play.

There were reports from relatives and friends who claimed wounds on Chitra’s body and sought a full probe into her death. 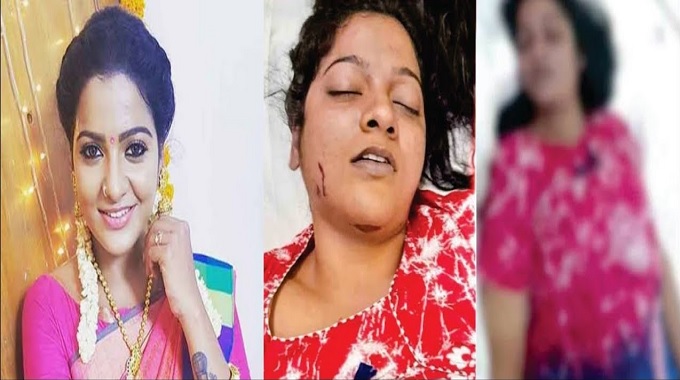 Following the arrest, Hemanth was reportedly lodged in Ponneri sub-jail.

Apparently, this arrest comes after a six-day interrogation, combined with a Regional Divisional Officer (RDO) enquiry on December 14.

VJ Chitra was found dead at the hotel room she was staying in, during the early hours of December 9. The actor was best known as Mullai, a role she played in the soap opera ‘Pandian Stores’. VJ Chithra’s suicide came as a shocker to many, as the actress had a critically acclaimed fan base both inside and outside the industry.

Meanwhile, there were various reports in social media, claiming that VJ Chitra was pressurised both ruling party ADMK establlshment powerful VIPs  in consonance with her husband, which apparently drove her to end the life.

Share via As guessed by many in Social media the former IPS officer who talked wrongly  about quota system from which and using the quota system  he become IPS has praised heap of praise to Narendra Modi leadership style and joined BJP, on Wednesday August 25. Many in the state wonder why a single man Read More…

Share via A sub inspector with Navi Mumbai police’s Crime Branch was Saturday booked for allegedly raping a woman constable, an official said.   The complainant, who approached CBD police station Saturday, has alleged that sub inspector Amit Shelar had raped her in March last year after spiking her cold drink, the official said.   Read More…

Share via The IMD has issued a red-colour coded warning for the southern areas of Tamil Nadu Kerala in view of the brewing storm and said that these areas are expected to receive heavy to very heavy rainfall.   Less than a week after Cyclone Nivar battered Tamil Nadu and Pondicherry , another storm is Read More…

How to install Signal messenger in Desktop & Laptop : Step by Step Process