Skip to content
Share via
De Schutter was one of five independent experts participating in UN General Assembly virtual dialogues with delegates, which covered topics ranging from extreme poverty and internal displacement, to the human rights to education, safe drinking water and adequate housing.
Schutter told the UN General Assembly Third Committee (Social, Humanitarian and Cultural) Wednesday as delegates raised concerns about the plight of the world’s most vulnerable in a series of interactive dialogues.
“We must rethink our development model,” De Schutter said, adding that most of those who will fall into extreme poverty will be workers in the informal sector or in precarious employment conditions most of them women.
In order to emerge from the worst crisis since the 1929 Great Depression, “we cannot count, as we did in the 20th century, on economic growth as usual,” he said.
On extreme poverty and human rights Olivier De Schutter said that between 150 million and 175 million more people will fall into extreme poverty, due to the epic fallout from COVID-19.
Environmental sustainability and social justice must be considered prerequisites for shaping the economic recovery that countries envision, he said.
Experts described the interplay between conflict and climate change, and recommended ways to ensure that students can access water and sanitation in school during the pandemic. 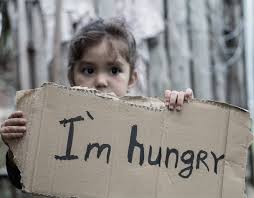 Cecilia Jimenez-Damary, Special Rapporteur on the human rights of internally displaced persons, said the intersecting risks of climate change and armed conflict can push people into displacement. She focused on the slow-onset effects of climate change sea-level rise, desertification, glacial retreat and flood which can have disastrous consequences.
Most affected will be people whose livelihoods depend heavily on ecosystems: indigenous peoples, farmers, herders, pastoralists and fisherfolk.
Displaced persons also risk being exposed to COVID-19, due to their limited access to health care, water, sanitation and adequate housing, Jimenez-Damary said, according to information on the UN website.

Share via Outbreak of a new coronavirus that began in the Chinese city of Wuhan has so far killed 81 people in China.   Infections have been confirmed in many other countries. But of the nearly 3,000 people who have so far contracted the virus, the vast majority live in China.   Inside China Most Read More…

Share via Hours after yoga guru Ramdev came out with a “medicine” for Covid-19, the Centre has asked his Patanjali Ayurved Ltd to stop advertising or publicising its claims till the issue is “duly examined”. Taking cognizance of media reports, the Ayush Ministry said that “facts of the claim and details of the stated scientific Read More…

Share via One of the many heartbreaking images and videos that capture the scale of the crisis comes from a recent video of a child trying to wake up his dead mother at the Muzaffarpur railway station. She was travelling in a Shramik train. In another video a 3 year kid pouring water over dead Read More…