Centre  has categorically said that state government’s decision diluted the guidelines issued by the Union ministry of home affairs (MHA).

The AIADMK government of the state, lifted the restrictions on movie theatres last week. State’s revenue and disaster management department passed an order on January 4 to increase the seating capacity in cinemas, theatres and multiplexes to 100%.

While passing the order, the department had also reiterated the fact that all standard operating procedures and COVID-19 precautionary measures be taken during showtime.

It should be noted The Union home ministry has so far allowed 50% occupancy in movie theatres outside containment zones as part of the phased unlock process. 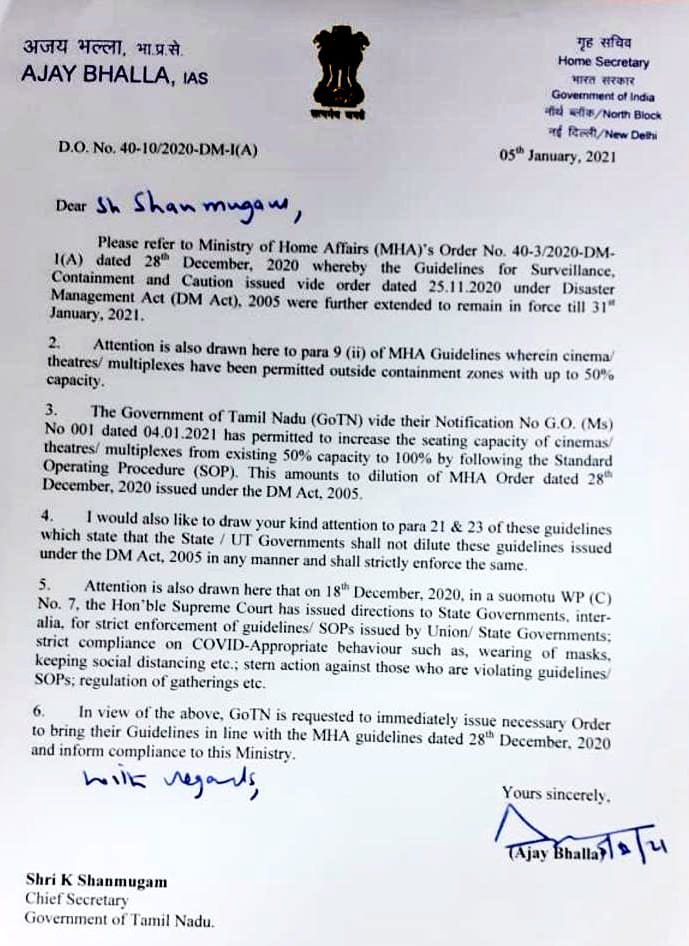 Giving that reminder to the state, a letter from the Union Home Secretary Ajay Bhalla said the Home Ministry has extended those guidelines till January 31.

A social media message put went viral  where  in that  doctor named Aravinth Srinivas, who is reportedly a junior resident at Jawaharlal Institute of Postgraduate Medical Education and Research, Puducherry, has said in the letter that he and other frontline workers, including police officials and sanitary workers, are tired. 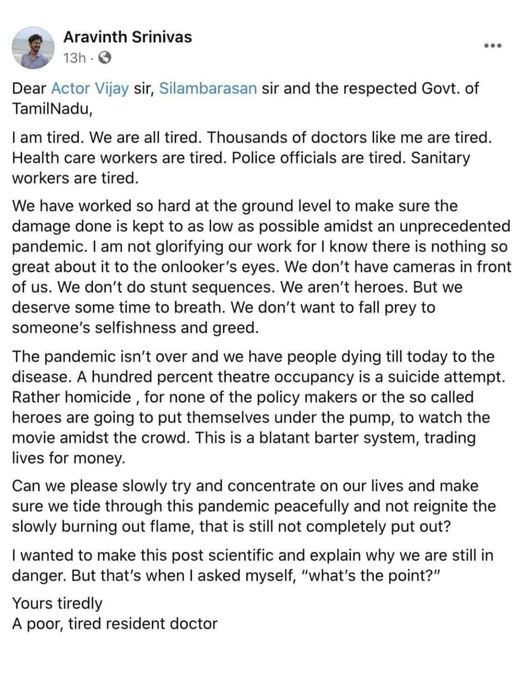 He said that they deserve some time to breathe and don’t want to ‘fall prey to someone’s selfishness and greed’.

Share via The MPs from both the TN parties rushed to the well of their Houses to protest against the Centre for granting permission to Karnataka to submit a Detailed Project Report (DPR) for its Mekedatu project aimed at storing the Cauvery water for power generation. While Karnataka maintains that the project would save the Read More…

Share via Across global Drugmakers are racing to develop a cure for the contagion that has so far killed 365,000 people as on date   More than 100 vaccines for the virus are being developed globally, but only a handful have made it to the crucial and final human clinical trial stage, with Chinese scientists Read More…