Skip to content
Share via
The Congress on Sunday upped the ante on Union Minister Gajendra Singh Shekhawat’s alleged role in the attempts to topple the Ashok Gehlot government in Rajasthan and demanded his resignation or removal from the Union Cabinet.
Senior Congress leader Ajay Maken put forth pointed questions to the BJP and asked why Shekhawat was still a Union Minister and “resisting” to come forward to give his voice sample after his name cropped up in the audio clippings related to horse-trading of MLAs in the desert state.
“Isn’t it the moral duty of the Prime Minister to divest Shekhawat of his portfolio so that he doesn’t interfere in the fair investigation in this case?
Also, why is he shying from giving a voice sample despite registration of a case against him under the Prevention of Corruption Act?” Maken said.
The former Delhi PCC chief also asked why the Haryana government and Delhi Police were “stopping” Rajasthan Special Operations Group (SOG) team from collecting voice samples of Congress MLAs Bhanwarlal Sharma and Vishvendra Singh who belong to the Sachin Pilot camp.
“If they are innocent, they too should have no issues in giving their voice samples,” he said.
“Why is the BJP coming into the picture and threatening a CBI probe and also orchestrating ED and IT raids in the state? This proves their nexus.”
Maken also asked why the BJP was demanding a CBI probe into alleged phone-tapping after his party released the audio clips.
“Is it because there are many other prominent leaders involved in horse-trading and a fair investigation will reveal their identities?”
It is akin to a criminal admonishing a law-enforcer, the Congress leader remarked while referring to a Hindi idiom.
Maken also brought up the issue of black money used in horse-trading. “Who is supplying the black money? How is it being transferred? Whom is it being delivered to? These questions need to be answered.” 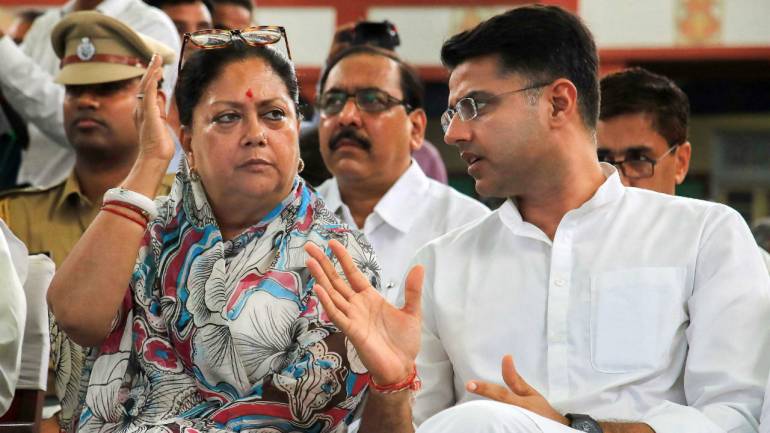 Finally, the former Union Minister asked, if the BJP had no role in the attempts to topple the Gehlot government, why were Haryana Police and Delhi Police providing security to rebel Congress MLAs and the Income Tax and Enforcement Directorate come into the picture to obstruct fair investigations by the Rajasthan Police.
Maken asserted that the state ACB had launched a fair investigation against MLA Bhanwarlal Sharma, Shekhawat and BJP leader Sanjay Jain after registering an FIR against them in the audio clips case.
The Congress leader emphasised that the BJP had played a major role in the attempted toppling which, he claimed, was very much evident from the fact that Manesar and Gurgaon hotels played host to rebel Congress MLAs and the Haryana government ensured them complete security.
“In fact, all limits were crossed when the BJP government allowed the MLAs to move out of a hotel in Haryana from the back door after the Rajasthan Police went there as part of their probe,” he added.
Now, reports are coming that Delhi Police under union Home Minister Amit Shah is protecting these Congress MLAs lodged in different hotels and are being shunted to different places to thwart SOG investigations, Maken alleged.

Share via Taken aback by the resignation of its two MLAs, the Congress on Monday swung into action to protect its legislators who are said to be on the BJP’s radar.   Top Congress leaders, including CLP leader Siddaramaiah, Deputy Chief Minister G Parameshwara and Water Resources Minister D K Shivakumar, contacted the “vulnerable” legislators Read More…

Share via The more than 50 Arab nations Organisation of Islamic Cooperation also tweeted on Sunday, expressing its concern and calling upon the Indian Government to protect minorities in India is sending shock waves to expats in Gulf..   The Ministry of External Affairs, however, has been blandly denying persecution of minorities, dismissing all such Read More…

Share via Congress President Rahul Gandhi on Monday hit back at Prime Minister Narendra Modi accusing him of lying as he launched several projects in Amethi, the Lok Sabha stronghold of the Gandhi family.   Earlier “Now, Amethi will not be known for a famous family but for AK 203, ‘Made in Amethi’. These rifles Read More…