Skip to content
[splco_heading size=”15″ align=”left” margin=”30″]West Bengal Chief Minister Mamata Banerjee said on Monday that the Centre should not play politics at a time when the coronavirus pandemic has gripped the country. The Centre had also come down heavily on the Mamata Banerjee government for not allowing movement of goods traffic through border crossings between India and Bangladesh that could jeopardise India’s international commitments to the neighbouring country. [/splco_heading]
In a scathing letter to West Bengal chief secretary Rajiva Sinha, Union home secretary Ajay Bhalla said that by doing so, West Bengal was not just violating the ministry of home affairs’ orders under Disaster Management Act including the guidelines but also Articles 253, 256 and 257 of the Constitution of India. Article 253 of the Constitution deals with the legislation for giving effect to international agreements while articles 256 and 257 give powers to the Centre for issuing directions to the state that are obligatory for latter.
He reminded the state government of lockdown measures issued on May 1 according to which no state/union territory shall stop movement of cargo for cross-border land trade under treaties with neighbouring countries.
After this, the West Bengal government suggested that trade between India and Bangladesh can continue through Gede in south Bengal’s Nadia district during the coronavirus lockdown. 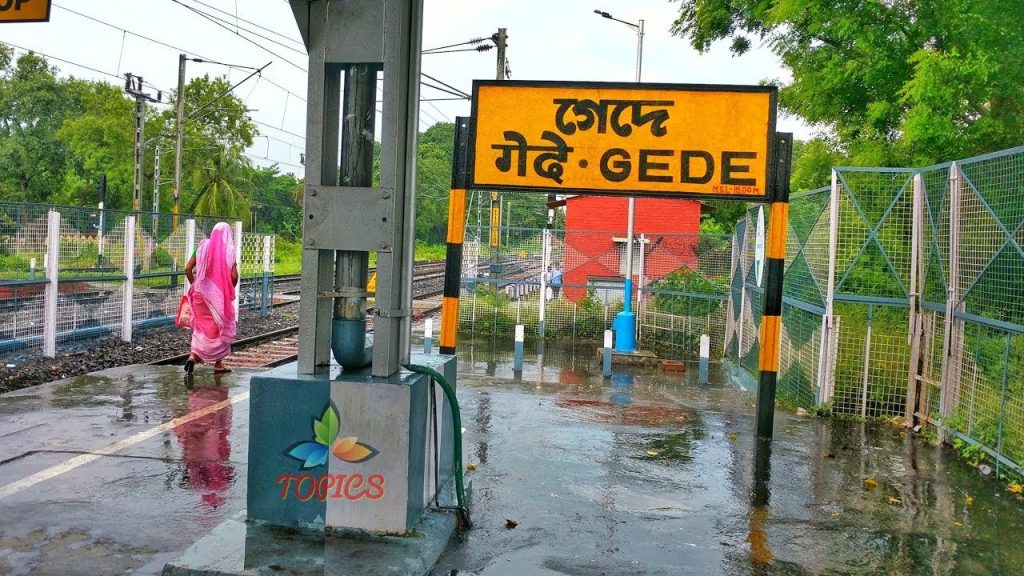 [splco_spacer size=”30″]
Gede is the last railway station and border checkpoint on the Indian side of the Bangladesh-India border in Krishnaganj CD Block in Nadia district in the Indian state of West Bengal.
[splco_quote]“We as a state doing our best to combat the virus. The Centre should not play politics in this crucial time. We are surrounded by international borders and other bigger states and have challenges to deal with,” Banerjee said at the video-conference with Prime Minister Narendra Modi. [/splco_quote]
“All the states should be given equal importance and we should work together as Team India,” she said, adding that the federal structure should be respected.
Also between war of words with TMC Government The Centre had repeatedly rapped the West Bengal government over its Covid-19 management which, it said, was characterised by a very low rate of testing in proportion to the population, and the highest mortality rate in the country – of 13.2 per cent.
The state government, however, said the requested state demand of test equipments and the allocation of fund not reached in time and less number of active cases was detected in the initial days due to lack of infrastructure, that is because of indifferent attitude of Modi governance towards wetbengal that resulted in an apparently high rate of deaths in the state.
Also read : Mamata Rebuke Made Amit Shah To Despatch Inspection Teams To Gujarat, Telangana And Tamil Nadu.
Splco Reporter
Special Correspondent Group of right thinking writers who eulogise self expression in quest of truth in news making jointly contribute under the platform of splco.me a novel social media channel.

Rafale review pleas and contempt petition against RG together on May 10 : Supreme Court

The Supreme Court Monday said it would hear together on May 10 the pleas seeking review of its verdict on the Rafale fighter jet case and the contempt petition against Congress President Rahul Gandhi for allegedly attributing some remarks to it.   A special bench headed by Chief Justice Ranjan Gogoi said that the petitions Read More…

With  in 50 minutes after quitting Congress, actor-turned-politician Khushbu Sundar joined BJP has raised political mercury inside Tamilnadu state politics   The grand old party’s former spokesperson from Tamil Nadu had on Saturday tweeted about an “inevitable change” that was going to occur in the coming days, a possible reference to her joining the BJP. Read More…

Sharad Yadav created a controversy after he said that Rajasthan Chief Minister Vasundhara Raje should take rest as she has gained weight. Later while clarifying his remarks, Yadav said that it was a mere ‘joke’ and his intentions were not to hurt the Bharatiya Janata Party leader.   “Give rest to Vasundhara. She looks too Read More…