Skip to content
Share via
An Indian government operated Air India Express plane with 190 people on board has crashed at an airport in the southern state of Kerala, killing at least 17 people, Airport officials confirmed .
The Boeing 737 Flight IX 1134 was carrying 184 passengers, including 10 infants, and six crew.
The aircraft crashed at 19:40 local time (14:10 GMT) on Friday, as it attempted to land for a second time at Calicut International Airport. The first attempt was aborted by the pilots because of the heavy monsoon-season rainfall lashing Kerala.
The Boeing 737, en route from Dubai, skidded off the runway in rain and broke in two after landing at Calicut airport, aviation officials said.
[splco_spacer] 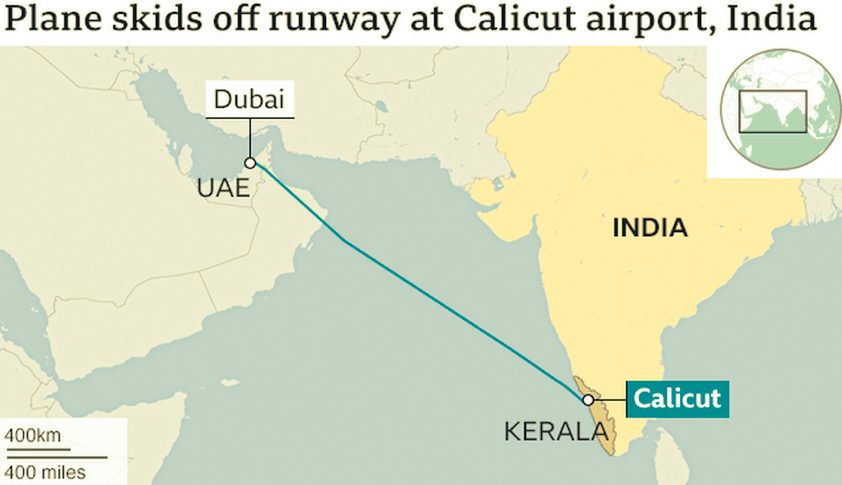 [splco_spacer]
The flight was repatriating Indians stranded by the coronavirus crisis.
India’s Civil Aviation Minister, Hardeep Singh Puri, tweeted that the aircraft “overshot the runway in rainy conditions”, then plunged down a 35ft (10.6m) slope, before breaking in two.
Cheif Minister of Kerala State Pinari Vijayana and Prime Minister Narendra Modi said they was “pained by the plane accident”.
Congress leader Rahul Gandhi, who is an MP for a district in Kerala, said he was “shocked at the devastating news of the plane mishap in Kozhikode”.
The rescue operation at the crash site has now been completed and survivors have been taken to hospitals in Calicut and Malappuram, according to Kerala Chief Minister Pinarayi Vijayan.
Dozens of people were injured, 15 of them seriously, a senior police officer said. Kerala State government offered emergency numbers for assistance
[splco_spacer] 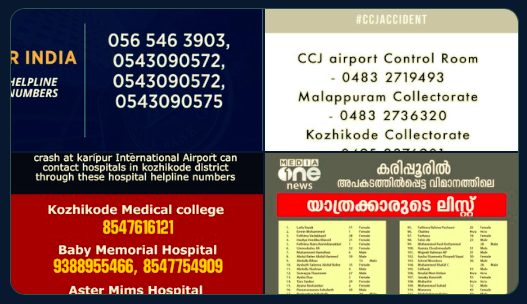 [splco_spacer]
Air India Express said the two pilots were among the dead.
He said a formal inquiry would be carried out by India’s Aircraft Accident Investigation Bureau (AAIB).
The director general of India’s National Disaster Response Force, S N Pradhan, said Calicut airport had a “table-top runway” and that the aircraft fell into “a ditch” after skidding across it.
He said the impact with the bottom of the ditch caused the fuselage to break in two, and that the front half was “very badly mangled and damaged”.
Mr Puri told broadcaster DD News that first responders were able to rescue the passengers because the plane did not catch fire. Several people had to be cut free.
At the time of the plane’s descent, Kerala was being battered by heavy rains, which are usual in India at this time of year, due to the seasonal monsoon.
Earlier on Friday, dozens of people were feared dead in Kerala’s Idukki district after monsoon-season floods triggered a landslide.

Share via In a major setback to ruling establishment the Central Information Commission has directed the External Affairs Ministry to disclose the names of those private individuals who have travelled with Prime Minister Narendra Modi on foreign tours. Last October, Karabi Das approached the ministry seeking information on expenses incurred on the foreign visits of Read More…

Share via During the intervening night of February 22 and 23, police arrested pro-independence JKLF chief Yasin Malik, chief of Jama’at-e-Islami (JeI), a politico-religious organisation, and dozens of other middle rung separatist leaders.   Ahead of the Supreme Court hearing on Article 35A, authorities in Kashmir have launched a massive crackdown against separatists while the Read More…