Skip to content
Share via
Sugar testing kits which are easily available online for less than Rs 1,400 per units across various e commerce sites . The Accu-chek machine, priced at Rs 1,599 per unit, is presently available for a discounted price at Amazon for Rs 1,340 and at Flipkart for Rs 1,304.
But the same Sugar testing kits are purchased through the digital site GeM for more than Rs 4,100, at a price almost three times higher than the market rate.

With such gross discrepancies in pricing of goods, the procurement of sugar testing kits has snowballed into a major scam in BJP ruled state Himachal Pradesh, where three senior officials have been placed under suspension.
The three officials, part of a purchase committee of the Himachal Pradesh Ayurveda Department, had placed a bulk online order for sugar testing kits on GeM in March 2019.
The officials had selected the Accu-chek Glucometer manufactured by multinational company Roche to test blood sugar levels in patients.
However, the Himachal Pradesh government purchased the same machine from the government’s GeM portal at an exorbitant price of Rs 4,100. The entire order placed by the HP government (till March 2019) was for 700 machines.
Talking to IANS, Director of the HP Ayurveda Department Sanjeev Bhatnagar said that three top officials, including a Deputy Director, have been placed under suspension for purchasing the machines at a very high price.
“Even if they purchased the machines from a government agency (GeM), they should have surveyed the market. The machine is available for less than Rs 1,400 in the open market. Therefore, I have given a report to the government in this connection,” he said. 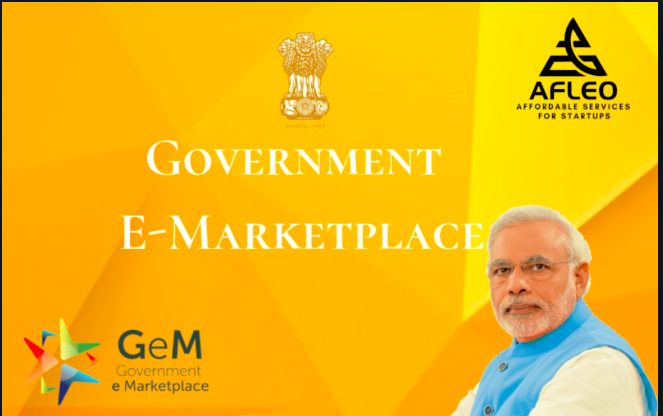 It is important to note the much-hyped GeM portal was set up by Prime Minister Narendra Modi during his first tenure to facilitate online procurement of goods and services by government departments, organisation and public sector undertakings. The aim of GeM was to enhance transparency and fair price in procurements done by the government departments.
Fearing tip of iceberg emerging in a mode of damage control exercises Bhatnagar, an IAS officer of HP cadre, said that he cannot comment on the role of GeM.
However, sources in the know of things said that a letter from the state government has been sent to the Controller of Stores, Department of Industries (Government of India), to take up the matter with GeM authorities.
The sources said that besides sugar testing kits, serious pricing discrepancies have been found in bulk purchase of thermometers by the Himachal government.
The specific quality thermometer which should have been priced at Rs 2,600 was quoted by the government e-commerce portal at Rs 3,000.
Sources said that in its letter sent to the Controller of Stores, the HP government has clarified that “the supplier (of Accu-chek Glucometer) has quoted the rates more than the MRP on the GeM portal which is a gross violation of terms and condition of Gem which prescribe a mandatory discount of 10 per cent on the MRP of every product.”
In the letter, the HP government has also requested the Controller of Stores to debar the seller from GeM and refund the money against the price bid mentioned on the GeM portal.
Instead of saving public money, the Government e-Marketplace(GeM), the one stop portal to facilitate online procurement of common user goods and services required by government departments and PSUs, seems to be working other way round .
Instead of conducting probe , BJP ruled government sources just content with suspension of erring officials and keeping stock silent
Also Government officials tight lipped responses thus paving way for not just Sugar testing kits , thermometers but over priced purchase of other products also.
Had digital purchase sites  been audited properly this could have snowball into major scam, however courtesy government’s digital e-portal a pet project of PM modi CAG also snoring here thus tax paying hard earners money eaten away in the name of digital purchase

Share via In a novel way for bail condition The Patna High Court has granted bail on the condition that the bail applicant should pay Rs.15,000 towards the PM CARES Fund set up for COVID-19 relief, legal news BarandBench reported.   The petitioner had sought bail for a case registered citing offences under Sections 30(a) Read More…