Skip to content
The Indian economy, severely hit by the coronavirus pandemic, is projected to contract by a massive 10.3 per cent this year, the International Monetary Fund had said .
India if put its house properly then is likely to bounce back with an impressive 8.8 per cent growth rate in 2021, thus regaining the position of the fastest growing emerging economy, surpassing China’s projected growth rate of 8.2 per cent, the IMF said in its latest ‘World Economic Outlook’ report.
The former Congress chief Rahul Gandhi taken a dig at the government over IMF growth projections showing Bangladesh closing in on India in terms of per capita GDP this year and described it as a “solid achievement” of six years of BJP’s “hate-filled cultural nationalism”. 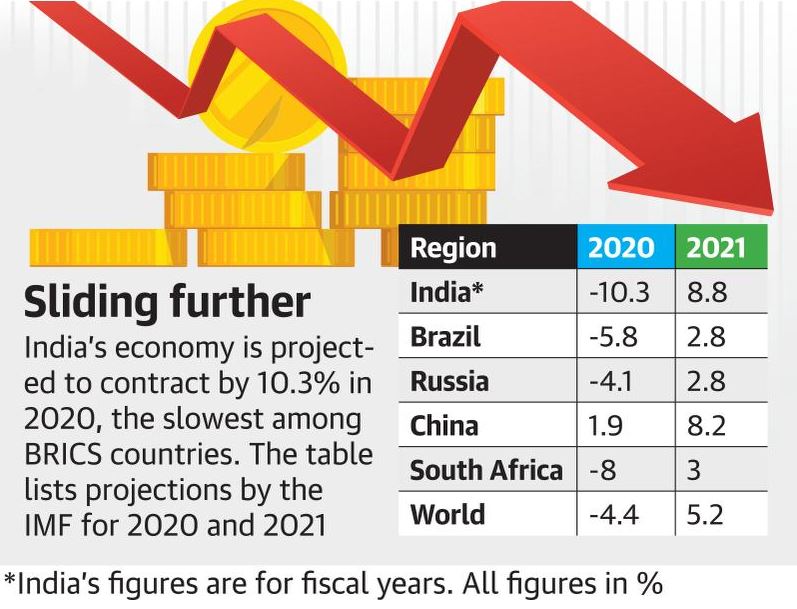 The Ministry of Finance on Monday said that businesses with an annual turnover of up to Rs 40 lakhs are exempt from GST and those with a turnover up to Rs 1.5 crore can opt for the Composition Scheme and pay only one per cent tax,   Earlier, the GST exemption limit was Rs 20 Read More…

Amidst Nepal PM Oli claim that Lord Ram was born in Nepal and so he is Nepali that created furuor in RSS Hindutva camp .,   The Ram Janmabhoomi Teertha Kshetra Trust, set up to supervise and facilitate the construction of the Lord Ram temple in Ayodhya, held its second meeting at Circuit House on Read More…

Coal No.1 Pollutant and India No. 3 polluter of Co2 in Global Rank

Global carbon emissions are set to hit an all-time high of 37.1 billion tonnes of CO2 in 2018, according to researchers at the University of East Anglia (UEA) and the Global Carbon Project.   India, the third-highest contributor, is projected to see emissions rise by 6.3% from 2017.   The 2.7% projected global rise in Read More…