The result has the potential to end Tim Paine’s reign as Australia captain having lost back-to-back home series against India.
In terms of relevance, a series win without Virat Kohli, Mohammed Shami, Ravindra Jadeja, Ravichandran Ashwin and Jasprit Bumrah not being available at various points, is zillion times more significant than the 2-1 win in 2018-19 when the opposition didn’t have Steve Smith and David Warner in its ranks.
A youthful minefield of talent called Rishabh Pant (89 not out off 138 balls) channelled his inner ‘Mad Max’ to scare the daylights out of the Australians with his breathtaking strokeplay, ending the home team’s 32-year-old unbeaten run at the ‘Fortress Gabba’.
The highlights package of Pant’s battle with Nathan Lyon can be enjoyed repeatedly in times to come as he demolished the 100-Test man in company of debutant Washington Sundar (22), who hooked the world’s best fast bowler, Pat Cummins, for a six.
No one moved from their seats as Pant cut, drove, and paddle-swept to make a statement to his detractors while gifting India one of their finest overseas wins during the dying moments of the final session with an off-driven boundary.
While Shubman Gill (91 off 146 balls) announced his arrival on the global stage, Cheteshwar Pujara (56 off 211 balls) surpassed all the pain barriers en route his slowest Test fifty that held the game in balance for Pant to launch a final assault. 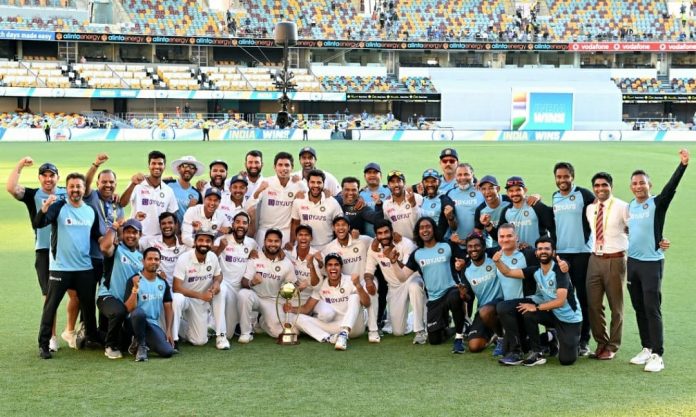 The Australian team wouldn’t feel too good about not being able to win a Test match with an opposition that was finding it difficult to field a fit first XI a day prior to the Test match.
The series will be remembered for ages and the impact that Ajinkya Rahane’s team had on the cricketing fraternity and the fans in general will be written in golden words when a fresh history of Test cricket after 2000 is written.
The two sixes off Mitchell Starc a slash over backward point and a thump over deep mid-wicket will be the ones for the keeps. The disdain while thrashing the Australian bowlers would have made even Sachin Tendulkar and Virat Kohli proud.
India have now got Kohli’s heir apparent and the 21-year-old is here to stay for the longest time.
Pujara, on the other hand, saw the Australian try out the menacing short ball tactic.
He took a few on the helmet, a few more on the chest and other parts and a painful one on the knuckles but remained unfazed. Gill and Pujara showed that there are multiple ways to skin a cat.
If Pujara was ready to duck, sway and cop body blows off Josh Hazlewood and Cummins, showing the art of survival, Gill, on his first tour of Australia, was ready to be the intimidator by bringing the pull shot out of his repertoire.
The duo, during its 114-run stand, showed that very contrasting styles can co-exist without conflict even as fans of both genres argue who has the more appropriate approach for the format. Even Pant with his cavalier ways would have added his two cents to the debate on various styles.
Had that partnership not been there, it wouldn’t have been as easy for India as it seemed in the end. 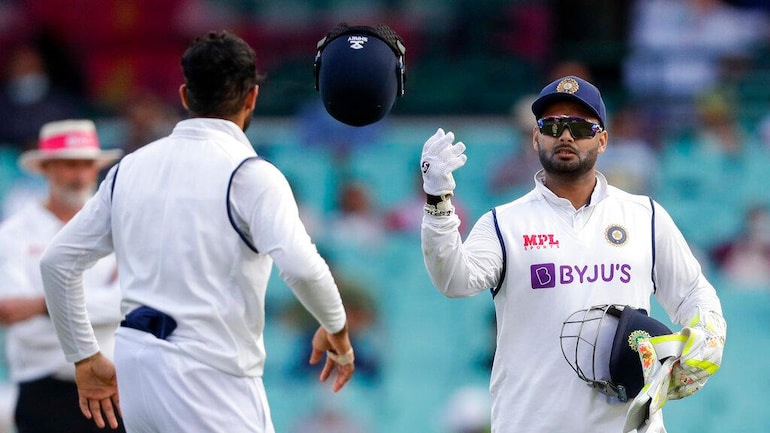 Thakur and Washington gave hope of a fight, Pujara, Gill and Pant, with their performances, honoured that fight.
Coach Ravi Shastri was once criticised for his “best travelling Indian team” comment but after January 19, very few would disagree that this is the “toughest Indian team on road”.
Ajinkya Rahane wining Team Indian captain  :
It means a lot to us. I don’t know how to describe this, but our boys showed a lot of character and determination after the Adelaide Test. I’m really proud of each individual.
The conversation between Pujara and me was that he would bat normal, and I would take it on. It was all about intent.
Credit to Pujara, the way he handled the pressure was magnificent.
Rishabh and Washington were very good at the end. Taking 20 wickets was the key, so we opted for 5 bowlers.
Sundar brought the balance in place of Jadeja. The intention was clear to play five bowlers. Siraj played two Tests, Saini just one, so it was inexperienced but the character shown by the bowlers and everyone else was incredible.
We didn’t discuss anything about Adelaide. Just played wanted to play the remaining games with good attitude and character without worrying about the result.
Tim Paine ,  Australia captain:
We were here to win the series, but we have just been outplayed by a disciplined and tough Indian side who fully deserve the series win.
We have to look back over a lot of things, and we’ll go through it as a group, and we have been outplayed by a better side this series.
There are many areas of improvement honestly. We wanted to set a bit over 300, and dangle a carrot for them to win the series.
I thought India turned up today, wore balls on the head arm and chest, put their body in the line, so credit to them, they deserve the win. Keeping is a part of my job, and I have to get them right. Our bowlers did really well as well, it’s just credit to the Indian side for this terrific series.
Score Card
Australia vs India, 4th Test
India won by 3 wkts
AUS – 369 & 294
IND – 336 & 329/7 (97)
India won the Series by 2-1
Player of the Match : Rishabh Pant , India
Player of the Series : Pat Cummins, Australia

Diesel price on Sunday was increased by 16 paise per litre, according to a price notification of state-owned oil marketing companies.   This took the retail selling price to Rs 80.94 per litre in the national capital the highest ever.   There was no change in petrol price for almost two weeks, and it continues Read More…

The Supreme Court on Friday decided to proceed with the criminal contempt of court case against stand-up comedian Kunal Kamra and cartoonist Rachita Taneja for their tweets criticising the top court.  It issued notice to both Kamra and Taneja but dispensed with their personal appearance.   The order was delivered by a three-judge Bench comprising Read More…