Skip to content
Share via
Post Historical entry of women inside Sabarimala violence been unleashed by backward hindutva forces under kerala State BJP and RSS trigged massive clash and So far, 1,869 cases have been registered and 5,769 persons arrested in connection with the violence.
At least 4,980 persons have been granted bail, a statement from the State Police chief Loknath Behara said.
While in Palakkad, 283 cases have been registered so far and 764 persons arrested,
in Kannur district, where crude bombs were hurled at the house of Thalassery MLA A M Shamseer and BJP leader and MP V Muraleedharan, 225 cases have been booked and 394 arrested so far. 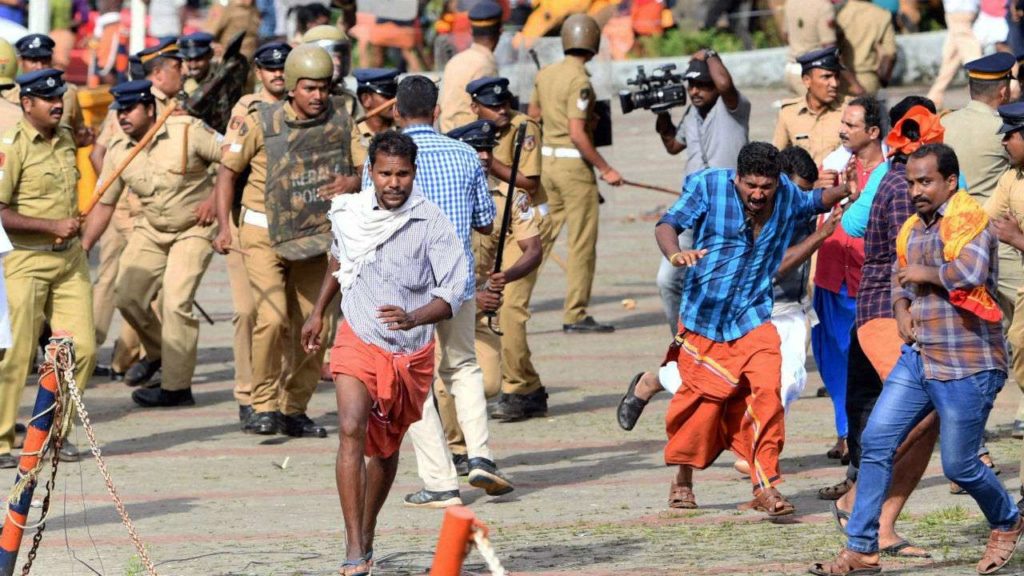 In Pathnamthitta district, where the Sabarimala temple is located, 267 cases have been registered and 677 people arrested so far.
Kerala was mostly peaceful Sunday after four days of widespread violence.
Asserting that the state government had a constitutional duty to implement the September 28 Supreme Court order allowing women of all ages into the shrine to offer prayers, Chief Minister Pinarayi Vijayan said they would not be cowed down by threats of “constitutional consequences” for Sabarimala violence. 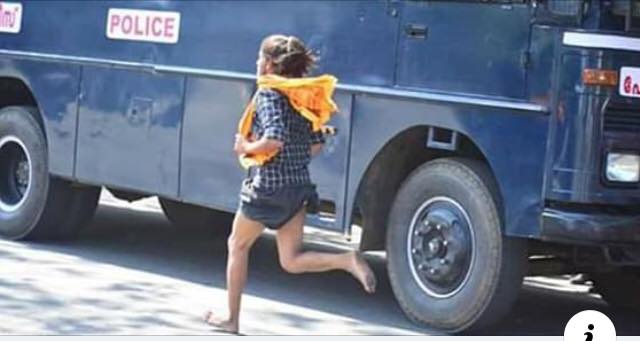 Vijayan asked the BJP national leadership to instruct its cadre in Kerala to stop creating violence in the state. “The state has a constitutional duty to implement the Supreme Court order. There is no violence other than the ones created by the RSS, BJP and the Sangh Parivar. And now they are threatening the state with constitutional consequences,” Vijayan said in a Facebook post.

The chief minister’s post came on a day Union minister Smriti Irani alleged that the CPI(M)-led LDF government was arresting BJP workers for raising their voice against the state.

Share via The National Investigation Agency (NIA) on Sunday raided the houses of three suspects in Kasargod, for suspected links of the residents with IS operatives involved in the Sri Lankan blasts.   The probe agency said in a statement issued in Delhi that it carried out the searches at two houses in Kasaragod and Read More…

Share via Thursday night, Maharashtra ATS and Maharashtra State Police arrested Vaibhav Raut  who was trying to build a conspiracy to plant bomb blast across India  . Along with Raut, the police had also arrested Sharad Kalaskar, Sudhanva Gondhalekar. During the interrogation, it was revealed that they were planning to conduct blasts in Pune, Satara, and Read More…

Share via Family members of arrested Jamia Millia Islamia student Safoora Zargar say they are “appalled and upset” by the attempts made to slander her on social media, but her husband says he is keeping faith in the country’s judicial system.   Zargar, a 27-year-old M.Phil. student from Jamia, is over three months pregnant, and Read More…

[…] Posted on January 23, 2019January 23, 2019 Author Splco Reporter Comment(0) Engaged 321 Justice Indu Malhotra, who was part of the five-judge Constitution bench that delivered the order allowing all women into the temple, is currently on medical leave   Citing her presence Supreme Court on Tuesday said that it will decide a fresh date for hearing review petitions challenging its judgment lifting age restrictions on the entry of women to the Sabarimala temple   “We will have to ascertain from the learned judge when she will be available. She is on medical leave. Only then can we fix… Read more »