Skip to content
On the day when Supreme Court dismissed four petitions demanding an investigation into the Rafale deal, investigative magazine The Caravan has carried out a exposure claiming that the price for the 36 Rafale jets was increased by none other than the prime minister Modi himself.
As per the article published in the website of the magazine, PM Modi not only announced the deal, but he also ratified the pricing also.

As per the article, Defence Acquisition Council, or DAC, headed by the then defence minister—Manohar Parrikar prescribed a revised mechanism for pricing.
The method used for price revision was also in a sharp departure from the mandatory procedure.
“The final pricing was ratified by the Cabinet Committee for Security, headed by Prime Minister Narendra Modi,” it added.
“The final pricing for the Rafale deal was directly approved and ratified by the prime minister on 24 August 2016, overruling the pricing arrived at by the official who had the requisite expertise and was first tasked to do the job by the Modi government itself,” reads the report.
According to the report, the Modi government has formed an Indian Negotiating Team (INT) comprising of defence experts and bureaucrats which held a total of 74 meetings, which included 48 internal INT meetings and 26 external INT meetings with the French counterpart. 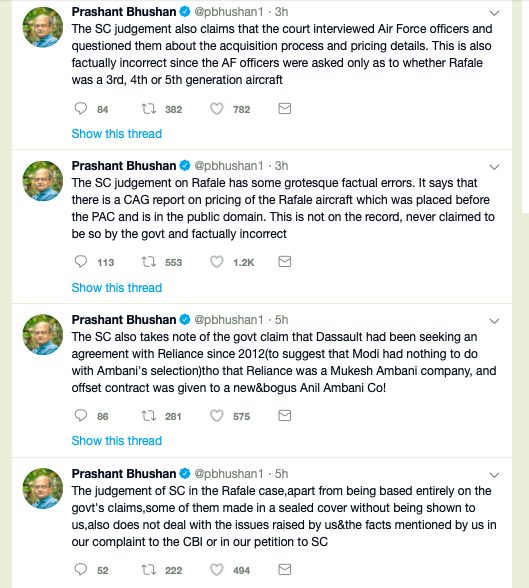 Endorsing the report published by The Caravan, famous lawyer Prashant Bhushan expressed his disappointment over the Supreme Court judgement and done with series of tweets 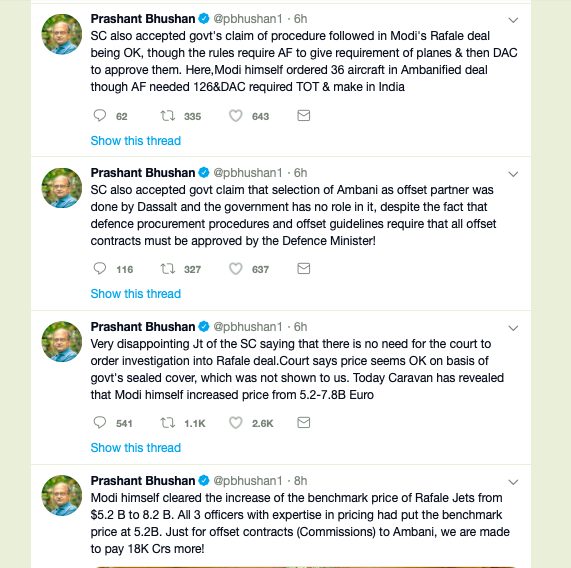 Bollywood actress Kangana Ranaut has once again landed in trouble over her controversial alleged tweets.   The Delhi Sikh Gurdwara Management Committee member has reportedly slapped a legal notice to the actress.   Earlier, Kangana had a verbal spat with Punjabi actor Diljit Dosanjh over the alleged controversial tweet, which was later deleted by herself Read More…

According to the policy unveiled by the Directorate General of Civil Aviation (DGCA), which will be the regulating agency for such vehicles, drones have been classified into four parts based on their weight. For the lightest category Nano, a payload of up to 250 grams and flight to a maximum height of 50 feet, have Read More…

The national capital saw a surge in price hike in the liquefied petroleum gas (LPG) domestic cylinder on Sunday (February 14).   The price of LPG cylinder was raised by Rs. 50 per unit. This is the third such incident of price hike since December 2020.   The LPG cylinder (14.2kg) will be priced for Read More…