Skip to content
With the country hurtling towards Lok Sabha elections, Congress president Rahul Gandhi in a frontal attack on Prime Minister Narendra Modi challenged him to a “debate on national security and Rafale”. He said PM Modi “will run away” from debate.
“Narendra Modi is a coward, he will run away from debate,” Gandhi said at the national convention of the AICC minority department in New Delhi on Thursday.
“Narendra Modi is a ‘darpok’ (coward) person. He will run away from debate on national security,” he said adding, “If someone stands up to him, Modi runs away.”
The Congress president also accused the government of eroding the authority of key institutions.
Gandhi was speaking at the Jawaharlal Nehru Stadium in the national capital where the minority department of the party held a convention.
“The institutions in India do not belong to any party, they belong to the country, and to protect them is our responsibility, be it Congress or any other party. They (BJP) think they are above the nation, in 3 months they will understand that nation is above them,” he said.
Gandhi said that he has “understood” the prime minister as he is “fighting Narendra Modi for five years”.

He challenged the prime minister to a 10-minute debate on Rafale deal saying that “Modi will run away” from it.

The Congress president reiterated his party’s promise to ensure assured minimum income to “every poor person in the country” if it win the upcoming Lok Sabha polls.

He said the party discussed this scheme over the last six months and decided that if “Narendra Modi can give Rs 3.5 lakh crore to his 15 industrialist friends, the Congress will guarantee minimum assured income to the poor of the country.”

“We will credit the money under minimum income programme directly to the bank accounts of the poor,” he said.
He alleged that during Doklam crisis, when the troops of India and China were engaged in a face-off on the western border of Bhutan, PM Modi “flew to Beijing” to hold talks with Chinese leadership “without any agenda” and “folded hands” in front of them. 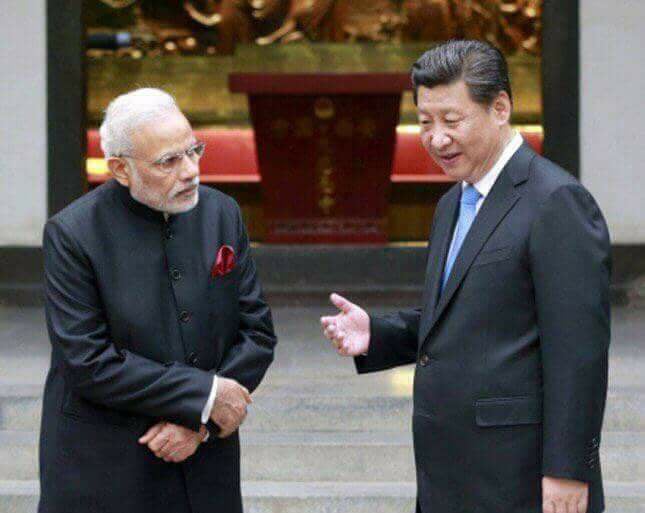 “Chinese government realised Mr 56 inch is not even 4 inches. This is Mr Modi’s character, he bowed down to China in Doklam issue,” the Congress president said.
“In 2014, Narendra Modi’s image was such that they said he will rule for 15 years…In five years, the Congress has exposed him on every front, be it the issue of farmers, corruption or national security…The Congress will defeat Narendra Modi, the BJP and the RSS in 2019,” he said.
“When you see Mr Modi’s face today, you can see fear. He has realised that by dividing the nation he cannot govern the country, and people will remove him, if he does,” Gandhi said.
The Congress president alleged that the BJP-led government at the centre is being “remote-controlled” by the RSS, which he said, “wants to run the country from Nagpur”. Gandhi said, “Narendra Modi is the front face, Mohan Bhagwat (RSS chief) is the remote control.”
Splco Reporter
Special Correspondent Group of right thinking writers who eulogise self expression in quest of truth in news making jointly contribute under the platform of splco.me a novel social media channel.

Emergency declared in India during 1975 by then Congress Government led by India’s first women Prime Minister Emergency is something which should not have happened, the Supreme Court on Monday said as it agreed to hear a plea of a 94-year-old woman seeking to declare as wholly unconstitutional the proclamation made in 1975 during the Read More…

President Ram Nath Kovind signed the proclamation paving the way for imposition of central rule in the state which plunged into a political crisis in June after the BJP withdrew support to the PDP government led by Mehbooba Mufti.   The union cabinet headed by Prime Minister Narendra Modi took the decision on Monday Read More…

45. Associate with the noble.