Congress on Monday held a nationwide protest against the Central Government in view of hike in fuel prices across the country.

Attacking the led Central government over the rising prices of petrol and diesel prices, Congress President Sonia Gandhi accused the BJP regime of “extorting money from people” and sought an immediate rollback of the increase in prices of petroleum products. While various Congress state units held demonstrations in their respective states
#SpeakUpAgainstFuelHike a social media campaign was also launched by the party become top trend disclosing the common man anger over BJP government continuous 21 hikes 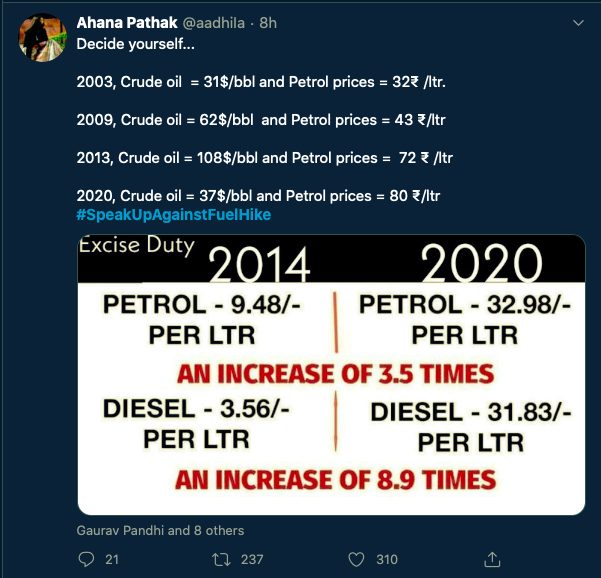 “The government is profiteering at the expense of the people, it is an example of extorting money from people,” she said.
She alleged that the Narendra Modi government has increased excise duty on diesel and petrol prices 12 times since 2014.
“Since 2014, instead of giving the benefit of a decrease in the price of petrol and diesel in the international market, the Modi government has increased excise duty 12 times and collected Rs 18 lakh crore,” she said. 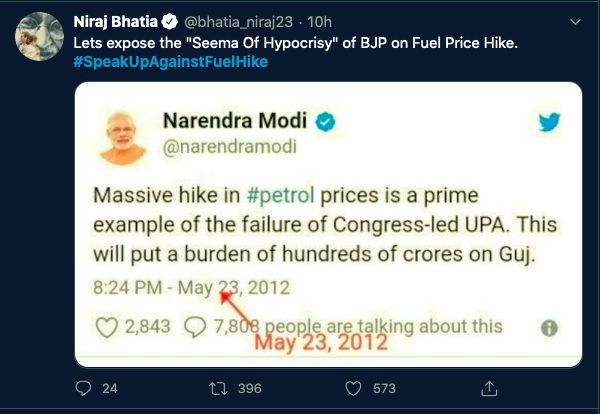 “The price of diesel and petrol has crossed Rs 80 per litre in big cities like Mumbai and Delhi. In the last three months, the Modi government has increased the price 22 times.
They have also raised excise duty. They are doing this at a time when the prices of petrol and diesel are continuously dropping in the international market,” she added.
Sonia Gandhi urged the Centre to roll back the rise in excise duty on petrol and give the benefit to people.
“This will provide big relief in this period of economic crisis,” she said. 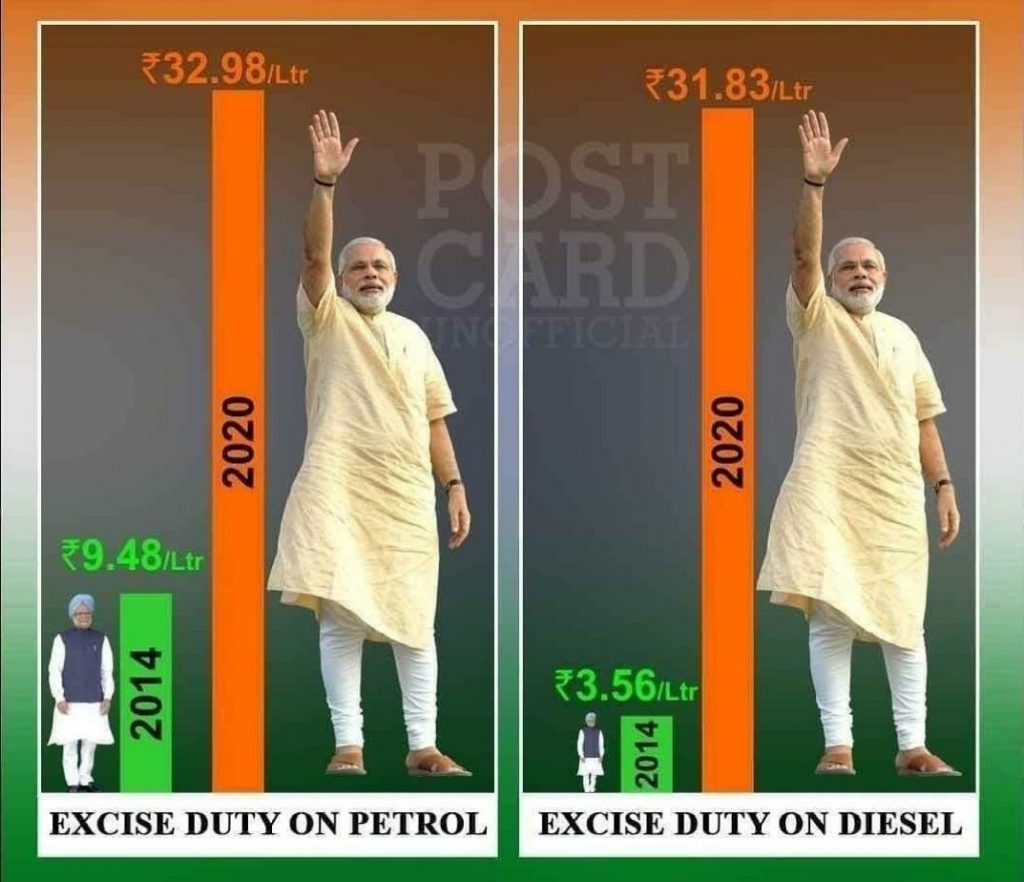 Share via While the Bharatiya Janata Party has the highest number of candidates with criminal cases contesting in phase five, the Trinamool Congress has the richest ones as seven constituencies are set to go to the polls in West Bengal on Monday.   The constituencies are Hooghly, Howrah, Uluberia, Sreerampur, Barrackpore, Bongaon and Howrah.   Read More…

Share via Not only even after 21 Opposition parties in India scaled down from their earlier demand of 50% to 25% .,  EC adamant and aggressive stand not to count more than 2% of VVPATs in the coming Lok Sabha 2019  elections but also  Shifting of EVMs from Coimbatore had stirred controversy on Tuesday night Read More…

Share via The BJP-led coalition’s nominee Harivansh was elected Deputy Chairman of the house by 125 to 101 votes defeating the opposition’s nominee was BK Hariprasad of the Congress  “With Harivansh ji in the Rajya Sabha, ab sab Hari bharose, Hari Kripa(Everything is up to god, god’s mercy),” Prime Minister Narendra Modi quipped  “Today we mark Read More…