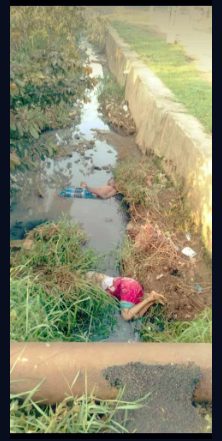 It also said that factories should ensure 24-hour sanitisation, especially in the common areas that include lunch rooms and common tables which will have to be wiped clean with disinfectants after every single use.
For accommodation, sanitisation needs to be performed regularly to ensure worker safety and reduce spread of contamination, the guideline further said.
The order has been sent to all the state chief secretaries after gas leak at LG Polymers plant in Andhra Pradesh’s Visakhapatnam in which 11 people were killed.
The gas leak happened before dawn, affecting villages near the factory. More than 1,000 people were admitted to the hospitals with breathing difficulties.
The Andhra Pradesh government headed by Jagamohan reddy announced 10milion Rs to the dead family and 100% medical care facilities for the other affected . The government will hold discussions with the company, but the families will be given Rs 1 crore,” he added.
[splco_spacer size=”30″]
He said that there are almost 15,000 people in the area where the mishap took place. He announced Rs 10,000 each for all of them.
The Chief Minister further announced that Rs 25,000 will be given to all those who undergo primary care. Rs 1 lakh will be given to those who are hospitalised for at least 2 to 3 days. Rs 10 lakh compensation will be given to all those who get treatment on the ventilator.
“I order the officials to provide full medicare to these people at free of cost, and then pay compensation to them,” he added. Styrene gas had leaked in the gas plant of LG Polymers in RR Venkatapuram village in Visakhapatnam district which claimed 10 lives.
[splco_spacer size=”30″]
However till date   both Modi led center Government and the plant has not pronounced any relief or financial assistance  to the affected people said a  State government agency official who wants to be anonymous
[splco_spacer size=”30″]

European Parliament’s debate on the CAA : Is it a black mark to Modi Govt

Share via Cathing up tempo what BJP led Modi government in India have had for non Hindu religion community Pakistan sailed in same boat and demolished an old Hanuman temple in Lyari, Karachi.   Also in Pakistan they demolished were the homes of about 20 Hindu families that lived near the temple.   This religions Read More…