IAS officer Shankar had previously served as the Deputy Commissioner of Bengaluru Urban district. The CBI had accused BM Vijay Shankar of giving a clean chit to key accused Mansoor Khan for a bribe of Rs 1.5 crore. He had also served jail time in the scam.

Two weeks ago, the CBI had sought sanction from the Karnataka government to prosecute Vijay Shankar and two others in connection with the IMA Ponzi scheme, in which lakhs of people were duped after promising high returns.
Apart from BM Vijay Shankar, the CBI was also probing then assistant commissioner of Bengaluru North Taluk LC Nagaraj and village accountant Manjunath N.
When the Karnataka government received complaints about the shady activities of the I-Monetary Advisory (IMA) jewels, it directed the district authorities to probe it.
LC Nagaraj prepared a report stating that there was nothing wrong with the IMA investment firm and gave a clean chit to Mohammed Mansoor Khan, who operated the Ponzi scheme.
[splco_spacer] 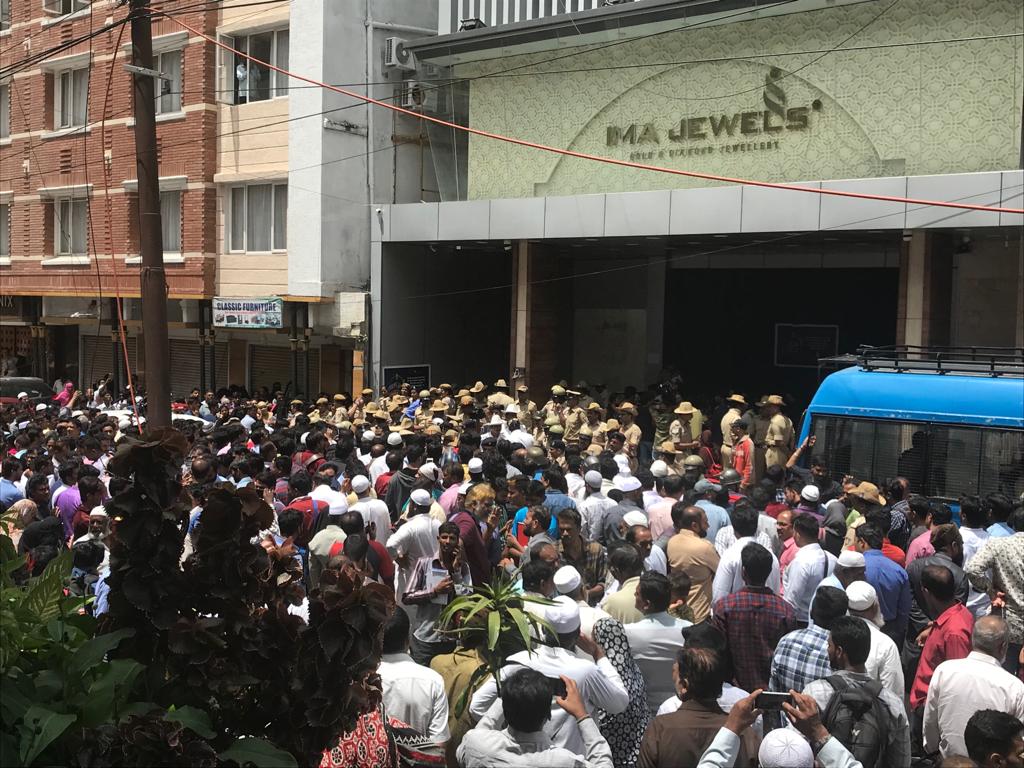 [splco_spacer]
Shankar, too, accepted the report and without verifying forwarded it to the state government.
Manjunath, the village accountant, allegedly acted as a middleman in this deal and accepted around Rs 1.5 crore as bribe from a builder
[splco_spacer]
[splco_spoiler title=”WHAT IS THE IMA JEWELS SCAM ” icon=”arrow-circle-2″]According to the CBI sources, the size of the scam is of Rs 4,000 crore where more than a lakh people have been duped. The case surfaced in mid-2019 when Mansoor Khan suddenly fled to Dubai, from where he was later deported. Along with him the directors and others who benefited from the scheme were arrested. In all, around 25 people were arrested in connection with the scam. The agency has charged Khan, the then managing director of I-Monetary Advisory (IMA) jewels, and 19 other accused seven company directors, five members, an auditor, a private person and five private group companies — for alleged criminal conspiracy, cheating among other charges under the Indian Penal Code. [/splco_spoiler]
[splco_spacer]

Share via Nagashree 18-year-old women student of IIT Guwahati allegedly committed suicide on Wednesday as she was unhappy about pursuing engineering, police said. Nagashree hailed from Hosanagara near Shimoga in Karnataka. “Her roommate had gone to attend classes. When she returned she found the room locked. She made phone calls to Nagashree which went unanswered. Read More…

Share via It’s been over four  days since Bharatiya Janata Party (BJP) MLAs from Karnataka were shifted to a luxurious seven-star resort on the outskirts of Gururgam in the national capital region. The BJP MLAs say they are bored.   Speaking over the phone from inside the heavily guarded ITC Grand Bharat, Manesar, one of Read More…

Share via Around 100 cars were gutted in a massive fire at the parking lot of Bengaluru’s Yelahanka Air Force Station, which is hosting the Aero India 2019. A cigarette butt thrown on dry grass of the parking lot is suspected to have led to the fire on Saturday afternoon.   The blaze has been Read More…