Skip to content
Share via
The overnight rains led to inundation in many areas like Velachery, Madipakkam, Saidapet, KK Nagar, Adambakkam, Anna Nagar, Kodungaiyur, Vysarpadi, Perambur, Purasaiwalkam, Kellys and suburbs surrounding Tambaram.
Several parts of Chennai received moderate to heavy rains on Tuesday under the influence of an easterly trough.
During the past 24 hours ending 8.30 am on Tuesday, the weather stations in Nungambakkam and Meenambakkam received 6 cm and 5 cm.
While the automatic rain gauges in Maduranthakam and Hindustan University in Chengalpet district recorded 6 cm of rains each till 8.30 am, those at Taramani, Kelambakkam, Kolapakkam and Anna University in and around Chennai and Tindivanam in Villupuram district recorded 5 cm. This was followed by Tambaram with 4 cm of rain. 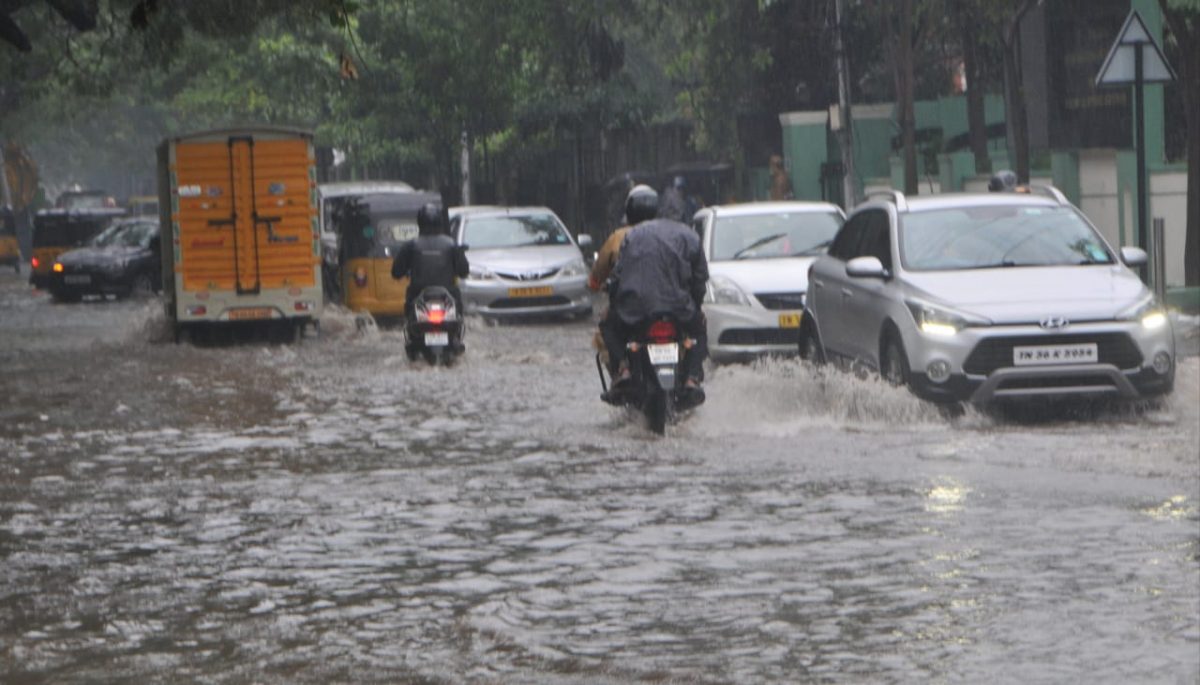 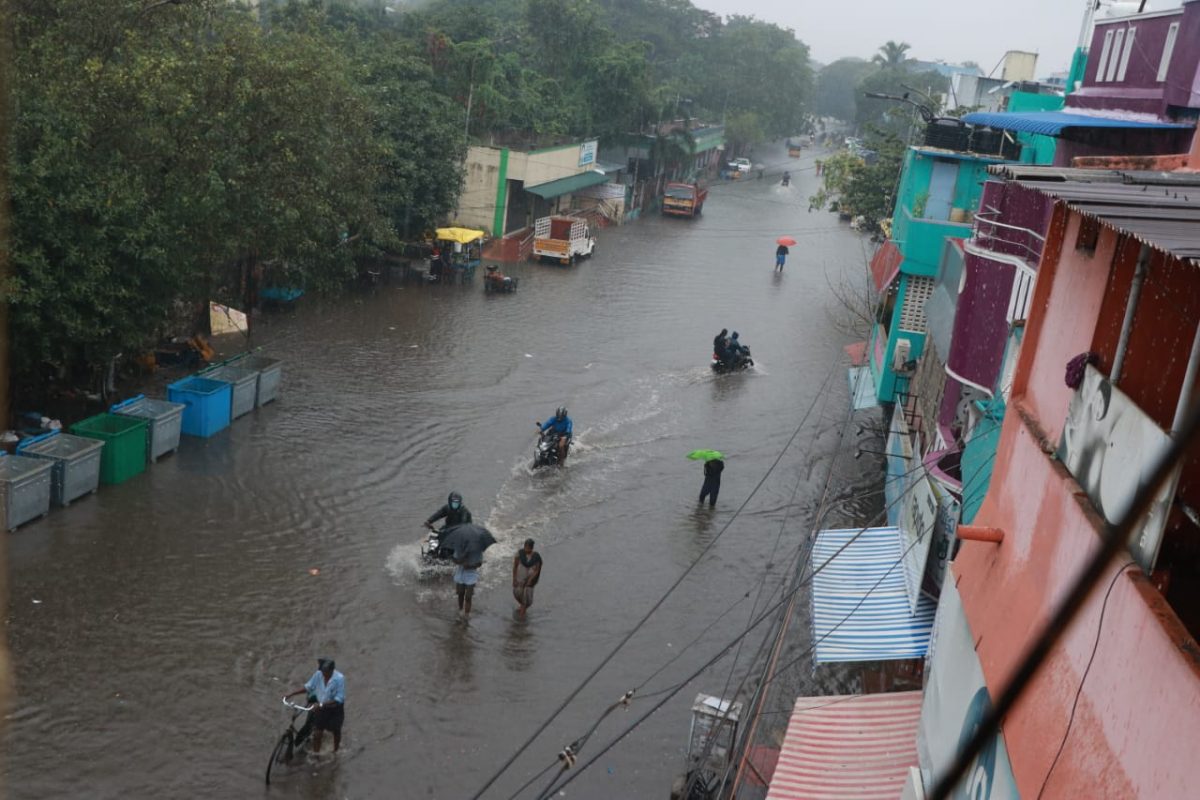 Owing to heavy rain The shutters of Red Hills and Chembarambakkam reservoirs were opened on Tuesday to release 500 cusecs of surplus water following heavy rainfall in catchment areas.
The water resources department officials opened the sluice gates of the Red Hills reservoir at 1 pm to release 500 cusecs of water into the surplus course with the water level in the reservoir touching 20.20 feet as against its full level of 21 ft.
“The Red Hills reservoir which spreads over 20.89 square km has a total storage capacity of 3,300 million cubic feet. As of Tuesday 8 am, the water storage at the lake stood at 3,206 Mcft with an inflow of 728 cusecs. The reservoir received 3.3 cm of rain in the last 24 hours,” the official said. The flood warning has been issued at areas such as Vadakarai, Puzhal, Vadaperumbakkam, Manjampakkam, Manali and Sadayankuppam, he added. 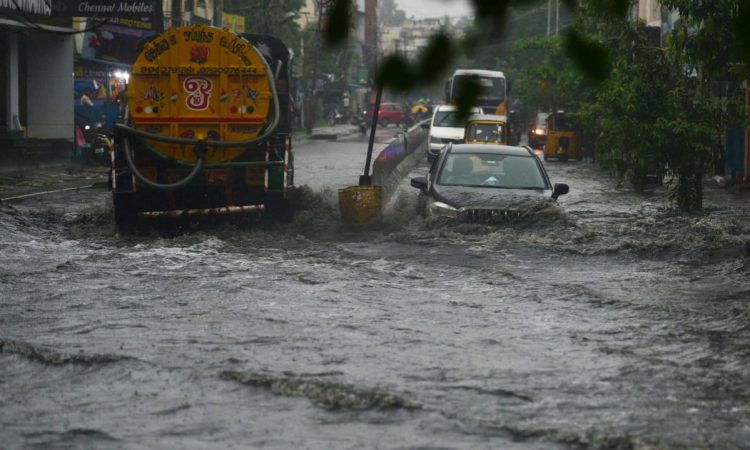 In Saidapet Bazaar Road “Several shops along the Bazaar road were forced to close after the rainwater entered into the shops. People are finding it difficult to wade through the knee-deep water with several two-wheelers and cars breaking down in the flooded road,” Shop keepers complained .
Almost all Subways were found to be waterlogged ..
Soundararajan, a call taxi driver, said, “We moved slowly with extra caution as all roads were flooded. It was tough to travel in my car to reach Chepauk.” Many bikers were stranded on roads as their vehicles broke down. In some sections, police personnel assisted motorists. 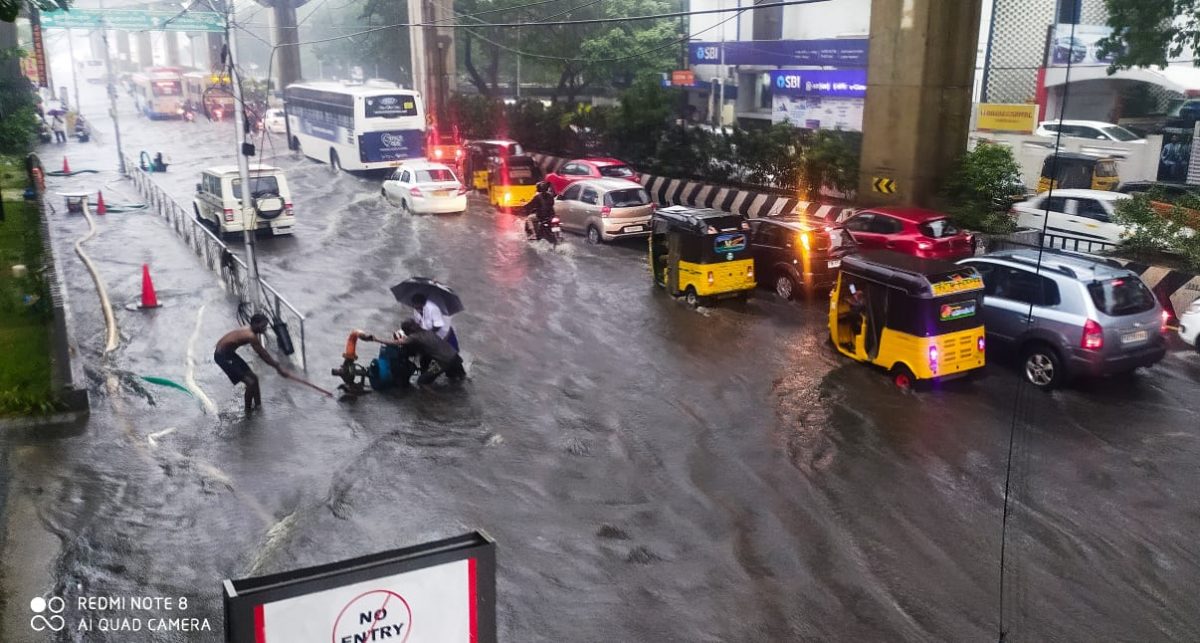 Share via Northern and central Kerala have been battered by heavy rains of the Southwest monsoon since August 8, which has left 29 people dead, including three today. Of them, 25 died in landslides and four in drowning. State officials said a total of 53,501 people are now housed in 439 relief camps across the Read More…

Share via Nivar cyclone is expected to make landfall between Mamallapuram and Karaikal late on Wednesday with a wind speed of up to 145kmph, according to IMD. IMD said, in a series of tweets on Wednesday morning   “very heavy rainfall – 120 mm – recorded in Chennai/ Minabakkam” from 8:30am on Tuesday to 5:30am Read More…