Skip to content
Share via
The fifth round, between India’s 14 Corps Commander Lt Gen Harinder Singh and South Xinjiang Military Region, commander Maj Gen Liu Lin started at around 11 am at Moldo on the Chinese side of the Line of Actual Control (LAC), and went on beyond 10 pm, nearly as long as the fourth round of talks.
That earlier round on July 14 lasted 15 hours, finishing at 2 am in the morning (4:30 am Beijing time). The long duration of these meetings is due to the language problems as conversations between the lead officers have to be translated.
Fifth round effectively would require China to withdraw its forces from the finger areas in Pangong Tso back to the position they held prior to May 5 when the standoff started.
India is demanding a complete disengagement by the Chinese from all points of friction in the entire Ladakh sector.
Its stance is that the process of de-escalation can only start when Chinese troops disengage from all these points completely.
Since that last meeting on July 14 there has been no progress on disengagement with the Chinese dragging their feet on moving back to their position as of May 5, 2020, when troops clashed at Pangong Tso and Galwan Valley.
The Chinese have not vacated the finger 5 area in the Pangong Tso and are still continuing to hold ridges in the finger 4 area.
Indian Prime Minister Modi no advancement of china forces drew ire among Indian social bloggers and Oppostion party leader Rahul Gandhi questions are not answered by ruling establishment
[splco_spacer] 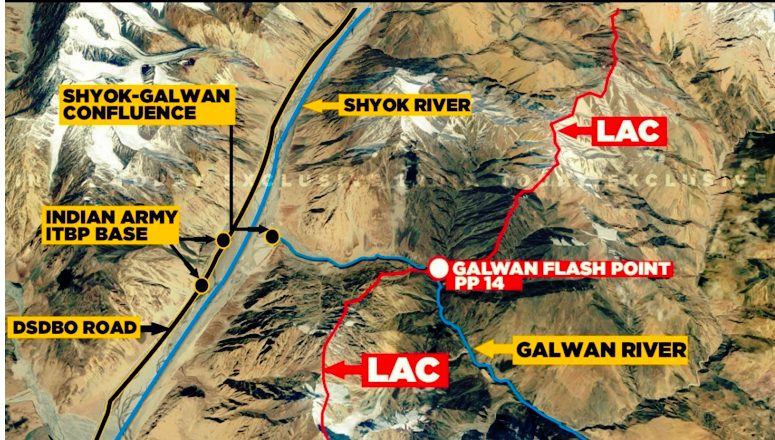 [splco_spacer]
After advance on a unilateral move during the initial phase of disengagement, Chinese troops vacated the banks of the Pangong Tso lake in the finger 4 area on July 9 and went back to finger 5. But the troops still have to vacate the area between finger 5 and finger 8, which India claims is its territory.
Satellite images have shown the huge build-up by the Chinese at Pangong Tso including construction of permanent bunkers, installation of artillery guns and stationing of boats. These indicate that the Chinese are preparing for a long haul in the area.
In May 2020, Chinese troops in an aggressive move occupied the area between Finger 4 to Finger 8 and prevented Indian troops from patrolling there.
In the Hot Springs area, Chinese troops have reportedly not moved back to that extent in the first phase as was agreed in the agreement of June 6 and has still some presence. Galwan Valley is the only point of friction where the Chinese have completely disengaged as per the agreement.
There is a 4 km distance between the two armies there.
The Indian Army is now preparing for a long stand-off with China and has started to outline stocks and materials needed for winter deployment of troops at high altitude.

It is in the process of placing orders for additional tents and shelters from indigenous as well as foreign vendors.
The Indian army is reported to have also moved its mountain divisions from two locations along with armored columns deployed around Madhya Pradesh, Uttar Pradesh, Rajasthan, Punjab, and Haryana.
China has brought a large number of troops, estimated at 40,000, to the front and depth areas at the LAC in the Ladakh sector where they have also amassed tanks, artillery, aircraft and radars, jammers.
India has done mirror deployment of its troops in Ladakh to counter the Chinese.
India has also deployed tanks, heavy artillery and air defence system in the Ladakh sector to counter any Chinese challenge.

Share via Ex-BSF jawan Tej Bahadur Yadav, who was sacked from service after he uploaded a video complaining of bad quality food being served to the forces, on Friday said he will contest the upcoming Lok Sabha elections from Varanasi constituency in Uttar Pradesh against Prime Minister Narendra Modi.   Yadav, a resident of Rewari Read More…

Share via The Capital, which sweltered on its hottest June day in history on Monday (48 degrees Celsius) recorded as maximum temperature of 45.4 degrees Celcius at Palam in spite of a spell of light rain in the morning.   Nearly two-thirds of India sizzled on Tuesday under a spell of a heatwave that is Read More…

Share via In view of the novel coronavirus pandemic, the Indian government has extended the ban on domestic and scheduled international commercial passenger flights till August 31.   However, in a statement, Director General of Civil Aviation (DGCA) said this restriction shall not apply to international all-cargo operations and flights specifically approved by the aviation Read More…