Skip to content
Following intelligence report of agitating mood of farmers and people support for their nation wide bandh call , Home Minister Amit Shah bound to meet representatives of farmers at 7 pm in Delhi
The meeting venue was moved to the sprawling Pusa agricultural institute campus a few km from Amit Shah’s official home, reportedly to restrict the media glare.
The Home Minister’s invite, indicating that the government is engaging with the farmers at the highest level, came as a nationwide shutdown or Bharat Bandh called by protesting farmers hit road and rail traffic in parts of the country, blocked many highways and shut down markets, affecting supplies.
“I received a phone call. Amit Shah has called a meeting. We have been called at 7 pm,” said farmer leader Rakesh Tikait.
Mr Tikait said various representatives of farmer groups protesting on the highways near Delhi would attend the meeting.

“There is no midway. We will demand just ‘yes’ or ‘no’ from the Home Minister at today’s meeting,” farmer leader Rudru Singh Mansa told reporters at the Singhu border between Delhi and Haryana, one of the main centres of the weeklong protest.

Union Agriculture Minister Narendra Tomar, who led the negotiations, said the government “has no ego” but made it clear that the government was ready to offer anything but repeal the laws.
“The government suggested an amendment in all three laws.
But the farmers’ organisations unanimously said all the three laws should be repealed.
At various meetings, the farmers have made a 39-point presentation on how they feel the laws fail them.
Thousands of farmers are camping on highways near Delhi, blocking most entry points into the national capital, to protest against the laws. 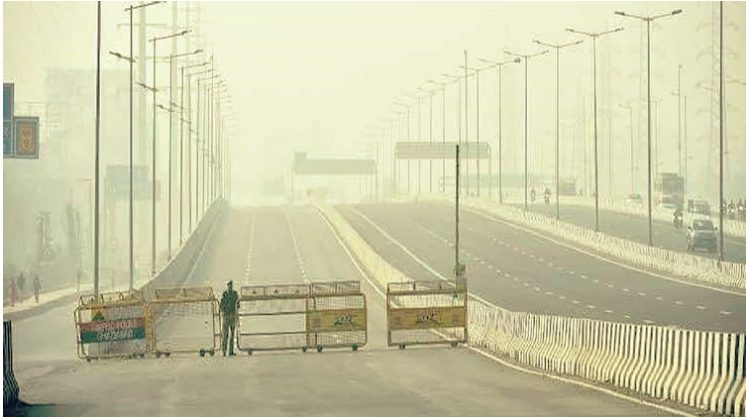 Farmers blocked national highways and other key roads at many places in Punjab and Haryana today as part of the their nationwide protest to press for repeal of the Centre’s new agri marketing laws.
Shops and commercial establishments remained closed at most places in Punjab and several places in Haryana as traders backed the agitating farmers.
Public and private transport services remained shut in Punjab. In neighbouring Haryana, inter-state and intra-state bus services were disrupted.
Agitating farmers blocked several key roads, including Chandigarh-Delhi, Amritsar-Delhi, Hisar-Delhi and Bhiwani-Delhi national highways. They parked tractors, trucks and other vehicles in the middle of the carriageways.
The Congress, Aam Aadmi Party (AAP), Telangana Rashtra Samithi (TRS), Nationalist Congress Party (NCP), Shiv Sena, Left parties, Dravida Munnetra Kazhagam (DMK), Samajwadi Party, Jharkhand Mukti Morcha (JMM) and Indian National Lok Dal (INLD) extended their support to the call and conducted agitation at different parts of india .
Several cab and taxi unions are also supporting the Bharat Bandh due to which travelling across the states has been disrupted.

Congress leader and former MP Deepender Hooda had tweeted Bharatiya Janata Party (BJP) candidate from Assandh in Haryana Bakshish Virk’s video.   In the video, Bakshish Virk was heard saying he and his supporters had tampered EVMs in a way that every vote would go to the BJP, irrespective of the button the voters pressed. Read More…

[splco_heading size=”15″ align=”left” margin=”30″]The COVID-19 outbreaks at government-run hospitals are grave because this puts at risk the lives of patients and nurses, who are at the forefront for fighting the COVID-19 pandemic. [/splco_heading]   While Modi led Centre BJP government is busy for  tomorrow  showering flower petals parade arrangement  from air by Indian army personnels Read More…

According to Army sources Pakistan on Thursday initiated an unprovoked ceasefire violation along the Line of Control (LoC) in Keran and Machhhal Sectors of Kupwara district in Jammu and Kashmir.   In the past, the Indian army has said that Pakistan violates ceasefire to provide cover to the infiltrators but their alertness has resulted in Read More…