Skip to content
Share via
The Election Commission (EC) has lodged a complaint with the Delhi Police against Syed Shuja, who addressed journalists in London through Skype on Monday and claimed that the Electronic Voting Machines (EVMs) had been hacked to rig the 2014 Lok Sabha polls.
The EC on Tuesday lodged an FIR against Shuja, claiming that he had violated Section 505 (1) (b) of the Indian Penal Code (IPC) by saying that he had been in the EVM design team and could hack the machines used in the elections in India.
The Section 505 (1)(b) of the IPC provides for imprisonment for three years for anyone who might be convicted of making, publishing or circulating “any statement, rumour or report with intent to cause, or which is likely to cause, fear or alarm to the public, or to any section of the public whereby any person may be induced to commit an offence against the state or against the public tranquility”. 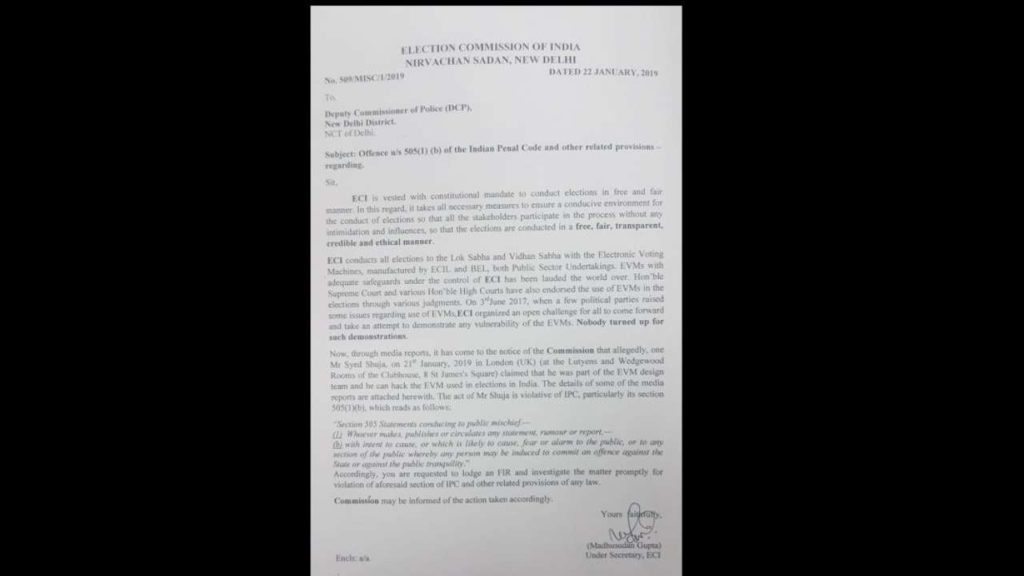 Earlier Speaking to media, the US-based hacker, Syed Shuja, said that the 2014 Lok Sabha elections were rigged. “Entire 2014 election was rigged, actual results was completely different than what shown to world. And since then all elections have been rigged. There is a transmitter in the EVM chip,” he said. He also added  he was part of a team at the public sector Electronic Corporation of India Ltd (ECIL), which designed and developed EVMs.

Shuja also claimed that Gopinath Munde was murdered because he was aware of EVM hacking. He claimed that Reliance Communications helped the BJP to get low frequency signals to hack EVMs. “Reliance Communications have the network to transmit the date, BJP is the beneficiary. There are nine places in India where there are facilities. The employees don’t know that they are tampering with EVMs. They think they are doing data entry,” he said. 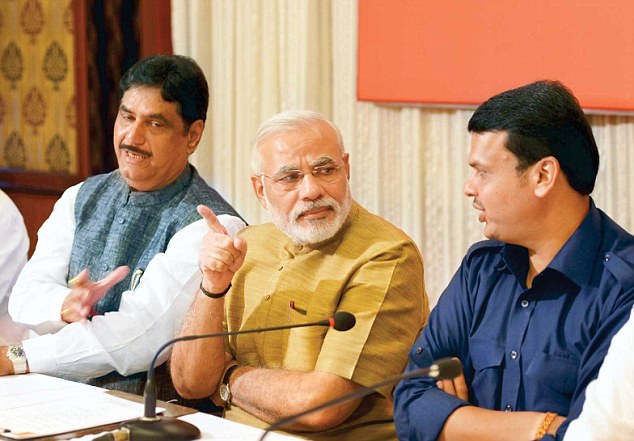 He said that aside from the BJP, the SP, BSP and the AAP too approached him to know if EVMs could be hacked. Shuja said once he was attacked by the BJP in Hyderabad when he went to meet a saffron party leader. Veteran Congress leader Kapil Sibal too joined the press conference .
The EC dismissed the claims made by Shuja as “motivated slugfest”.
“(The) ECI (Election Commission of India) firmly stands by the empirical facts about the foolproof nature of (the) ECI EVMs deployed in elections in India,” the poll panel said on Monday.
The commission on Tuesday wrote to deputy commissioner of police of New Delhi district asking him to register a case against Shuja and conduct an investigation promptly.

Share via The second major inter-agency coordination meeting on the Kartarpur corridor took place on Tuesday at the Ministry of Home Affairs, and India is set to send a draft of the plan to Pakistan, which would enable the opening of the Kartarpur Sahib corridor.   Once done, it would facilitate Sikh pilgrims an easy Read More…

Share via A day after Assembly results gave a jolt to ruling BJP, Parliament started on a stormy note as parties forced an adjournment till noon over various issues in Lok Sabha and Rajya Sabha.   In the Lower House, Shiv Sena, TDP and AIADMK led vociferous protests over various issues.   Sena had submitted Read More…

Share via The Election Commission of India, which currently matches the votes cast in one polling booth in every assembly constituency with paper slips in the Voter Verifiable Paper Trail (VVPAT) units, is still not sure of increasing the number to a statistically valid level.   There have been demands from both political parties as Read More…