Skip to content
Madras High Court Chief Justice Vijaya Kamlesh Tahilramani, the senior most High Court judge in the country, has decided to put in her papers in the wake of a decision taken by the Supreme Court Collegium (comprising top five judges) to transfer her from the chartered High Court to a relatively small High Court of Meghalaya.
She made her decision public on September 6 night during a dinner hosted by six Madras High Court judges who were made permanent recently.
The dinner party was held at the Tamil Nadu State Judicial Academy building in Chennai and was attended by almost all judges of the High Court barring a few who had been deputed to the Madurai Bench.
Thanking the judges for their cooperation ever since she took over as the Chief Justice on August 12 last year, Justice Tahilramani told them that she had discharged her duty without any fear or favour right from the time she assumed office as a judge of the Bombay High Court in June 2001.
She had also served as an Acting Chief Justice of her parent High Court on three different occasions between 2015 and 2018 and carried an impeccable record of having been a judge for nearly two decades.
While holding office as the acting chief justice of the Bombay high court, Justice Tahilramani had in May 2017 upheld the conviction and life imprisonment of 11 people in the Bilkis Bano gangrape case, which was transferred to Maharashtra from Gujarat by the top court.
Sources privy to the September 6 dinner told The Hindu that almost all High Court judges, in unison, requested her to reconsider her decision to resign. “However, she was resolute and refused to budge. People could feel her pain. She said, her conscience was clear and that she would be leaving the institution with the satisfaction of having performed well,” a source said. 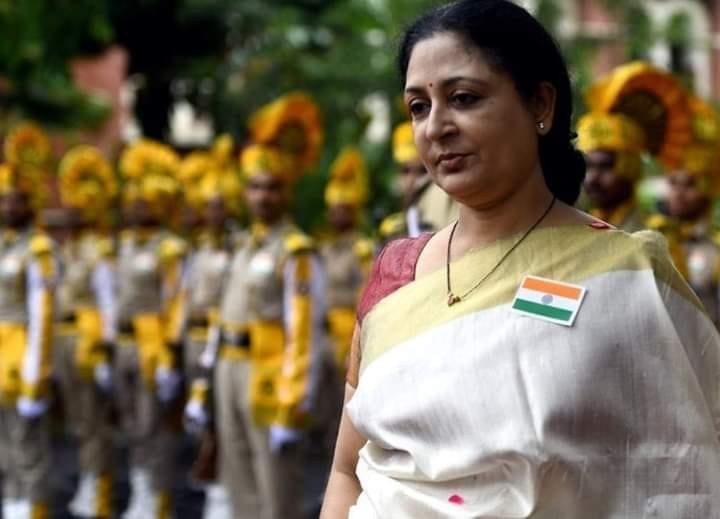 In the meantime, a section of lawyers practising in the Madras High Court shot off a representation to the Supreme Court stating that “these kind of arbitrary transfers whittle away the independence of the judiciary and the confidence of judges.” The representation had been signed by advocates N.G.R. Prasad, G. Masilamani, R. Viduthalai and 100 others.
“To now transfer her to one of the smallest High Courts is nothing short of a punishment and a humiliation. It cannot be justified on the principle of administrative interests, which is an expression that can be used in every case. It is ironical that a person of her seniority is being assigned to the smallest High Court. Any transfer should meet with an element of fairness but it is noticed, of late, that there appears to be no norms in the matter of transfer of judges,” the memorandum read.
Recalling the words of former Supreme Court judge V. Khalid that transfer could be a more dangerous weapon than dismissal, the lawyers said: “It is a matter of concern that there are no checks and balances in matters of administration of judiciary.

Requesting the collegium to reconsider Justice Tahilramani’s transfer, the memorandum further read that “The style of functioning of the collegium leaves one with the impression that the high court is subordinate to the collegium.
Any transfer should meet with an element of fairness but it is noticed, of late, that there appear to be no norms in the matter of transfer of judges,” the memorandum further read.
They requested the Collegium to reconsider the transfer and ensure that the confidence of the Bar and the Bench and the litigant public did not get eroded further. 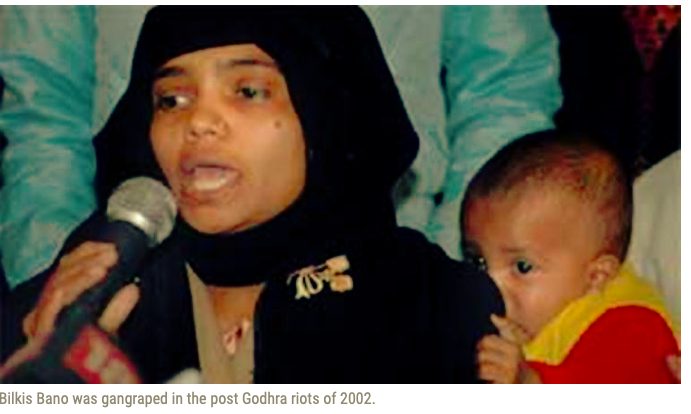 A brief summary of Bikis Bano case :
The rape of Bilkis Bano and the murder of her family members was one of the most horrifying incidents that had taken place during the 2002 post-Godhra riots in Gujarat.
For the past 15 years, Bilkis Bano had taken up the matter with the local police, an NGO, the CBI and the courts to get justice for herself.
On March 3, 19-year-old Bilkis Bano along with her family were on their way, escaping a mob on a truck. Bilkis was five months pregnant and accompanying her were 17 other people in the truck, including her 2-year-old daughter.
The truck was attacked by an armed mob, who gangraped her and killed 14 members of her family including her daughter, her mother Halima and cousin Shamim during Gujrat riots during the era when Narendra Modi was Chief Minister of Gujarat
The 19-year-old approached the local police station to register a case against the assailants. However, the police dismissed her case and threatened her with dire consequences if she proceeded with the matter.
She then approached the National Human Rights Commission of India and petitioned the Supreme Court. The Supreme Court directed the CBI to probe into the matter.
In the meantime, she along with her family were issued threats, which forced her to request the SC to move the case outside Gujarat.
The SC then shifted the case to Maharashtra.
In the Mumbai court, charges were filed against 19 men, including 6 police officers and a government doctor.
In January 2008, 11 of them were sentenced to life imprisonment for gangrape and murder. The CBI however had asked for death penalty for Jaswantbai Nai, Govindbhai Nai and Radhesham Shah, who were charged for having played a significant role in planning and execution of the entire incident.
The 11 convicts had however, filed an appeal to the High Court challenging their conviction.
The Bombay High Court Judge Tahilramani upheld the life imprisonment sentence of 11 accused in the Bilkis Bano gangrape case that had occurred in 2002.
Splco Reporter
Special Correspondent Group of right thinking writers who eulogise self expression in quest of truth in news making jointly contribute under the platform of splco.me a novel social media channel.

Judge Pushpa Ganediwala Days after ruling on ‘skin-to-skin contact’, the Nagpur bench of the Bombay High Court has said.,  that holding a minor girl’s hand and opening her pants zip cannot be termed as ‘sexual assault’ under the Protection of Children from Sexual Offences Act 2012. Such acts would amount to sexual harassment under Section Read More…

Justice Joseph’s elevation to the apex court ended a protracted stand-off between the government and the judiciary. The number of judges in the top court after the fresh appointments has gone up to 25. There would still be six vacancies. Three high court judges were today appointed to the Supreme Court, taking the total number Read More…