Skip to content
Share via
MS Dhoni played 350 ODIs and scored 10,773 runs, including 10 hundred and 73 fifties.
Dhoni maintained an average of 50.57 in his ODI career. Dhoni played 98 T20Is and scored 1617 runs along with 90 Tests.
Dhoni finishes as India’s most successful Indian captain in limited-overs cricket. Under Dhoni’s captaincy, India won the 2011 World Cup, the 2007 T20 World Cup and the Champions Trophy in 2013, making him the only captain to hold all three major ICC trophies.
However MS Dhoni will continue to play in the Indian Premier League. MS Dhoni took to social media to make the unforeseen announcement on India’s 74th Independence Day.
[splco_spacer] 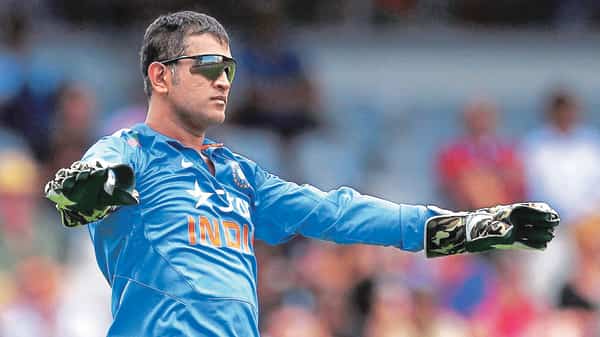 [splco_spacer]
The former India captain brings down the curtain to a 16-year-long international career wherein he won major International Cricket Council (ICC) trophies, including the 2011 World Cup.
“Thanks a lot for ur love and support throughout. From 1929 hrs consider me as Retired,” MS Dhoni’s official statement on Instagram read.
MS Dhoni had not played international cricket since India’s defeat to New Zealand in the 2019 Cricket World Cup semi-final.
MS Dhoni arrived in Chennai on Friday to take part in a training camp organised by Chennai Super Kings in the lead up to IPL 2020.
Dhoni is expected to lead CSK in IPL 2020 which will be played in the UAE from September 19 to November 10.
Dhoni led India to the 2015 World Cup semi-final. He decided to step down from limited-overs captaincy in 2017 after which Virat Kohli took over as captain.

MS Dhoni had retired from Test cricket in 2014 in the middle of a Test series against Australia. Much like his retirement from Tests, the decision that came on Saturday was also unforeseen.

Share via US President Donald Trump has blamed China, Russia and India for adding to the global air pollution and asserted that his country America has the best environmental numbers.   Speaking to his cheering supporters at an elections rally in the key battleground State of North Carolina on Thursday, Trump said .,   “We Read More…

EVMs are not possible to Manipulate assures CEC Sunil Arora

Share via Chief Election Commissioner Sunil Arora Friday lamented that Electronic Voting Machines (EVMs) were being treated like a “football” by parties suffering electoral losses, and said the voting equipment was foolproof as far as fears of manipulation were concerned.   Talking to reporters here upon the conclusion of his two-day tour of Bihar, the Read More…

Share via Confirmed Sources revealed Reserve Bank of India is phasing out the Rs 2000 currency note if cues available in its annual report 2019-20, released on Tuesday, is and indication eye opener   The annual report said the Rs 2000 denomination note, introduced during demonetisation in 2016, was not printed at all during 2019-2020. Read More…