Skip to content
Share via
In yet another case of alleged medical negligence in Tamil Nadu, a in 20s woman has claimed that she contracted the HIV virus following blood transfusion at a government hospital where she underwent treatment for low haemoglobin.
The government however has refuted the allegation. The affected woman, said to be in her 20s, told a Tamil TV channel Friday she underwent the transfusion in April while being pregnant.
She came to know she had HIV only when the hospital informed her after conducting tests in August when she went there for a check-up.
The women said though she had been regularly visiting a local public health centre when she was pregnant, she was only administered vaccines there.
“The blood transfusion happened at the Government Kilpauk Medical College and Hospital (GKMCH) only. That is where the mistake happened,” she said. 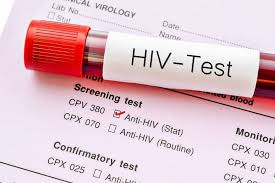 Refuting the allegation, hospital dean Dr P Vasanthamani said the woman was transfused with “100 per cent HIV free” blood.
The woman claimed she had taken up the matter with the state government but to no avail. She had not gone public earlier as her relatives had warned her it will affect her reputation, she said.
She was now coming out because even her relatives were not supporting her anymore, the woman added.
Responding to the woman’s allegation, Vasanthamani insisted there was no wrongdoing on the hospital’s part and said two units of blood were given on different days in April and both were screened to ensure they were HIV negative.
“As far as we are concerned, we gave only 100 per cent HIV free blood. There is no chance of her contracting the virus here,” she told reporters Friday.
The hospital had record and ‘evidence’ to show that only HIV negative blood was transfused, she asserted.
After testing positive for the virus, the woman underwent treatment at the hospital for some time, Vasanthamani said.
Her child, who was born recently through a cesarean section, tested negative for the virus, the dean added.
When reporters sought state Health Minister C Vijayabaskar’s reaction, he said he came to know about it only from the media and indicated he would respond later.
Earlier, a 24-year-old pregnant woman at Sattur in Virudhunagar district contracted HIV allegedly after being transfused contaminated blood supplied by a blood bank which failed to conduct proper screening for the virus, prompting the Tamil Nadu government to order an examination of stocks in the state’s blood banks.

Share via Tamil Nadu actor 42 years old age Gayatri Sai recently went live on Facebook to expose senior journalist Prakash M Swamy, who she claims has been sexually harassing and physically abusing her over the last two years.  Sai said she went up to police to file a case but they refused to file Read More…

Share via Police case has been registered against eight  Sabarimala Karma Samithi activists for allegedly attacking a woman en route to the Sabarimala temple. The alleged incident took place at Sabripeedom spot on the way to the to Sabarimala temple around 7:45 pm on Monday (March 18). According to the police, the activists tried to Read More…

Share via In Gujarat Surat Municipal Commissioner Banchhanidhi Pani on Friday ordered a probe into allegations that around 10 female trainee clerks of the civic body were made to stand naked for a medical test.   This shocking incident took place in the Surat Municipal Institute of Medical Education and Research (SMIMER) hospital, run by Read More…