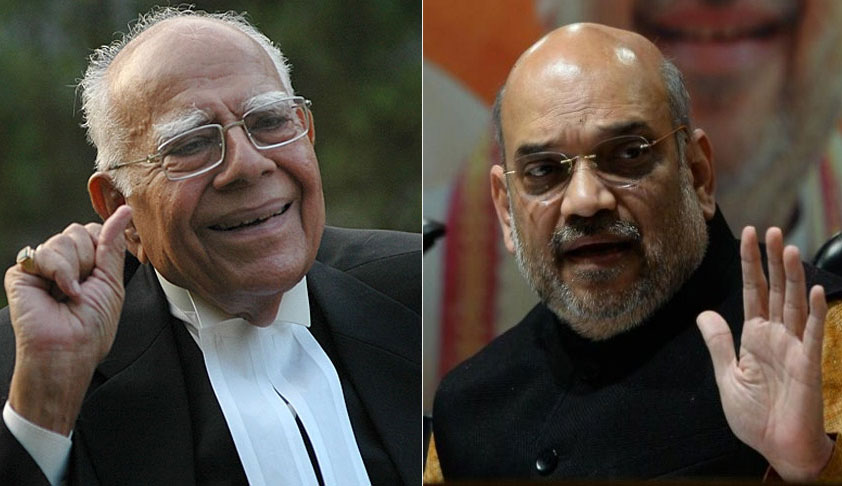 After BJP President Amit Shah and National General Secretary, Bhupender Yadav regretted the expulsion of senior advocate Ram Jethmalani from the party, the noted senior lawyer has decided to withdraw a civil suit filed against the party.
Jethmalani was expelled from the BJP for six years in May 2013 for “breach of discipline”, after he publicly rebelled against the then party president Nitin Gadkari.
Eventually, he filed a damage suit in the Delhi High Court against members of the party’s parliamentary board. He had sought declaration of his expulsion as null and void besides damages of ₹50 lakh from the party for allegedly defaming him by making a statement that he was not a fit person to be a member of the party.
In his petition, he held that the board’s decision to expel him was arbitrary, arguing that it did not have the authority to expel him, and that the language used in the letter that informed him of his expulsion tarnished his image.
“The palntiff (Ram Jethmalani) has accepted the regret shown by the president and general secretary of the defendant Number 1 party (BJP). 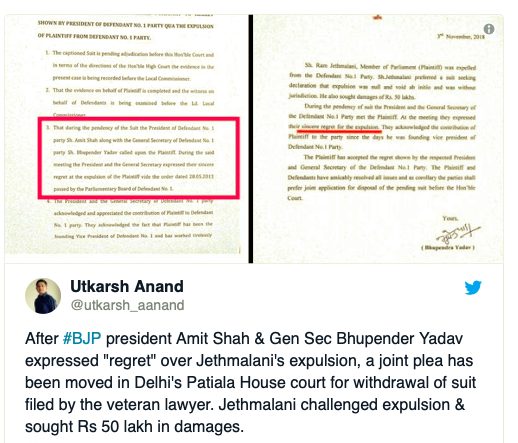 The plantiff and defendants have amicably resolved all the issues and as corollary, the parties shall prefer joint application for disposal of the pending suite before honourable court,” reads a statement issued by the BJP National General Secretary, Bhupender Yadav.
The statement dated November 3, 2018 further read, “during the pendency of the suit, the president and general secretary of the defendant Number 1 party (BJP) met the plaintiff (Ram Jethmalani).
At the meeting they expressed their sincere regret for expulsion. They acknowledged the contribution of the plaintiff to the party since the days he was founding vice president of the defendant Number 1 party (BJP).”
Interestingly, the letter also makes a mention about the damages of ₹50 lakh that the senior lawyer had sought from nine of the 11 members of the BJP’s board, excepting former Prime Minister Atal Bihari Vajpayee and the then BJP’s PM candidate Narendra Modi, whom he publicly backed for the top post in the run up to 2014 Lok Sabha elections. 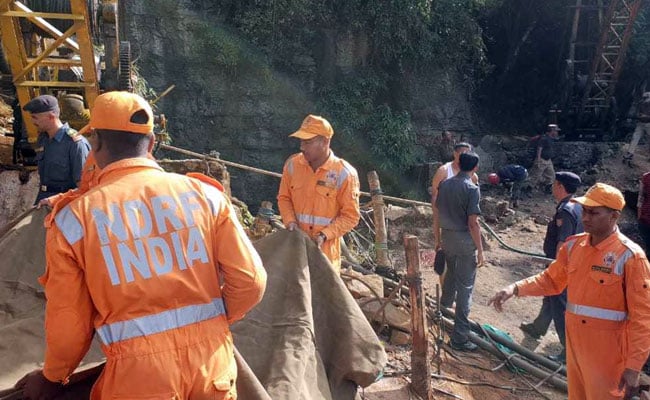 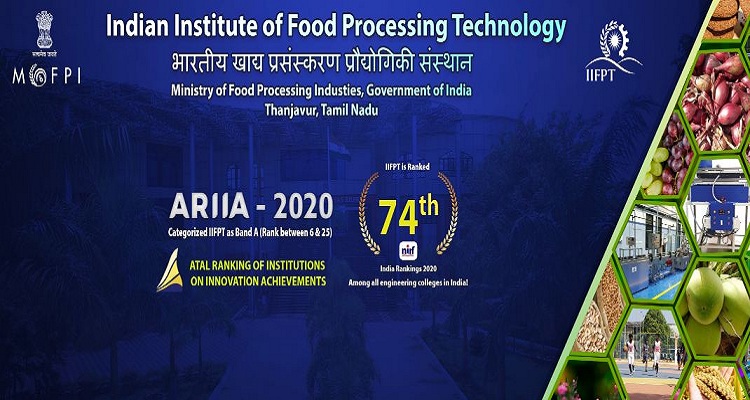