Skip to content
Share via
PMC Bank, a cooperative bank with 137 branches and at least 51,000 members spread over seven states including Delhi and Punjab, has deposits of about Rs 11,617 crore, making it among the country’s top five urban co-operative banks.
Its bad loans almost doubled to 3.76% of gross advances by March 2019, from 1.99% a year earlier. PMC Bank’s membership shrunk to 51,000 in March this year from 62,000 a year earlier.
The Reserve Bank of India has ordered Punjab and Maharashtra Co-operative (PMC) Bank not to do any business for six months and capped depositor withdrawals at Rs 1,000, throwing the lives of thousands of traders, self-employed and daily wage earners into disarray. 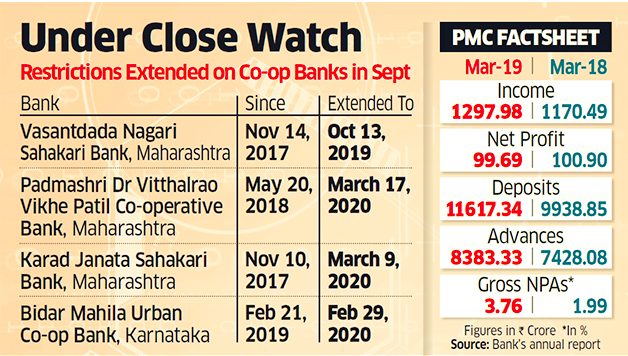 The regulator has also appointed an administrator for the bank. Defaults appear to have surged in the past six months amid tight economic conditions and some lumpy loans to real estate companies located in the financial capital that turned sour, making it difficult for the bank to meet its commitments, two people familiar with the bank said.
The sudden freeze ahead of the festival season is set to upset calculations of customers and deal a big blow to a state that is heavily reliant on the cooperative bank structure to service millions of customers in its villages.
The development comes at an awkward time for the state government in Maharashtra, the BJP, and other political parties such as the NCP and the Congress, which are known to have a strong support base among the customers of cooperative banks. The state goes to polls in October.
“Depositors will be allowed to withdraw a sum not exceeding Rs 1,000 of the total balance in every savings bank account or current account,” RBI said in a statement.
“Without prior approval in writing from the Reserve Bank, (PMC Bank) will also not be able to grant or renew any loans and advances, make any investment, incur any liability including borrowal of funds and acceptance of fresh deposits,” the statement said.
“I would like to tell the public that there is no need to get panicky because we have DICGC (Deposit Insurance and Credit Guarantee Corporation) cover through which deposits of up to Rs 1lakh are covered,” JB Bhoria, the RBI-appointed administrator told media
But deposit over and above one lakhs does not cover under any such guarantee
The collapse appears to have been sudden and is shrouded in mystery with the bank management voluntarily approaching the regulator to initiate the action instead of the regulator initiating the process which is the practice.
Normally, the RBI initiates the action after a regulatory supervision exposes wrongdoing and if it feels that the financials are weak for it to continue,” said a person familiar with operations.
Here, the bank came to the RBI and demanded that it freeze the business so that things could be brought back to order, if at all it could. 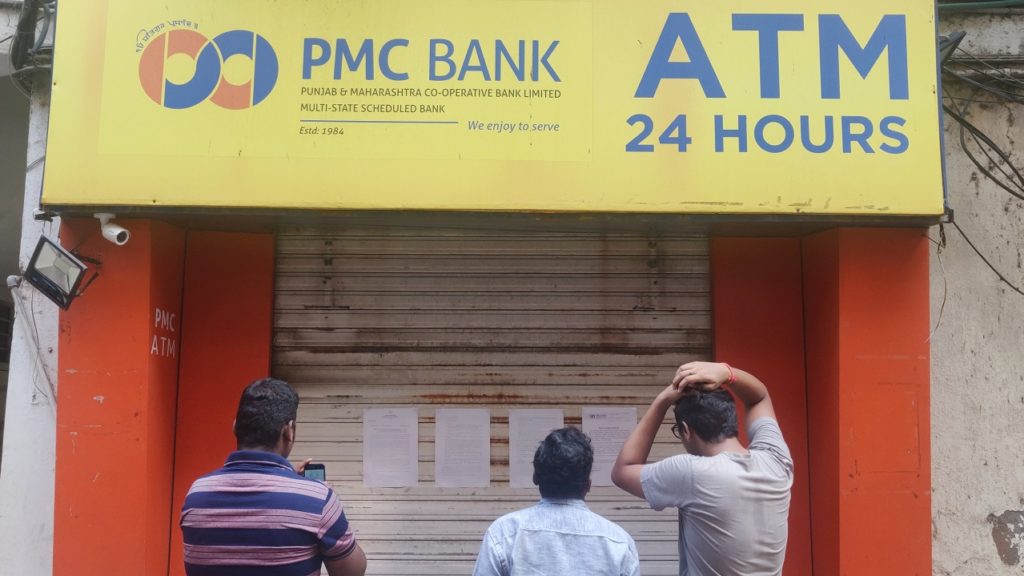 Speculation was rife that the bank had an exposure of Rs 400 crore to one of the real estate firms, HDIL, which filed for bankruptcy recently. PMC Bank’s chairman S Waryam Singh was on the board of HDIL in 2015.
Angry Customers across India took to Social media and questioned the wisdom of RBI in this issue and also expressed their disappointment.
“And what should the account holder do on receiving this message. Rs 1,000 is all that we can withdraw over 6months.
We stopped keeping cash at home because you encouraged online transaction and now we can’t even withdraw our own hard-earned money,” tweeted an angry Amruta Lokhande, a depositor with the bank. 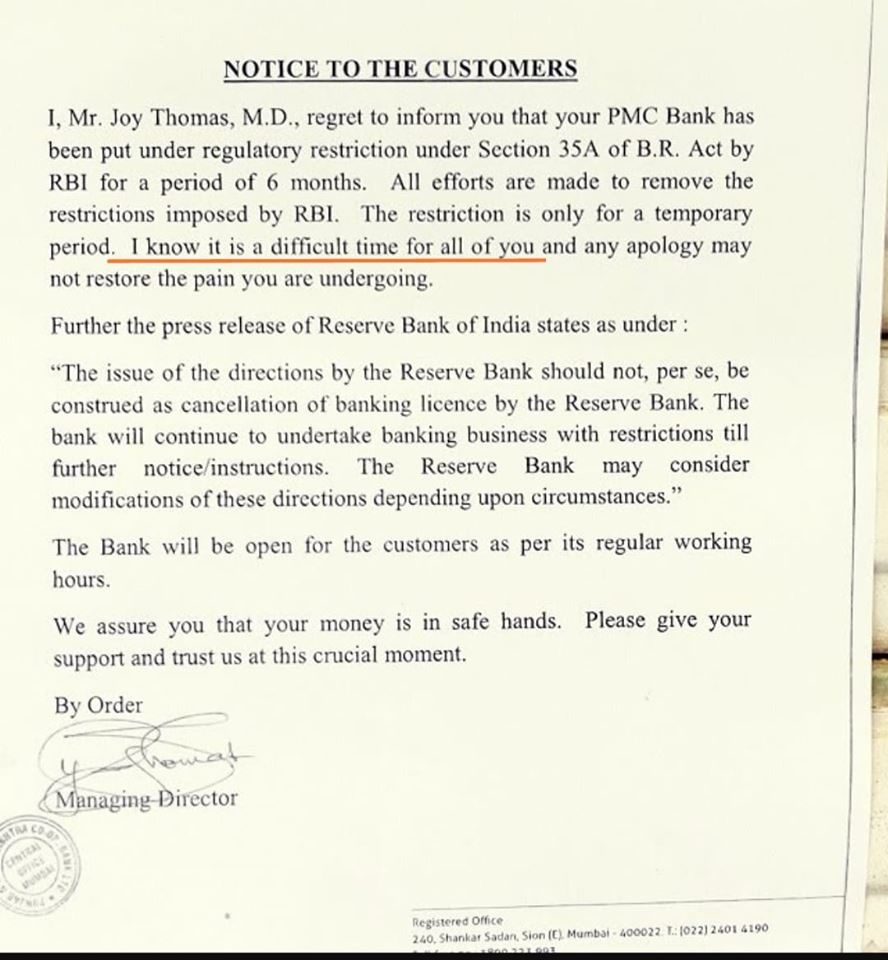 While the central bank cannot take any action unilaterally, it suggests a plan of action to the state government and leaves it to the discretion of the state on whether the lender should continue to operate or wind up.

“PMC Bank has been put under regulatory restriction under Section 35A of the Banking Regulation Act for a period of six months due to irregularities disclosed to RBI,” the bank’s managing director Joy Thomas said in a message to depositors.
“I take responsibility and assure all the depositors that these irregularities will be rectified in six months. I know it is a difficult time for all of you. We assure (you) that we will definitely overcome this situation and stand strong.”

Guangzhou Research study and ISHRAE suggestions for usage of Air-Conditioner

Share via The Central Board of Secondary Education (CBSE) on Thursday informed the Supreme Court that it will not conduct the class 10th examination while the students of Class 12th will be given an option of appearing in exams after conditions are conducive.   The Class 12 students will get the option to appear in examinations Read More…

Share via Bank  cashier was shot dead and three persons were injured after some unidentified people entered a bank in southwest Delhi’s Dwarka on Friday and fled with over Rs 2 lakh, police said. Police were informed about firing at a Corporation Bank branch in Khaira village at 3.45 pm, they said. Six masked people Read More…

78. Keep away from the vicious.