Skip to content
Share via
Economic experts & Chamber of commerce in Kashmir put across straight that is due to abrogation of article 370 the net accumulation of tourism loss in both ladak and kashmir mounts to more than 2000 Crores
The nightmare of Kashmirs started with abrogation of article 370 and separation of kashmir in to two Union territories , followed by pandemic then the border tension in eastern Ladakh have hit tourism, the mainstay of the economy in the region, hard.
Pangong Tso is a long, narrow and deep lake situated at a height of more than 14,000 ft. The 135 km-long lake is six km wide at its broadest point. The 45 km-long western part of the lake is under Indian control, while the rest is now controlled by China. The lake began to attract tourists since the Bollywood hit 3 Idiots was shot there in 2009. 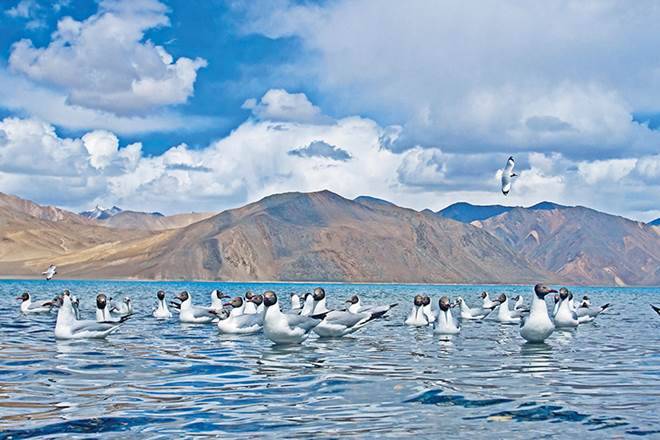 “Pangong Lake is the most sought destination and majority of people visit Ladakh because of this famed lake. There won’t be any tourism next year either if the prevailing situation continues along the LAC,” said Namgyar General Secretary of Ladakh Tour and Travel Agents Operators
“All the money I had saved has been exhausted. This year has been a zero income for 350 travel agencies operating in Ladakh,” he added
Sonam (60), a resident from Chumathang, a village bordering Leh, exclaims that he had never seen such a huge military build-up along the LAC.
“Shepherds are unable to take their sheep for grazing near the LAC because of the prevailing tension,” he adds to explain that even farmers have been affected.
The sparse population in Chumathang and other nearby villages are dependent on agriculture and goat rearing. 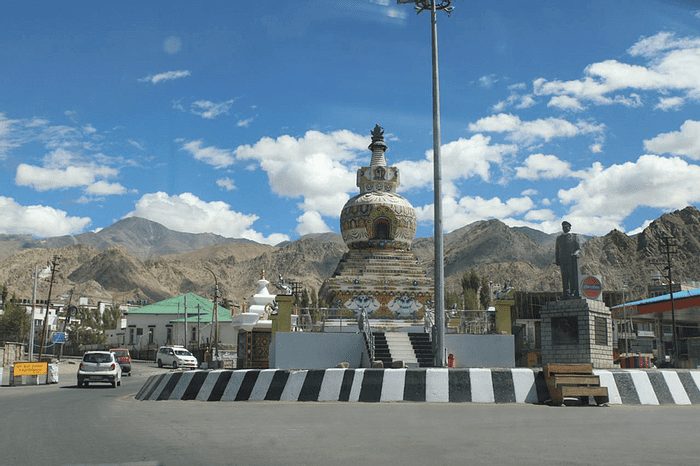 Mohammad Ashraf (50), a Srinagar resident has been selling handicrafts in Leh for many years. But this time, he is selling fruits and vegetables. “There is still a market for vegetables but not for handicrafts,” he adds wryly
Traders could not import goods from China this year, says Gormit Kunchak (62), a footpath vendor in Leh. “We are still selling Chinese toffees which were bought last year.
But our business is shut,” said Kunchak, a resident of Beema village, 150 kms from Leh. Every sector has been affected, he informs. Transporters are badly hit. And few are able to feed their families.
“Representatives of hoteliers, transporters, restaurant owners have presented a memorandum to the Lieutenant Governor seeking relief,” says Tsewang Yangjor, a prominent hotelier.
Tundu Prunbo, a student, explained, “People are not allowed to go to Pangong. It has had a huge impact on nomads. We will lose grazing land, cattle and nomadic tribes,” he explained.

Share via In a strong rebuff to hate mongers, the Muslim community and a sole Kashmiri Pandit family have got together to restore the 80-year-old temple, which has not been used ever since the Hindus migrated from there due to militancy in 1990.   Barely 12 kilometres from the blast site where 40 CRPF men Read More…

Share via In a major setback to Modi government., bid to designate Pakistan-based terror group Jaish-e-Mohammed’s chief Masood Azhar as a global terrorist, China on Wednesday put a technical hold on a proposal in the UN Security Council to ban him following the Pulwama terror attack.   The proposal to designate Azhar under the 1267 Read More…

Govt extends ban on import of milk products from China

Share via Indian government has further extended the ban on import of milk and its products, including chocolates, from China for four months till April 23 next year, according to a notification of the commerce ministry issued Monday.   “Prohibition on import of milk, milk products (including chocolates, chocolate products, candies, confectionary food preparations with Read More…