Skip to content
Share via
The coronavirus short 4 hrs notice by BJP led Modi Government for 21 days lockdown on march 25th that has been extended again and again until June 1st has triggered a massive movement of million of  migrant workers  who got stranded  across the country  who  faced hunger and lack of proper housing decided to return to their native places.
The migrants have been making long journeys more than 1000 kms  on foot with hunger after public  transports came to a total halt ..

Earlier after lot of accidents on road and railway tracks had  happened during lockdown involving migrants various PILs knocked Supreme Court doors but it failed to convince the honourable bench comprising Justices L Nageswara Rao, S K Kaul and B R Gavai and the bench observed that it was not possible for the Court to monitor the situation, and said that it is up to the State Governments to take appropriate actions in that regard.

“How can we stop them from walking? It is impossible for this Court to monitor who is walking and who is not walking?”, observed Justice L Nageswara Rao, who led the bench.

Indians during lockdown  witnessed a nearly impossible Herculean task and hearing that event  American president daughter Ivanka Trump could not hide her emotions and praised a teenage girl of 15 yrs age after she  peddled 1200 kms by bicycle carrying her ailing father to Bihar. 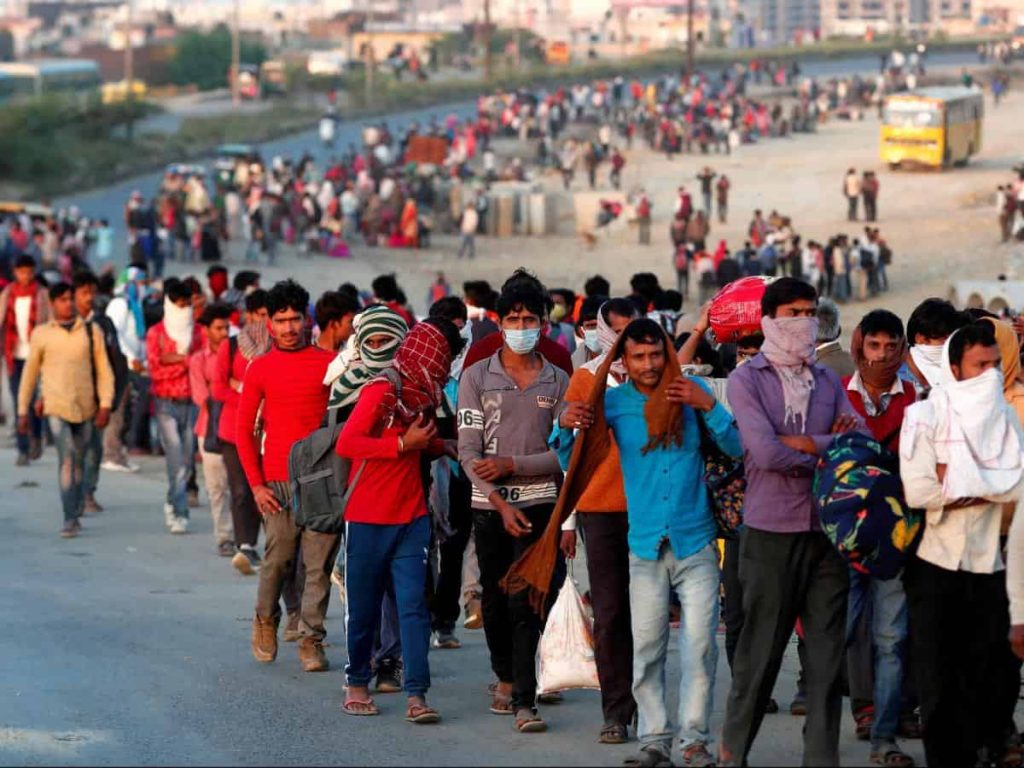 Last Sunday Senior advocate Dushyanth Dave spoken during a virtual seminar has not minced words but rather crystal clearly put forth   that judges are not doing their duties in the case of Migrant workers . When the Supreme Court has not passed orders to hold the executive answerable, the High Courts are bound to take a cue, the Senior Advocate remarked, ruing that this is leading to a “systematic collapse of the judicial powers.” he added
Civil commotions witnessed  across India at various places where the migrants been kept  at large numbers but in  small areas  boycotting  social distancing factor  by regulating bodies
In these prevailing  circmstances  today  that is after 61 days of lock down A bench of Justices Ashok Bhushan, Sanjay Kishan Kaul and M R Shah issued notice to the Centre, states and Union Territories and sought their replies by May 28 on the steps taken to redeem the situation.
The apex court has noted that though the Centre and the states have taken measures, there have been certain lapses. The Bench also noted how the media has constantly been showing the plight of the migrant workers “walking bare-foot”.
“The newspaper reports and the media reports have been continuously showing the unfortunate and miserable conditions of migrant labourers walking on-foot and cycles from long distances.

They have also been complaining of not being provided food and water by the administration at places where they were stranded or in the way i.e. highways from which they proceeded on-foot, cycles or other modes of transport,” the Supreme Court noted.
The court has further noted that as the country continues to be in lockdown, the migrant workers need “succour and help by the concerned Governments”, and that “steps need to be taken by the Government of India, State Governments/ Union Territories in this difficult situation to extend helping hand to these migrant labourers.” 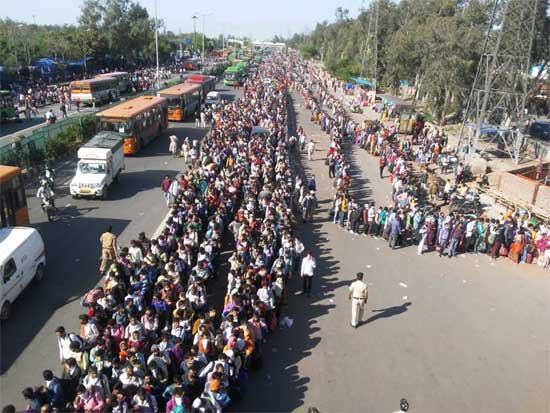 In its order, the three-judge Bench has stated that it had received communication from different sectors highlighting the plight of migrant workers. It goes on to note how the “crisis of migrant labourers is even continuing today with large sections still stranded on roads, highways, railway stations and state borders.”
The top court listed the matter for May 28 and asked Solicitor General Tushar Mehta to assist it on the issue.
Supreme Court finally taken the case on Suo moto basics is just a beginning .  The painful  plight of the  migrant workers and their  hardships they have faced and facing  due to sudden lock down will they  be given proper guidance and humanly treatment by the  honourable Judges is not just  the expectations from  People of India across all sections  but remains as their silent prayers
Hope  Honourable Judges swiftly hear hidden tumult inside the  silence of migrants and render Justice at earliest

SaVeRa
SaVeRa Has completed Applied Sciences in Thaigarajar Engineering College, Madurai and done PG Diploma in Foreign Trade and also obtained “Distinction“ in MBA from Madras university, Chennai. He Worked in UAE in International Trade for two years and then Started own business the age of 28... Due to genocide problem in Srilanka he resigned his treasurer post Indian Asean Srilanka Chamber of Commerce in 2009. He petitioned Sailesh Gandhi, Information Commissioner who is also grandson of Mahatma Gandhi and obtained the right to obtain Information from Central goverment under 8(1)(h) of RTI act. He has urge for writing and thanks to the advice from his friends founded splco.me a social media channel. He has interests in Aquarium, Organic Agriculture and reading.
https://www.splco.me

Share via The GST Council Saturday reduced tax rates on 23 goods and services, including movie tickets, TV and monitor screens and power banks, and exempted frozen and preserved vegetables from the levy.   The reduced rates are likely to come into effect from January 1, 2019, Finance Minister Arun Jaitley told reporters after the Read More…

Share via A day after Assembly results gave a jolt to ruling BJP, Parliament started on a stormy note as parties forced an adjournment till noon over various issues in Lok Sabha and Rajya Sabha.   In the Lower House, Shiv Sena, TDP and AIADMK led vociferous protests over various issues.   Sena had submitted Read More…

Share via     The Nepal government has banned the use of Indian currency notes of Rs 2,000, Rs 500 and Rs 200 denominations, a move that could affect Indian tourists visiting the Himalayan nation where Indian currency is widely used.   Indian currency is extensively used by Nepalese people and businesses for their savings Read More…

COVID-19 Continuation may cause brain inflammation other nerve disease : Researchers